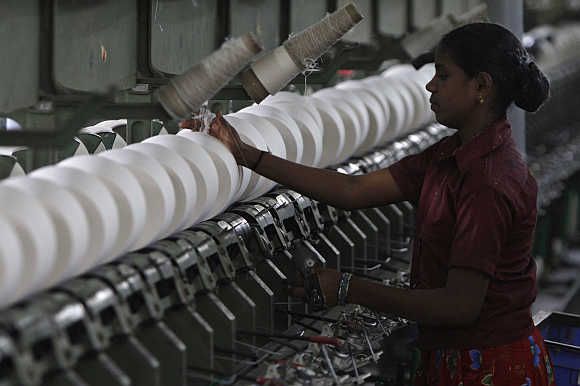 In the fifth of a six-part series, Business Standard visits Coimbatore, often referred to as the Manchester of South India for its promising textile industry, to assess the impact of the note ban.

The narrow lanes of Coimbatore’s Edayarpalayam, Luna Nagar and Ganapathy are not as lively as they once were.

Up until the beginning of November, these lanes were busy with small units producing nuts and bolts, and other engineering products. But ever since the government's ban on old Rs 500 and Rs 1,000 notes, these lanes now wear a deserted look and these small units face the threat of cessation of operations, as they are unable to pay their workers.

Coimbatore, a textile and engineering hub, is now facing a cash crunch. Most industries here need between Rs 1,500 and Rs 15,000 in cash to run their day-to-day operations but are now struggling to withdraw money from banks.

J James, president of Tamil Nadu Association of Cottage and Micro Enterprises based in Coimbatore, calls the current situation as a “state of emergency”. He says, despite the units having cash credit accounts that enable them to withdraw up to Rs 50,000 a week, banks are turning them away as they don't have enough cash.

James and others had raised the issue at a meeting on November 23, chaired by a joint secretary for urban development at Coimbatore collectorate. Similar views were expressed by farmers too.

A banker present at the meeting responded saying banks don't have enough cash to disburse. He said most bank branches might have anywhere between Rs 5-10 lakh of cash and if small industries were to withdraw Rs 50,000 each, the former won't be left with much cash to satisfy common people's requirements.

There are about 25,000-30,000 small units in Coimbatore itself and the number is almost four times in the neighbouring areas. On an average, these units employ 4-10 people and nearly 40 per cent are migrant workers. These workers get paid on a daily or weekly basis. Since these units are not able to pay wages, the workers are not turning up for work. James claims that currently, at least 25-30 per cent of the units are not operational.

The Coimbatore District Small Scale Industries Association says small industries deal in cash transactions for their day to day business and pay wages to the workers between the 7th and 10th of every month. Prime Minister Narendra Modi had announced the withdrawal of Rs 500 and Rs 1,000 notes from November 9 and this development came at a time when these units had just started coming out of a power crisis and the impact of the economy in the past three-four years.

M Leelakrishnan, who runs a small fabric unit at Somayampalayam, says after nearly four years of struggle, in the the past four months he had started seeing some money, but now demonetisation has hit him hard and he wasn't able to convert orders into jobs. Most of his business was carried out on cash-and-carry basis.

V Sundaram, president of CODISSIA agrees. He says small units, that are dependent on job orders from medium units, spend about Rs 8,000 on an average a day, of which Rs 5,000-6,000 are cash transactions. Most of these units make their purchases in the morning for the day's operations. For example, foundries have to buy scrap, which works on cash-and-carry transactions. Demonetisation has made it tough to carry out such transactions.

S Sadhanupillai from Ganapathy said the issue might also affect servicing of loans. The lack of business could turn their loans into bad loans, triggering another episode of trouble for these small firms.

During the meeting, these units had asked for a waiver of sales tax and duty for six months and also the interest for the loans they had taken. They had complained that even the government, including the Railways, were delaying the payments for the job orders.

M Senthil Kumar, SIMA chairman, said a representation was sent to the Union Textiles Minister Smriti Irani appealing to the government to announce a slew of remedial measures for mitigating the financial impact of demonetisation on the textile industry.

He said that stocks have started piling up across the value chain of the textile industry and the units are not in a position to collect any receivables, thereby, seriously affecting the cash flow of the industry.

Cotton price, too, had increased by about Rs 2,000 per candy, as cotton arriving in the market had come to a grinding halt in the first 10 days after demonetisation, he said. However, it has currently improved to the level of 50-60 per cent. “It might take at least six months for the textile industry to reach normalcy in its performance,” Kumar said. 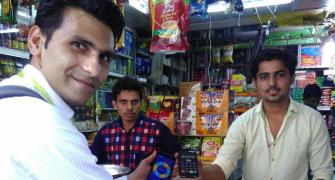 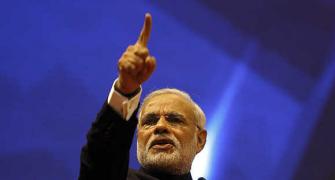 Modi takes to LinkedIn to pitch for cashless transactions 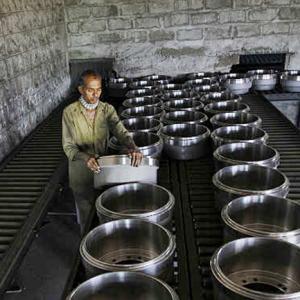