Besides, auditors are required to mention in their reports whether the companies have made adequate disclosures about dealings in junked notes during demonetisation 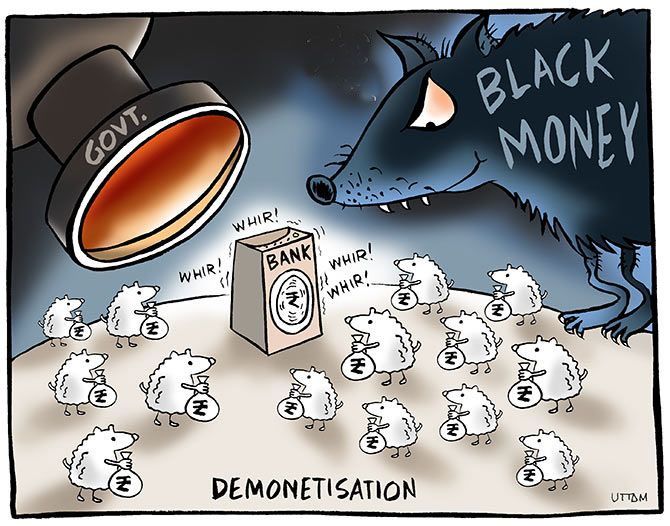 Besides, auditors are required to mention in their reports whether the companies have made adequate disclosures about dealings in junked notes during the specified period.

From November 8 till December 30, 2016, entities, including individuals, were allowed to deposit the invalid notes with banks. For a brief period, exchange of junked notes was also permitted.

The corporate affairs ministry, which is implementing the Companies Act, has asked all registered firms to provide details about the scrapped notes during the said period in their annual balance sheets.

"Every company shall disclose the details of Specified Bank Notes (SBNs) held and transacted during the period from November 8, 2016 to 30th December, 2016" in a given tabular form, according to a notification. SBNs are the demonetised notes.

The companies are required to mention "closing cash in hand" as on November 8 and on December 30.

Among others, corporate have to furnish information about "permitted payments" and amount deposited in banks using the junked notes.

In this regard, amendments have been made in certain provisions of the Companies Act, 2013.

Further, the ministry has directed auditors to mention whether a particular company has given necessary disclosures regarding holdings as well as dealings involving scrapped notes during November 8 and December 30, 2016.

Auditors have to state "whether the company had provided requisite disclosures in its financial statements as to holdings as well as dealings in SBN during the period from November 8, 2016 to December 30, 2016 and if so, whether these are in accordance with the books of accounts maintained by the company".

The requirement is under the Companies (Audit and Auditors) Amendment Rules, 2017.

Apex body of chartered accountants ICAI has asked its members to take care of the latest amendments made by the ministry with respect to the abolished notes.

"We request you to please note the amendment and take care in your professional capacity for disclosure requirements and reporting requirements while accounting and auditing the financial statements for 2016-17," ICAI said in a notice.

Post demonetisation, use of the scrapped notes were allowed in certain areas, including for paying utility bills and highway tolls, buying fuel and air tickets.

While the junked notes cannot be used or deposited anymore, NRIs have been allowed to exchange them at the select offices of the Reserve Bank of India (RBI) till June end.