Financial regulators seem to have acknowledged that in India, cash is king. A little over seven months after demonetisation, as on June 16, the currency in circulation stood at Rs 15.29 lakh crore, or 86.2 per cent of the pre-demonetisation level of Rs 17.74 lakh crore.

The currency with the public will continue to rise as more notes get printed, and so will cash transactions, which State Bank of India (SBI) chairman Arundhati Bhattacharya termed as a “bad habit”.

“In the wake of demonetisation, digital transactions have got a substantial push.

While the period of observation is not sufficiently long to derive definitive conclusions, normalisation of notes in circulation appears to be dampening the growth of digital transactions,” said the latest financial stability report, which is published by the Reserve Bank of India on behalf of all financial regulators.

The government has given a major push towards unified payment interface (UPI)-based BHIM app, which enables people to transfer payments in an instant via their mobile phones.

But the adoption rate of this app is not yet as broad-based as was expected.

However, to deter customers from using cash, some banks have put heavy cash handling charges in branches above certain limits.

Also, restrictions on withdrawal from automated teller machines (ATMs) are also back as they were before demonetisation exercise.

The RBI has provided data of total retail electronic clearing till April, which includes data for all kinds of digital instruments, including cards.

But the data set is up to April. The central bank does provide a segregated data set that is much recent, but that is a set of a few representative banks and do not capture the entire banking system.

Traditional cards and prepaid instruments still significantly dominate the retail payment platforms, both in value and volume, the report said. Interestingly, in March, digital transactions peaked sharply, but then dropped almost equally in April and has remained almost same in May and June. 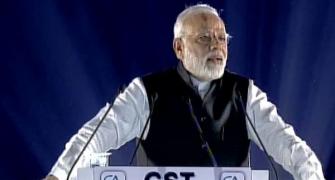 Warn anyone with black money, they will not be spared: Modi to CAs

Has note ban boosted tax base? Answer is in the detail