Experts warn of over-interpreting the numbers and said their sustainability needed to be watched beyond November, says Indivjal Dhasmana. Will the uptick in goods and services tax (GST) collection, which crossed Rs 1 trillion for the first time in eight months this October, sustain?

The question is critical because the October mop-up was largely due to unlocking from September onwards.

Collection in any month is for the business done the previous month.

At Rs 1.05 trillion, the mop-up was not only 10 per cent higher than the Rs 95,379 crore a year ago but almost equal to that in February, which was before the lockdown.

The government said year-on-year growth and the 4 per cent rise in collection over the previous month showed signs of economic recovery and of growing revenues.

He said: “In September, it was 4 per cent higher year-on-year. If there was pent-up demand, it should have come down in October. But, October collection was 10 per cent higher on a yearly basis.”

He said there were signs of recovery over the past few months on various parameters, including electricity consumption and the purchasing managers' index, apart from GST collection.

He gave statistics to buttress his point.

“E-way bill generation in October was 21 per cent higher than in the same month last year. Besides, 2.9 million e-invoices were generated till October 30. All these figures stand testimony to the strength of the economy. Pent-up demand or past demand carry-over will be a small component, but the economy is touching pre-Covid levels. It is entering growth territory on a month-on-month basis,” he pointed out.

However, experts warn of over-interpreting the numbers and said their sustainability needed to be watched beyond November. Aditi Nayar, principal economist, ICRA, said to a large extent, the uptick in GST collection in recent months appeared to have benefited from pent-up demand, the building up inventories before the festive season, as well as the recent introduction of e-invoicing.

“While demand for many items seems to have surged in the recent period, it is unlikely to sustain at this pace after the festive season is over. We remain circumspect about the durability of the spikes being seen in various sectors, and therefore of healthy headline GST collection after November,” she said.

ICRA estimated a real GDP contraction at 11 per cent in FY21, she said.

“We will revisit this projection in early December, after the data for Q2 in FY21 is released by the NSO (National Statistical Office). By then, there will be greater clarity on the likelihood of the endurance of the festive season uptick, as well as the pace of new Covid-19 infections domestically and in major trading partners during the colder months.”

The department of economic affairs, in its monthly bulletin for October, cautioned that the second wave of Covid-19 could derail economic recovery and warned against the breach of social distancing.

It, however, said the economy had been recovering at a fast pace and was likely to reach pre-Covid levels by the end of the current fiscal year. Cautioning about a fresh wave of the pandemic, it said: “A steady contraction of active Covid cases and a low case fatality rate have instilled measured optimism in India that the worst is behind us. But a second wave of the pandemic in advanced nations is a grim reminder of how reality hits back when caution is compromised.”

It, however, said overall consumption was expected to see a further uptick in the coming months.

M S Mani, partner at Deloitte India, said the next two months were expected to be robust from the GST collection standpoint due to pent-up demand and the festive season.

“Collection would depend on the pace of revival of economic activities, business conditions, the impact of the next phase of e-invoicing roll-out, etc,” he said.

Archit Gupta, chief executive officer of Cleartax, said: “Improvement in GST collection will continue for some time as the festive season progresses.”

The government has made e-invoicing mandatory for firms having an annual turnover of at least Rs 500 crore.

It will be made mandatory for those having an annual turnover of at least Rs 100 crore from January 1 next year and for all firms from April 1, 2021. 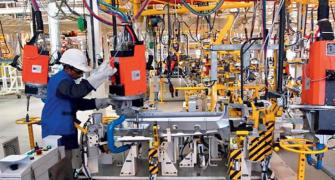