The country’s first Health and Wellness Centre, a second component of Ayushman Bharat, was inaugurated by Prime Minister Narendra Modi in April at Jangla in Chhattisgarh.

From next week, people will have two options to choose from: either visit the centre or, now that all states are going to be covered by Ayushman Bharat, visit the hospital in other states.

The third of the four-part series looks at the state's readiness for India's biggest public health scheme. 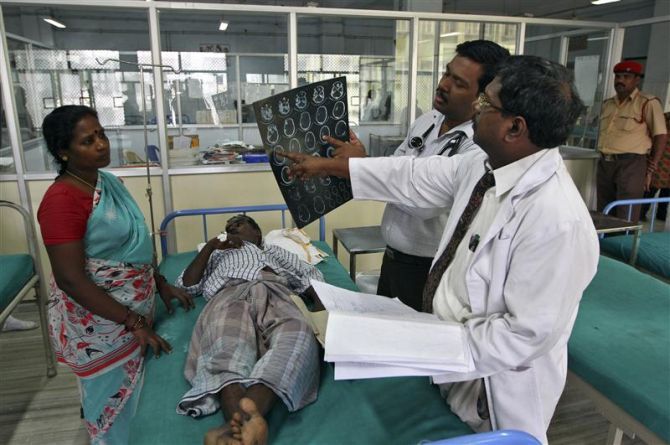 Part 2: Panipat: Where the health of Ayushman Bharat is in a shambles

He was rushed to the nearest hospital about 60 km away in Bhadrachalam in the neighbouring state of Telangana.

The 60-year-old farm labourer, whose village lies in the “liberated zone” of the Naxalites, was admitted to a private hospital for his lung infection.

When his relatives presented his health card, the hospital authorities in Telangana refused to accept it.

The card had been issued under the Chhattisgarh government’s ambitious health insurance scheme, the Mukhyamantri Swasthya Bima Yojana for non-BPL families and was valid only within the state.

Cherpa recuperated and was asked to follow up on the treatment. On two such visits, he had to stay back for a couple of days in Bhadrachalam for further tests.

“When I returned home, the Naxalites summoned me and interrogated harshly about whether I had been to the police to pass on information about them,” he said.

In Pamed village, the residents cannot leave without receiving prior permission from the Naxalites.

These days Cherpa is not only better but relaxed. Next time he falls ill, he no longer has to cross the state border from Chhattisgarh to Telangana and will not have to face a grilling from the Naxalites in his area.

That’s because he can now get medical treatment in the new Health and Wellness Centre at Jangla, about 80 km from his home in his own state which opened after he fell sick.

The centre is the country’s first and was inaugurated by Prime Minister Narendra Modi in April as part of the launch of the government’s ambitious national health protection scheme, Ayushman Bharat, which will roll out from September 25 and aims to cover 10 crore poor and vulnerable families.

The Health and Wellness Centre is a second component of Ayushman Bharat, in addition to the health insurance cover.

Cherpa will have two options in future: either visit the centre or, now that all states are going to be covered by Ayushman Bharat, he can visit the hospital at Bhadrachalam in Telangana too.

In Chhattisgarh, 40 lakh BPL smart card holders under the state’s existing MSBY will be beneficiaries of Ayushman Bharat.

”We will be merging MSBY with Ayushman and those beneficiaries not covered under the national scheme will continue to benefit from the MSBY which will continue for non-BPL families,” said R Prasanna, the state’s health director.

Families pay a one-time fee of Rs 30 for getting an insurance (smart) card and the government pays the annual insurance premium for them.

Each family needs only one card. In Chhattisgarh, awareness of a smart health card is very high and the usage rate is one of the highest in the country.

“Chhattisgarh is seen as a well performing state when it comes to the national health insurance scheme as it has achieved enrolment of around 90 per cent of the 60 lakh families in the state by issuing 55 lakh cards,” said Prasanna.

The beneficiaries of Ayushman Bharat will number 40 lakh families as it covers only BPL families. For the rest, the state scheme will continue.

How ready is the state, which has been chosen for the pilot project, to launch Ayushman Bharat?

“Whenever the Centre says, we are ready to launch,” said Prasanna.

It is presently waiting for the tests on the software that has been developed in New Delhi to be completed, which is why a full-fledged launch has not happened.

But the tenders for selecting the insurance companies are being finalised.

Deciding which private hospitals come on board will depend on how the insurers empanel hospitals.

The Ayushman Bharat cards have arrived and will be distributed once the Centre gives the go-ahead.

About 135 Wellness and Health Centres have been identified for Ayushman Bharat.

“For each centre, Rs 64,000 has been issued for upgradation,” said GS Dau, a government doctor posted in Lormi, Mungeli district.

He says that people are enthusiastic, especially after hearing that the health insurance cover will increase tenfold from Rs 50,000 to Rs 500,000.

Motilal Dewangan, who runs a tea stall in Mungeli, was initially not interested in a card but when the government increased the cover, he shut his shop for two days to battle the long queues to get one.

Some experts are, however, sceptical about the present model. “The Ayushman Bharat scheme seems to have been designed without consulting the doctors,” said ENT specialist Rakesh Gupta.

He believes the budget provision for it is inadequate and also warns that, since doctors have not been consulted, it could turn out that some of the diseases which patients and hospitals think are going to be covered under the scheme, may not in fact be covered, given the small size of the premium.

The result, he says, could be conflicts between private hospital managements and insurance companies. Gupta suggested the formation of a trust to monitor the execution of the scheme and urged ‘maximum precaution’ in selecting the network of hospitals.

Gupta, who heads the Congress party’s medical cell, said the package rate and premium for the insurance company is low.

“When the volume of claims increases, the insurance company in the given premium will bear the loss and ultimately the patient will feel the heat,” he said.

Technical issues could also arise, he added. “The authorities should look into the technical issues as many pockets of the state do not have internet connectivity.

"The thumb impression needed to activate the card will be taken by a biometric device that requires the internet,” he said.

Doctors says that in rural areas, insurance agents often tell families to use their health insurance card only for serious illnesses so as to avoid exhausting the Rs 50,000 cover on minor ailments.

Dewangan, for example, was given this advice. Last month, when his wife fell ill with fever and fatigue, Dewangan avoided using his card.

He bought some medicine from a local chemist but his wife’s condition deteriorated. Eventually, she was rushed to a private hospital and diagnosed with pneumonia.

She recovered after 20 days. Mewangan ended up paying for the treatment from his own pocket. In future, with greater cover, he won’t have to agonise as to which ailment he can use his card for. 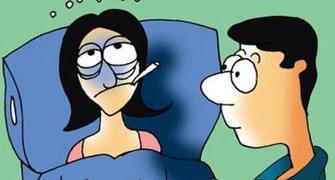 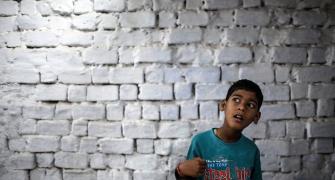 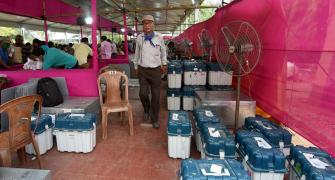 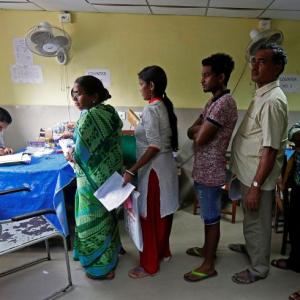