Budget 2019: In a first, India to issue sovereign bonds in global market

The government planned to borrow 10-15 per cent of the total borrowing offshore. That works out to at least Rs 71,000 crore, or about $10.4 billion at Friday’s exchange rate. 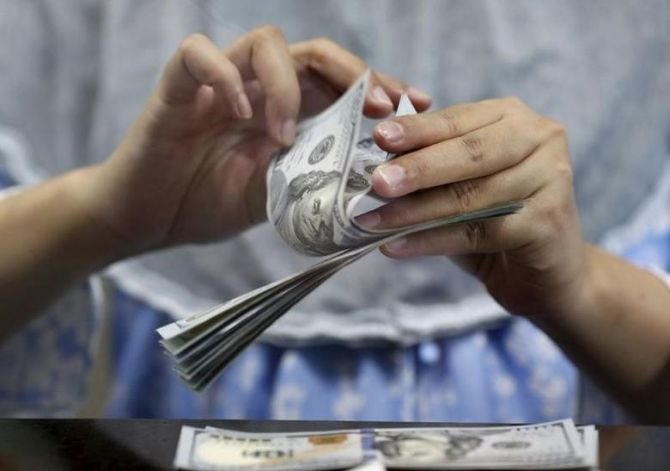 The government will finally introduce an Indian sovereign bond to the world, which can be used to mop up at least $10 billion, or about Rs 70,000 crore, according to tentative plans.

“India’s sovereign external debt to GDP (gross domestic product) is among the lowest globally at less than 5 per cent.

"This will also have beneficial impact on demand situation for the government securities in domestic market,” Finance Minister Nirmala Sitharaman said in her maiden Budget speech for 2019-20.

The 10-year bond yields nosedived to 6.63 per cent after this announcement, from 6.75 per cent before the Budget.

The yields rose later on profit booking to close at 6.69 per cent.

Bond dealers said the yields would likely fall to 6.40-6.50 per cent level soon, albeit through two-way movements.

This is same as the interim budget. The bond yields climbed back.

Later in the day, Economic Affairs Secretary and Finance Secretary Subhash Garg told reporters that the government planned to borrow 10-15 per cent of the total borrowing offshore.

Experts termed it a good move, if done in moderation. Some Latin American countries fell into serious trouble after letting their sovereign borrowing rise to 30-40 per cent of the gross domestic product, pointed out Ananth Narayanan, associate professor at S P Jain Institute of Management and Research, Mumbai.

“The issuance of offshore bonds frees up resources for domestic savings and production, and it creates a benchmark for Indian companies to raise money abroad.

"Currently, we really don’t have a benchmark,” Narayanan said.

By issuing the bonds, however, the government will have to manage its policies extremely well. And this would require fiscal discipline, since all sorts of investors would be looking at India’s numbers closely.

“It will lift the pressure on Indian financial sector and will force discipline on current and future governments,” said Jayesh Mehta, head of treasury at Bank of America Merrill Lynch.

According to Harihar Krishnamurthy, head of treasury at FirstRand Bank, now is the perfect time to raise the money, considering that overseas yields are low, and some European bonds have even dipped in negative territory.

This will allow fund raising by India extremely cheap.

This may also help the Indian bonds to get into global bond indices, thereby immediately diversifying the investor base.

However, there is a downside to it as the papers get exposed to global vulnerabilities.

Narayan pointed out that whenever there is a sovereign bond involved, a credit default swap curve develops that attracts the attention of speculators.

That is why it is important that India doesn’t extend itself much in overseas markets.

A senior treasurer with a bank said that with fiscal deficit at 3.3 per cent of the GDP, there was no need to go to foreign shores.

“We have managed to survive at 6.5 per cent deficit. We didn’t suffer from the credit crisis because the sovereign bond was not held by foreign investors who could short sell the bonds and create panic in the domestic market,” said the treasurer.

In an interview to CNBC-TV18, former RBI deputy governor Rakesh Mohan, currently a member of the Bimal Jalan committee on RBI's economic capital, said the government’s proposal was a “dangerous move.”

India’s “actual” fiscal deficit is about 6-7 per cent and one of the highest in the world, he said, but “we have been able to live with this for a long time with financial stability as we have not been doing external sovereign borrowing”.

Not everyone shares the view though.

“Any international paper can be beaten down when there is stress, but for a country that has strong macrofundamental, and where the chance of fundamentals going wrong is extremely low, it is highly unlikely that India will ever face such attacks,” said Krishnamurthy.

India has never issued an offshore sovereign bond, but there were bonds issued by others that were guaranteed by the sovereign.