Calibrated globalisation used to be the Bharatiya Janata Party's buzz word for doing it differently.

Accusing the Congress Party of opening up too fast to external flows, of goods and capital, echoing the worries of the now forgotten "Bombay Club" and mindful of the internal critics like the Swadeshi Jagran Manch, the BJP used to claim that its own model was one of opening up step by step.

It is an art that the Congress Party and the government led by it has perfected. This year's budget takes several steps in the direction of external liberalisation. These must be viewed against the background of renewed concerns about external vulnerabilities, beginning with the trans-Atlantic financial crisis and since enhanced by trends in commodity prices and foreign trade.

Nursing a ballooning trade deficit and a slightly uncomfortable current account deficit, with renewed concerns about a slowing down of foreign direct investment, the Union budget has opened up on the capital account to facilitate foreign funds inflow.

The decision to allow mutual funds registered with the Securities and Exchange Board of India (SEBI) to accept subscriptions into equity schemes from foreign investors who meet the 'know-your-customer' (KYC) norms is an important step towards further infusion of foreign funds into the Indian capital market.

It is equally important towards capital account convertibility. Another announcement that also seeks to attract foreign funds into India is the decision to enhance investment limits for foreign institutional investors (FIIs) investing in corporate bonds issued in the infrastructure sector.

The globalisation of the Indian economy is no longer a one-way street. The lowering of the rate of tax on dividends received by an Indian company from its foreign subsidiary to 15 per cent, bringing this in line with global levels, is an important signal to India Inc that the government does not view the outflow of capital from India in a negative light.

Rather, it takes a strategic view of such investments and is willing to treat Indian "multinationals" on par with global firms.

There has been some caution on the tariff front, with peak rate of customs duty held at the current level. This is not necessarily a product of protectionist timidity, given that India is negotiating free trade agreements even with developed economies like Japan and the European Union.

It is more a gesture to Indian business at a time when India's trade deficit is on the rise. That this is so is demonstrated by the decision to reduce basic customs duty on various times aimed at encouraging domestic value addition vis-à-vis imports and remove duty inversion and anomalies that had distorted the tariff structure in manufacturing.

Further, the increase in export duty on iron ore is also an industrial policy move rather than a purely trade policy intervention.

While all this is welcome, the continuation of various industry specific and commodity specific exemptions and imposts suggests that politicians still like to play God and be viewed as dispensers of munificence rather than upholders of good governance.

That, unfortunately, is the downside of the theory of 'calibrated globalisation'. It empowers the calibrator!

Hence, over time the margin for discretion should be reduced, without necessarily taking away the government's ability to deal with external shocks. That kind of calibration is universal. 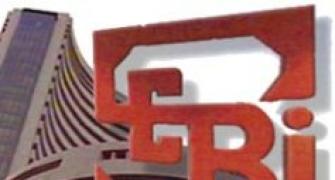 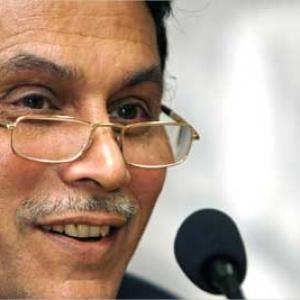