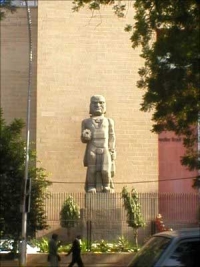 The Reserve Bank of India appreciated the government's effort to bring down the fiscal deficit and said it would help the central bank tackle the demand side pressure of inflation.

"The combined impact of revenue and expenditure has resulted in 2010-11, a fiscal deficit to GDP ratio of 5.1 per cent which is significantly lower than the budgeted 5.5 per cent.

"The government is clearly committed to maintaining the momentum in disinvestment, so the contribution from this source will hopefully be significant in the coming year and that would help bring in the deficit and the 4.6 per cent estimate for 2011-12 provided some relief in terms of the macroeconomic impact of the fiscal position," Subir Gokarn, deputy governor of Reserve Bank of India said in his reaction to the budget on Monday.

The improvement in fiscal balance is primarily due to the higher-than-anticipated non-tax revenues from the 3G spectrum auctions.

"We have been saying that more extended the fiscal position, more pressure it puts on demand and therefore more difficult it is to manage inflation that is coming from the demand side."

He said the government borrowing programme does not pose too much of a challenge and the borrowing calendar, in consultation with the government, will be ready by March-end.

On the guidelines regarding new bank licences, Gokarn said RBI is in line with the time horizon given in the Budget.
Finance Minister Pranab Mukherjee on Monday said that RBI is expected to announce the guidelines by the end of the current financial year.