From Morgan Stanley to Motilal Oswal, brokerages disappointed with Budget

Despite a slowing economy, the Budget does not envisage any major stimulus through the budgeted fiscal deficit figures, said Goldman Sachs.

Most foreign and domestic brokerages have given a thumbs-down to the Budget 2020 proposals unveiled last week and called it a missed opportunity for the government to revive economic growth.

Auguring that the proposals will not be able to lift economic sentiment as measured by the gross domestic product (GDP), they see more pain for the economy - at least in the short-to-medium term.

While the markets showed their displeasure during the special trading session on Saturday with the S&P BSE Sensex slipping nearly 1,000 points - their worst Budget-day showing since 2009, they remained range-bound in trade on Monday.

Here is what leading brokerages said.

The budget provides a more transparent set of fiscal accounts, focuses on improving quality of expenditure with capex-driven spending and raising resources through asset sales.

It may have missed the opportunity to significantly lift availability of risk capital by not removing long-term capital gains tax.

The budget does not provide help for the ailing rural economy and implies that growth may not show a V-shaped recovery.

It also falls short on laying down a bigger privatisation agenda.

The market expressed disappointment since expectations around these may have been high.

Unless there is a sharp increase in tax compliance, we think it is quite likely that the government will have to cut current spending, as was the case in FY20.

Given fears of an outright fiscal stimulus, the budget is prudent relative to expectations.

We see a potential revenue disappointment of around 0.5 per cent of GDP, which will likely result in lower spending and a partial fiscal slip.

Execution of this intent remains the key risk.

We see the budget as largely neutral for growth and inflation.

A prolonged deleveraging cycle and a clogged financial sector mean that any growth recovery from the current downturn will take much longer.

Equity market’s expectations of a significant growth push - through either major tax cuts (individual, capital gains), or real estate stimulus did not come through.

To be fair, the government did provide some tax relief to individuals, but that is limited in size and comes at a cost.

We think the markets' disappointment with the budget will last a short while, post which MSCI India should continue to move with emerging markets (EM).

The recent mid-cap excitement could lose steam though.

Indian GDP growth should improve on base effects, monetary stimulus and an auto sales recovery. Investors now have to revert to focusing on top down US Fed-driven global liquidity/risk appetite trends, and bottom up profit after tax (PAT) numbers.

From the economy perspective, in sharp contrast to expectations, there were no major boosts to consumption as we had hoped.

Another concern is that investments by the government and central public sector enterprises (CPSEs) are budgeted to remain stagnant in financial year 2020-21 (FY21).

With the fiscal policy accepting its limits and the inefficacy of monetary easing, a meaningful economic revival may not pan out next year.

FY20 revenues are still assuming sharp buoyancy in Q4FY20, which may not come through, and, therefore, could necessitate expenditure rationalisation.

It’s the optimism on non-tax collections front (telecom, divestments) that may challenge the fiscal math.

We think, given weak demand, consolidation could have waited.

Thus, the economy, at best, will see a modest bounce aided by liquidity easing, normalisation in farm cash flows amid rising food inflation, and stabilisation in exports. But the virtuous economic cycle may still be distant. 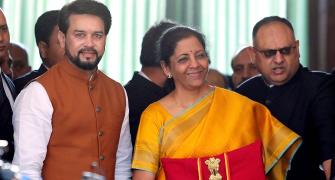 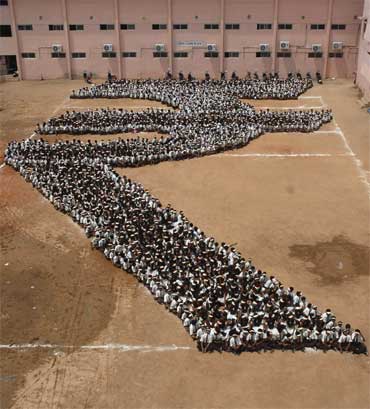