GST will now apply to mutual funds, loan instalments and credit card dues.
Priyadarshani Maji reports on additional costs borrowers and investors will have to fork out. The recently-issued list of FAQs on the goods and services tax by the Central Board of Direct Taxes gives better insight into the rates applicable on financial services.

The good news is that there will be no tax on free services provided by banks, a huge relief for both banks and account holders.

However, the government has levied 18 per cent tax on many financial services, making these more expensive.

It will also be applicable on default in payment of loan instalments and credit card dues.

Hence, you will now have to pay GST on your credit card dues, on exit fees charged by MF houses and on finance lease (borrowing against assets).

The exit load on MFs is typically between 0.5% and 3% of fund value if a withdrawal is made within the stipulated time period, which varies from scheme to scheme.

Though it has been stated that an exit load on a MF will attract GST, fund houses are still not very clear about the issue.

"The changes in GST rates will not become expensive for the investor who is getting out. The exit load is supposed to stay the same for an investor. If an investor takes out the investment, the exit load charged goes back into the scheme. With the revised rate of 18% GST, the scheme will get a lower amount," says Hemant Rastogi, chief executive officer, Wiseinvest Advisors.

"Unless decided otherwise by the asset management company or the industry to charge the investor exit load plus GST, it does not affect an investor," he adds.

In the case of credit card holders, if you don't clear dues of Rs 2,000 with your card provider on time, the late payment will attract GST.

"The current GST rate, which was earlier the 15% service tax, has now been increased to 18%, and is only applicable on card fees and other charges, such as late payment, annual and renewal fees, as was the practice in the pre-GST era," Prasad adds.

Other charges that have gone up include service charges, service fees, documentation fees and brokering charges.

GST will also not be charged on the additional interest component for delayed payment of a loan, as it is exempted from tax.

For Non-Resident Indians, buying an insurance policy will attract this tax.

As GST will now be levied on several financial services, investors and borrowers should plan their finances better.

With additional taxes being levied, delay in payment of such financial services can cost more.

It is definitely a deterrent for borrowers who like to roll over credit card dues.

The bank charges anywhere between 1.5% and 3% per month on this; add GST it will definitely hurt more. 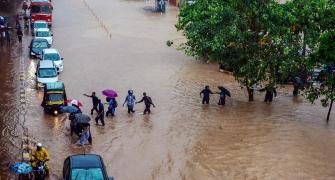