The biometric entry will take place with the consent of the passenger and the present system of check-in will also co-exist. Consent and government oversight will be integral part of India’s plan to provide biometric entry in airports.

These two factors become essential amid the growing concern over privacy rages following the Supreme Court’s (SC) judgment in the Aadhar case.

The government will soon unveil a final policy which will standardise biometric check in system in all airports across the country.

As is the case in global airports such as Schiphol (Amsterdam), Brisbane and Hamad (Doha), travellers could soon enter Indian airports without flashing their identity cards and clear the check-in process through their facial recognition method.

As a part of this plan, government-owned airport operator Airport Authority of India (AAI) will create a joint venture entity with private airports.

“The joint venture entity will be responsible for storing the passenger data and biometric information of the flyer.

"This will be a single source, central database of the data which airport operators will use for the check-in process,” AAI chairman Guruprasad Mohapatra said.

He said the biometric entry will take place with the consent of the passenger and the present system of check-in will also co-exist.

Five airports have been identified where the project will be rolled-out initially.

These include private airports like Bengaluru, Hyderabad and AAI airports - Kolkata, Varanasi and Vijaywada.

According to senior government officials, the objective of creating a single government-owned entity is to ensure the process complies with the government’s data privacy norms.

“The presence of AAI will ensure the entity will abide by all the guidelines of data privacy,” a senior government official said.

While booking the air ticket, the flyer would require to furnish the digital ID.

The details would then be sent to the airport three hours before the departure time.

When he reaches the airport, kiosks with cameras will scan their face and match the details of the flyers if enabling a paperless entry. Similar kiosks will be there at security check-in and boarding gates.

To ensure security of the data, the passenger details will be delinked from the biometric database after the flight departs.

“The details will again be linked when the passenger flies next and opts for digital entry into airports,” the official said.

Further the government is also delinking the project from Aadhar database and will create its own separate database for flyers.

“We have approached the Unique Identification Authority of India (UIDAI) for categorising us as an authentication agency, so that passengers can use their Aadhar.

"However, the use of passport, driving license will also be allowed,” the official said.

The government expects the process will halve the check-in time for passengers and will reduce congestion at major airports.

In a small way, the process has already been tried - at a few gates of the GMR-owned Hyderabad Airport.

"In the coming days, we will be rolling-out a pilot project to enable completely paperless travel through our airport, using the biometric identification of a passenger to replace both the ticket as well as the boarding card," a spokesperson of Hyderabad Airport said.

Experts said that the system will face no legal problem if the government is providing an opt out method for the flyers.

“If it’s not mandatory and passengers not willing to share their biometrics are not forced to do, it’s absolutely legal,” said Rahul Matthan, a partner at law firm Trilegal. 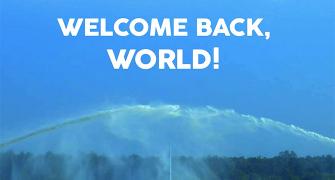 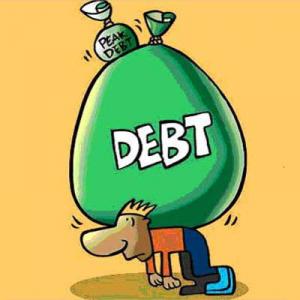