Bandhan is reborn as a bank

For India’s leading MFI-turned bank, the challenge is to stay competitive while pricing its loans

"I think this beginning is also important in terms of the return of entrepreneurship to the state of West Bengal, which was otherwise fleeing from the state. If this were to happen, I am sure the state would be on a great path to progress," he said. 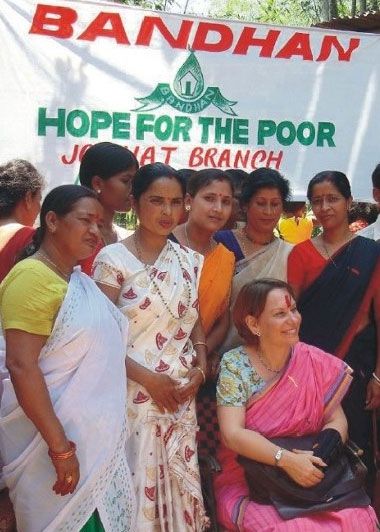 A month and 10 days ahead of the deadline, Bandhan, India’s largest microfinance institution (MFI), launched its banking operations. The Reserve Bank of India (RBI) had granted it an in-principle approval in this regard on April 2 last year.

With some 500 branches, Bandhan is starting off with a bang. This is possibly the highest number of branches of any private bank in India on the first day. And, it will also have 6.7 million customers, a loan book exceeding Rs 10,000 crore (Rs 100 billion), and a potential deposit base of around Rs 670 crore (Rs 6.7 billion).

Bandhan, observers say, has been running way ahead of its time, even in its earlier avatar as an MFI. Nearly six months before an ordinance by the Andhra Pradesh government crushed bigwigs in the MFI sector in the South, Bandhan did what no one else had contemplated: it reduced lending rates by about five percentage points at a go - from 24 per cent to 19.1 per cent, the lowest in the sector.

However, unlike banks, the reduction did not lead to any interest rate war. It was at a time when four Andhra Pradesh-based MFIs - SKS, Spandana, Share and Asmitha - ruled the roost, accounting for more than 60 per cent of the MFI market. In 2009, Bandhan was ranked seventh in the CRISIL survey of top MFIs for the year.

In August 2010, SKS went for an initial public offering, luring investors across the world with its asset quality (gross non-performing assets were less than one per cent).

For Bandhan, however, it was the dawn of its heyday. Around October 2011, Bandhan Financial Services overtook SKS as India’s largest MFI. At the end of 2009-10, Bandhan’s size was less than half of SKS’s; about a year later, in December 2011, Bandhan was almost double the size of SKS.

As such, the Andhra Pradesh crisis was a blessing in disguise for Bandhan.

In 2014, apart from Bandhan, the only MFI to have applied for a banking licence was Janalakshmi with the top MFIs of yesteryear all out of the fray. Bandhan, with a reach of about six million rural customers in unbanked areas, was an uncontested choice for the licence.

Another factor that propelled Bandhan to the top was its judicious decision to stay away from private equity investors. As other MFIs had been flush with funds from international investors, the West Bengal-based MFI has been choosy in diluting equity stake, except for IFC and Sidbi. Thus, unlike most other MFIs with private equity investors on board, the effective control of Bandhan has always been with its founder Chandra Shekhar Ghosh, who has shied away from following an aggressive profit-driven model.

That apart, the frugal but unique model of operation nuanced by Ghosh has contributed to its steady growth. For instance, at Bandhan, it is a norm that a branch manager gets a plastic chair with armrests, while credit officers get chairs without armrests, to reduce cost. Today, more than half of Bandhan’s field staff comprises standard-XII pass-outs, entailing a low cost structure for the bank.

Unlike other MFIs and banks, field workers at Bandhan aren’t assigned targets, or perks for achieving those. Instead, managers are asked to set their own targets, depending on the socio-geographic demography of the region. To record a recovery rate of 99.97 per cent, such interpersonal interaction skills are imperative for credit officers at Bandhan. “If we get to know a person in the group is unwell, we are advised to go and visit them and ask if they need any help. If need be, we generously consider postponing a weekly installment. Human connect is the most important part of our functioning,” says a Bandhan field staff member.

While the bank announced a 4.25 per cent interest on savings account deposits of up to Rs 100,000 and five per cent for higher amounts, it is yet to announce a base rate. Given its cost of funds is high, it will be a challenge for Bandhan to keep its base rate on a par with existing banks (about 10 per cent). Suspense on this front is likely to end on Sunday.

Around 2001, when Bandhan started microfinance operations, Ghosh had approached a public sector bank for opening an account, but his application was rejected. On Sunday, the chairperson of that bank would possibly be part of the launch of India’s newest bank.