The company would roll out the BS-VI range of products and an automatic transmission version of its latest car Triber next year.

French auto-major Renault India would focus on petrol run products and has lined up new variants of its existing models, besides a new "sub-4 metre SUV" in 2020, a top company official said on Tuesday.

Renault India operations, country CEO, Venkatram Mamillapalle said the company would roll out the BS-VI range of products and an automatic transmission version of its latest car 'Triber' next year.

Speaking after rolling out the first lot of Triber range of cars to the South African market, he said the company was ending its K9K diesel engine series.

"K9K diesel (engine) we are ending", he told reporters.

Mamillapalle said the company was also phasing out its Multi Purpose Vehicle Lodgy from its stable and did not plan any renovation on the vehicle or even a BS-VI variant.

He said stocks of Lodgy cars had been sold out.

"It is not the question that we want to end it... We don’t want to get into diesel, so Lodgy ends there.

“We are not going to renovate.

“All (future launches) will be gasoline, including (premium SUV) Captur," he said.

On what was the contribution of diesel range of cars to the company in 2019, he said "50 per cent of sales volume was contributed from the Duster diesel engine range of cars.

“In future it will be petrol Duster only," he said.

On future launches, he said the company would introduce a new variant of the Triber.

"The BS-VI variant will come in the middle or end of January and then we will look for AMT (automatic transmission) moving forward," he said.

“We are waiting for the right time. We want the right ecosystem."

Asked whether BSVI variants would witness a hike in prices, he said "there will be a slight correction of prices, basically because of BSVI economics which we would intend to do somewhere when we launch the car".

He said besides new variants of Triber, the company would launch a new product sub-4 metre SUV in the market next year.

"It will happen in the second half of next year,” he said but declined to elaborate.

Asked how many units of Triber Renault planned to sell next year, he said, "If we were able to sell 20,000 in the last four months, we should see a good number of at least 40,000 units next year (excluding exports)."

To a query on how many units the company planned to sell in 2019, he said cumulative sales may be 10 per cent higher than last year.

He said expansion in rural markets would be one of the foremost things his company would do in the country in the near future.

He said the company planned to expand its dealership network to 293 from 258 this year.

"But we did not reach the target. We are close to about 267 dealership network now.

“We are a little slow because dealership network are also shy with market slowing down to invest." 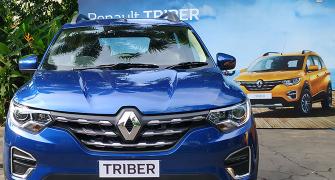 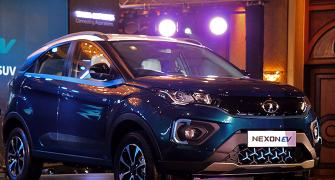 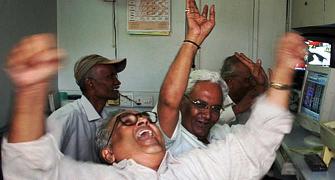 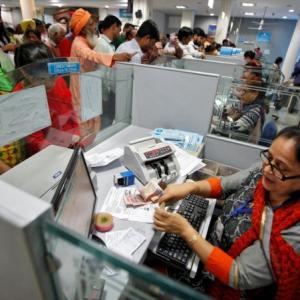