The Nexon has received a stellar 5-star safety rating from Global NCAP, making it the first car from an Indian manufacturer to score so good on the safety front. With the launch of the Nexon, Tata Motors has made its presence felt in the compact sub-4-metre SUV space.

The brand has been introducing new cars in new segments.

At the same time, in a segment where there's already a lot of competition, the Nexon has been doing well.

We got the Tata Nexon diesel in our long term fleet a couple of months back and after having used it for city and highway drives, we've come to really like the car.

There are a lot of reasons for the Tata Nexon's success, including the value-for-money price, feature-loaded interiors, powerful and efficient diesel engine and the comfortable ride.

The design of the Nexon is also very radical with the high ground clearance and the bright Moroccan Blue shade which grab some attention.

The interior with the floating screen and practical dashboard looks quite modern and upscale. 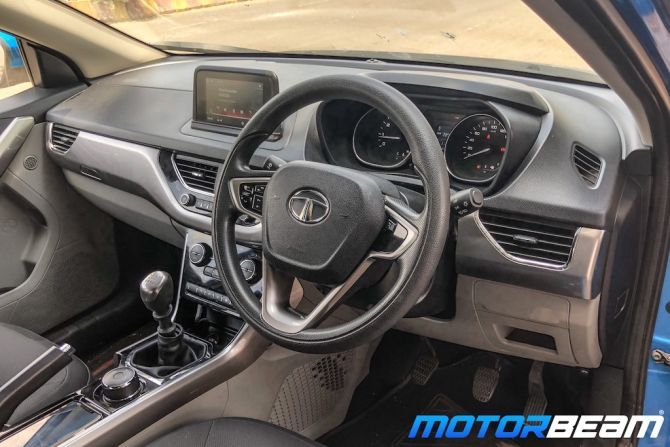 It offers all the modern connectivity options including Apple CarPlay.

The driver seat is not only height adjustable but also offers good visibility and is suitable for short drivers.

The front seats are very spacious while the rear seats are best suited for two passengers. 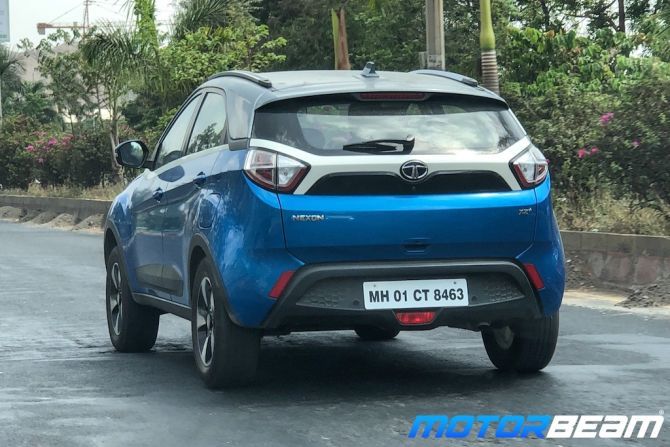 However, there are still some ergonomic quirks in the cabin.

The lack of cupholders at the front and the placement of the door unlock button right next to the boot release button is quite apparent.

After starting the car, the reverse camera takes its own sweet time to turn on and the quality of the camera isn't great either.

Quality of materials used in certain places could have been better and the electricals are not programmed well as they sometimes don't register a click or keep glitching out.

Tata has added some interesting features in the Nexon, such as the fog lamps which double up as the cornering lights in the dark for that added visibility.

Even the driving modes affect the fuel economy and the throttle response and do not feel gimmicky. While on the other hand, shift into Eco mode and the power becomes linear and composed.

We generally drive the car in City mode where power delivery is adequate and the fuel efficiency doesn't get compromised either.

The 1.5-litre diesel engine producing 110 PS and 260 Nm of torque offers great in gear acceleration and reaches triple-digit speeds in no time. 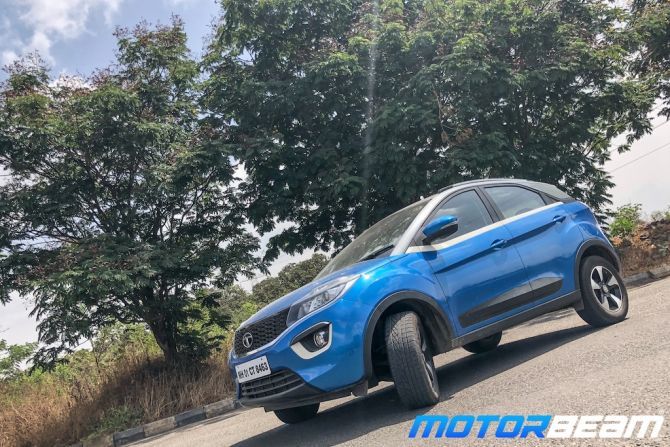 In Sport mode, there is a sudden wave of torque when you hit the turbo band, which is something one has to get used to.

The acceleration in Sport mode is insane as the motor keeps pulling relentlessly even in 6th gear.

There is minimal turbo lag.

The 6-speed manual gearbox could have been better as it feels notchy and the clutch, though on the lighter side, has a very long travel.

Despite such punchy performance and AC at full blast, the Nexon has been returning us an average fuel efficiency of nearly 16.8 km/l, which is pretty respectable given Mumbai's traffic conditions.

Tata has also invested heavily in making all their cars safe and reliable. The Nexon has received a stellar 5-star safety rating from Global NCAP, making it the first car from an Indian manufacturer to score so good on the safety front.

The ride quality of the Tata Nexon is very impressive.

Tata has tuned the suspension to suit Indian road conditions and it shows as the ride quality is the best-in-class.

It glides over the worst of patches and thanks to the high ground clearance, you don't have to worry about clearing tall speed breakers.

At high speeds, the ride does become bouncy sometimes but overall it's very good.

The car handles well for its size and feels stable at high speeds. Body roll is well contained and the brakes feel surefooted.

The light steering makes parking and manoeuvring in the city easy while weighing up at higher speeds.

The steering could have provided more feedback but overall the Nexon is fun and easy to drive.

Another area where Tata Motors has improved excessively is in terms of after-sales service. Not only have their cars become more reliable but the quality of service offered at Tata service centres has become very good.

The service costs are very reasonable too.

All in all, we don't have any major complaints with our Nexon long-term test car.

With the rains arriving soon, the high ground clearance will definitely come in to be useful in waterlogged areas too.