A good agricultural harvest and a timely arrival of monsoon, besides a slew of government schemes, have also come as a bounty. 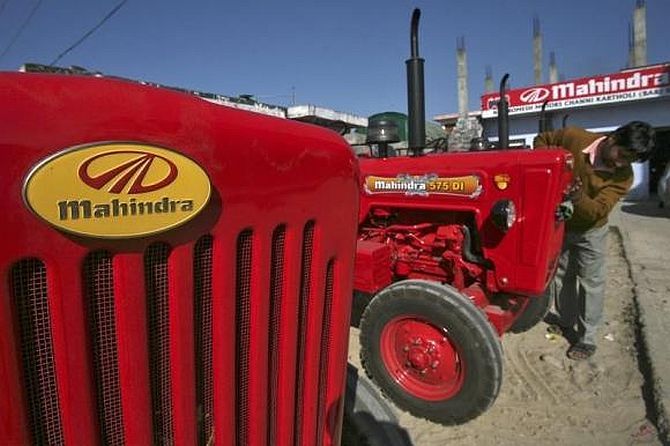 A quick year-on-year recovery in sales for tractors and a month-on-month rebound for two-wheelers are offering a much-needed respite to pandemic-bruised automakers.

A pent-up demand, coupled with these segments’ high dependence on rural markets, where the spread of the infection is relatively low, have aided recovery.

Also, a good agricultural harvest and a timely arrival of monsoon, besides a slew of government schemes, have also come as a bounty.

Tractor sales in India rose 20 per cent year-on-year in June, even as production increased at an 18-month-high rate, according to the Tractor Manufacturers Association (TMA).

Encouraged by the trend, TMA has pegged 5 per cent year-on-year sales growth for the financial year that will end on March 31, 2021.

Hemant Sikka, the president for tractor and farm equipment sector at market leader Mahindra & Mahindra, seems jubilant. His company had a record sales output last month of 36,000 units – almost 95 per cent of its pre-Covid-19 volumes.

But he stops short of making any projections for the industry. “A lot depends on Covid-19-related factors,” he says, adding “the struggle is on the supply side as there are localised lockdowns”.

While cash registers are ringing at tractor companies, two-wheelers are not left far behind.

This segment, too, is seeing a consistent month-on-month recovery, paving the way for sales coming firmly back on the growth path.

The demand is largely fuelled by people’s preference of personal transportation and aversion to use public transport amid pandemic-related fears.

Take for instance the case of Satnam, who works at a Mumbai-based restaurant.

When he went to his native place in Rewa, Madhya Pradesh, for a 15-day break last month, he was forced to pawn his wife’s jewellery to buy a Hero Passion Pro 110 (priced Rs 65470, ex-showroom).

“With no bus or auto rickshaw plying in our area due to the lockdown, I had to buy a motorcycle,” says Satnam, adding that a salary cut by his employer and dearth of cash in hand left him with no option other than to pawn the jewellery for this purchase.

The plight of those like Satnam might have come as a blessing in disguise for two-wheeler makers, who are seeing a rise in demand, mostly in rural markets.

At present, most two-wheeler firms are selling 90-95 per cent of what they used to in the pre-Covid phase, according to company executives.

Rakesh Sharma, executive director at Bajaj Auto, says if it had not been for localised lockdowns in several districts, the recovery would have been much quicker.

“The demand is coming to normal levels wherever there are no Covid-19-related disruptions,” he says, adding that localised lockdowns are hurting both production and demand.

Market leader Hero MotoCorp, which draws half of its sales from rural markets, has been one of the biggest beneficiaries of a sales upturn. Leading the revival in the domestic two-wheeler sector, Hero in June sold 450,744 units, registering record sequential growth of more than four times over the previous month, during which it had dispatched 112,682 units.

“In a sign of positive sentiment and a revival in consumer demand, our present sales have reached 90 per cent of our pre-Covid volumes,” says a spokesperson for the company.

Customer demand has been positive across almost the entire country - only the markets badly hit by Covid-19, such as Maharashtra and Gujarat, have been an exception - the spokesperson points out.

“A combination of factors, including the forecast of a normal monsoon, a bumper rabi crop, and the upcoming festive season should keep the momentum going over the next few months,” he adds.

Even as Hero remains bullish, its dealers are cautious.

“This month we are not seeing the same traction that we saw last month, and we expect sales to taper off a bit,” says a dealer.

The marriage season in states like Uttar Pradesh, Rajasthan and Bihar have also supported volumes, he adds.

The factors that boosted two-wheeler sales were also behind a revival for tractor firms.

“All these have resulted in positive trends for all kinds of agriculture input businesses – tractors, equipment, fertilisers, and agriculture tyres, among other things,” says Kesavan.

The inventory levels at the factory of Escorts Agri Machinery and its channels have been the lowest ever, says a spokesperson for the company.

It was able to run its factories in multiple shifts to manufacture at about 90 per cent of its capacity.

“But the supply-chain situation, though better than before, continues to be volatile," adds the spokesperson.

An improved crop realisation - up 12 per cent year-on-year - and government-aided measures have added to the disposable income, says Mahindra’s Sikka.

As a result, tractor buyers are willingly to pay a higher margin money of 30 per cent, against 10-15 per cent earlier.

This, in turn, has encouraged the finance companies to disburse more, he explains.