'With this amendment, permanent employees will cease to exist.'
'The government should give a human touch and human face to labour reforms.'
'Ideas like survival of the fittest, might is right, etc, are rules of the jungle.'
'They cannot give new terms like hire and fire to jungle law.' 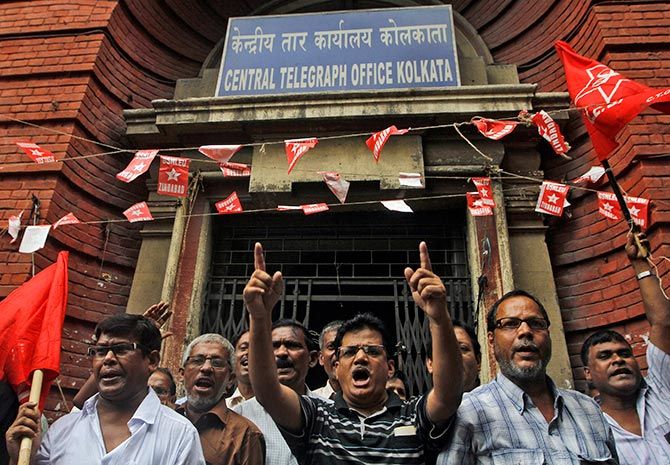 The Narendra D Modi government recently issued a notification amending the Industrial Employment (Standing Orders) Rules, 1946, extending fixed-term employment to all the industrial sectors, after introducing this rule only to the textile sector in 2016.

According to the latest rules, no notice of termination is needed, irrespective of whether the workers are contracted for a month, week or the duration of a specific project.

The Bharatiya Mazdoor Sangh, which is affiliated to the Rashtriya Swayamsevak Sangh, has come out very strongly against this amendment.

The central government has decided to amend the Industrial Employment (Standing) Rules, 1946 to provide fixed term employment to contract labour. Why is the BMS against this move?

We are against this move because this will change the nature of labour in this country.

Once implemented, those companies who have 100 workers will reduce the number to 50.

An employer can employ people for 2 years, 3 years or 5 years and once the contract period is over, they can be terminated.

This will create a kind of uncertainty in the life of a worker.

And this is going to affect semi-skilled and unskilled workers more.

Till now, contract labour did not enjoy any benefits. Won't they get all the benefits of a permanent employee after this amendment?

So, they should have amended the Contract Labour Act instead of the Industrial Employment Act.

If they had done so, it would have been a welcome move. Instead, they have amended the general law.

Does that mean companies can turn permanent employees into fixed-term employees?

Exactly. Contract labour is a category where workers are employed on a temporary basis.

With this new proposal, general category employees will be turned to contract employees.

Do you feel this will result in the hiring and firing of employees?

This is actually legalising hire and fire.

With this amendment, a company can easily hire and then fire. Even two weeks' notice is sufficient to terminate an employment.

This is the first time in India that such a labour law is being implemented.

What the government says is, fixed-term employment will eliminate the exploitation of middlemen or contractors and in the end, it will be beneficial to employees.

If that was their intention, they should have amended the Contract Labour Act!

What they are tampering with is the general law dealing with permanent employees. 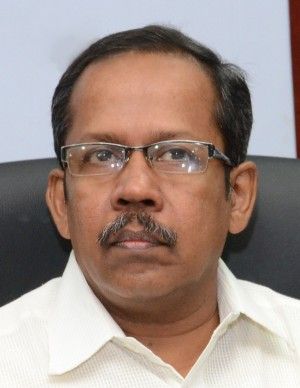 Do you feel the concept of having permanent employees will slowly vanish from the industrial sector itself?

Yes, that is our concern. With this amendment, permanent employees will cease to exist.

Companies have welcomed the amendment while the employees unions are against it. Who is going to win in the end?

In a world where there is jungle law and might is right rules, those who have the muscle power will naturally win.

We are more in number and hence have more muscle power! If there is jungle law, the outcome will be gory reaction.

That was what happened in Middle China when lakhs people lost their jobs one fine morning. And there were no trade unions except the one sponsored by the government.

There was no rule or law to help the employees. The sacked employees turned violent and many managers were killed. This is gory reaction.

This kind of gory reaction was unknown in the history of Indian labour till recently. But we are slowly seeing the results of the changes in the labour law.

Look at what happened at Maruti Suzuki's Manesar plant near Delhi, the Allied Nippon factory in Ghaziabad, the Assam plantation and the Yanam plant of Regency Ceramics near Pondicherry.

This is happening because of the increase in contract labour and uncertainties.

So, it is necessary to bring in the rule of law in the labour sector to stop this unrest among the labour.

This is labelled as labour reforms. Why are reforms anti-human beings?

That is what we also say. The human face or human element is missing in all the labour reforms.

Not only labour reforms, even in economic reforms, the human element is missing.

It is not labour reform; it is Shylockian reform!

It is done only to extract the blood and flesh of labour.

The earlier complaint against the Modi Sarkar was that it was for big businessmen. Do you also feel so?

We do not know who is behind the labour reforms. But these kinds of reforms will benefit only the big corporates and the international companies coming from outside.

There is a lot of pressure from the European countries and importers and they are the ones who decide the labour policy now.

But trade unions are strong in Europe and the labour laws are also strong. There is a strict adherence to these laws.

But once they come to India, they want a union-free workforce. They want all the corporate laws to be relaxed.

They want no flexibility and no job security, while both are there in Europe.

Here, when one loses a job, there is an army of people waiting to take that job. In such a condition, it will only create havoc.

Do you feel they are exploiting a situation where there are more job-seekers than jobs?

The employment crisis is the most worrying crisis in the economic sector. That is why job creation is the priority for the government.

At the BMS we demand: Jobs with quality.

Jobs without quality are distress jobs and that's not what is expected from a civilised nation in the name of job creation.

The ILO (International Labour Organisation) has advocated jobs with quality and decent jobs, that's what we also talk about.

The problem is: India is an economic failure.

The largest employer, the agricultural sector, is in crisis.

The second largest sector, manufacturing, is wiped out and the Indian market has become an extension of the Chinese market.

Other sectors like construction, textiles, etc are also in crisis.

There is unrest in the country with farmers committing suicide, workers agitating and youth jobless. These are all symptoms of the disease.

Unless these sectors are revived through best economic reforms, the labour and job sector will be in crisis.

Do you hold Prime Minister Modi responsible for the economic crisis?

We attribute the economic crisis to the LPG (liberalisation, privatisation and globalisation) reforms started in the early 1990s.

To these capitalist reforms, labour is only a commodity. The term labour market itself is wrong; it looks at labour as a commodity.

That is why we are repeatedly asking the government to come with a white paper on the LPG reforms, our working with the WTO, our free trade agreements with various countries, now that we have completed 27 years of these reforms.

What we are doing is blindly following these capitalist reforms. This does not suit Indian conditions.

The government should give a human touch and human face to the reforms.

Without labour, no industry can function. How can labour reforms be anti-labour?

In capitalist reforms, labour has no place.

What we want is, labour also should be treated as capital.

The BMS wants all the three partners -- employers, employees and the government representing society -- to sit together and talk.

The ideal way of solving the problem is protecting the interests of all the three.

At the 2016 ILC (Indian Labour Conference), this was discussed and a compromise was arrived at.

India should have sustainable industries protecting the interests of labour to have industrial harmony.

But by bringing the fixed term employment amendment, the harmony will be lost.

I would say, they are bringing Syria in labour reforms.

You said industrial growth will be affected if fixed-term employment is implemented. How?

Today, fixed-term employment and contract labour are rising which means below quality labour.

No industry can progress with below quality workers. These workers will have no commitment or relationship with industry as they are not permanent employees.

Can any industry progress with such workers? So, this is going to destroy the entire industrial structure in the country.

For example, 80% of textile workers are temporary employees. That is why textile production has shifted to Bangladesh.

The government says this has been done for ease of doing business...

Hire and fire will result only in ease of closing business, not ease of doing business.

If you look at a study done in Germany on fixed-term employment, the study concluded that it had increased unemployment and helped the employer close his business easily. 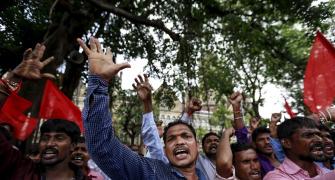 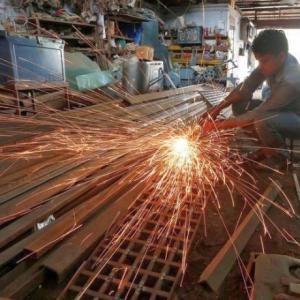 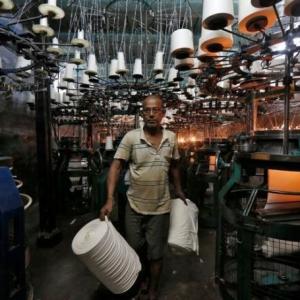 Under pressure, govt may water down labour reforms