'Four weeks have passed after the scam was exposed, yet no big guy has been arrested.'
'This gives the impression that he wants to be soft on the biggies.' 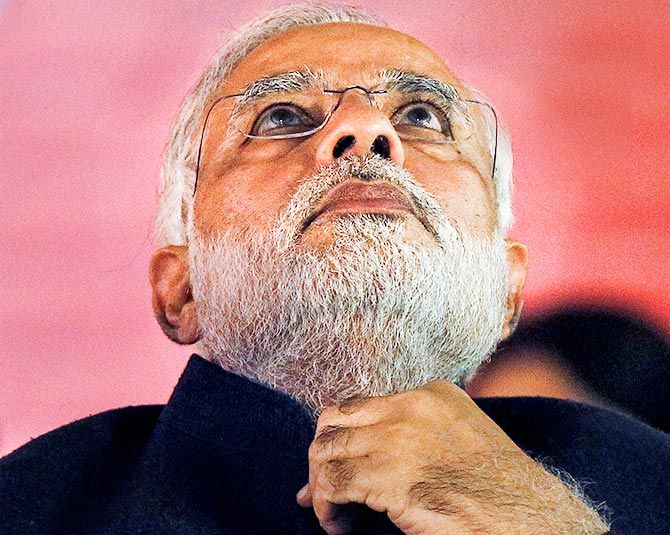 The Rs 11,400 crore fraud by jeweller Nirav Modi and his maternal uncle Mehul Chinubhai Choksi better known as the PNB (Punjab National Bank) scam, is turning out to be one of the biggest scams in India's recent corporate history.

The initial reaction to the fraud at PNB, the country's second-largest public sector bank, was arresting a few employees who are said to have bypassed the bank's core banking system to raise LOUs (Letter of Undertaking) to overseas branches of other Indian banks, including Allahabad Bank, Axis Bank and Union Bank of India, using the international financial communication system, SWIFT (Society for Worldwide Interbank Financial Telecommunication).

Chartered accountant and political commentator M R Venkatesh is not known to hold on to his volleys.

As somebody who has keenly observed the banking sector as an auditor since 1993, Venkatesh lashes out at the systemic fraud epitomised by the PNB scam.

"The world would be laughing at us for allowing a fraud through a system that was created to avoid frauds," Venkatesh tells Rediff.com's Shobha Warrier.

Roughly 75 per cent of diamonds pass through India. India is an important centre for the diamond trade. A Japanese banker can avoid exposure to the diamond industry, but an Indian banker cannot.

Also, the maximum number of diamond and gold jewellery are sold in India and China. So, bankers cannot avoid this industry.

I don't agree with the argument that our bankers deal with diamonds to commit a fraud. In fact, I would say if at all one bank understands this industry, it should be Indian banks.

The Rs 11,400 crore fraud that has happened is not industry specific, but systemic.

You tweeted that not only PNB officials, but the RBI also should be probed. Is it because of the magnitude of the fraud?

This is a systemic fraud.

A systemic fraud is different from a fraud in the system.

If an employee has broken a system and profited out of it, it is an entirely different scenario. But in this case, the LOUs were issued through SWIFT which is supposed to be one of the most foolproof system worldwide.

The world would in fact, be laughing at us for allowing a fraud through a system that was created to avoid frauds.

I do not have answers to a few questions.

Why is the (core banking) software not integrated to the SWIFT system?

Who ordered such software?

Was there a system audit of these software?

'How was the man seen at Davos on January 23 along with the PM when an investigation was going on? And an FIR was filed on January 31? What does it prove?'

RBI goes on auditing these things on a daily, weekly, fortnightly, monthly, half-yearly and annual basis. And there are several such reports by the RBI, but we do not know any details as to how the fraud played out even at this point in time.

RBI is not saying how it has not been able to look into it.

Since it is a systemic fraud, I think the RBI owes an answer.

Right from Harshad Mehta till Nirav Modi, the RBI, which is supposed to be the watchdog of the entire banking sector, has never been questioned.

The pattern is the RBI will set up a committee to look into a fraud by the same people who have glossed over the fraud.

So, the government should sack the entire RBI board including the RBI governor and there should be a new board to probe into the fraud. Otherwise, you will never know the truth.

It is very clear that the PNB-Nirav Modi scam is not an exception.

And despite all the intelligence, how was the man seen at Davos on January 23 along with the PM when an investigation was going on? And an FIR was filed on January 31? What does it prove?

It proves that there is absolutely no system and the RBI is completely ignorant and incompetent. It is time to sack the RBI board.

It is reported that the fraud has been going on from 2011. What about the earlier RBI boards and governors? Are they also not accountable?

Let's first make the present board accountable. Then, go into the past. To blame the past has become a very important norm in our country.

First, the present board and the governor must be made accountable.

Ideally, the CBI should investigate how the RBI was complicit in the whole thing.

If not, we are hopelessly turning into a banana republic.

Banks are audited internally and also by auditors externally.
What is baffling is that a scam of this magnitude was not detected by anyone till now. Or, was it deliberate?

It was due to a combination of several factors. Let me speak for the external auditors.

As an auditor, my job is to look into the books of accounts.

The book of accounts is primarily the responsibility of the bank management.

An auditor will be expressing his opinion on whether it is correct or not.

In this case, the LOUs were not entered into the system.

When it is so, an auditor cannot begin an audit assuming that there is a fraud in which case he will not be able to finish an audit of even (the year) 1947.

He starts working assuming the bank management is honest and has kept the book of account perfectly.

Auditors are not trained to be investigators; we are there as accountants and we look into whether the account is an NPA or whether it is properly reflected.

There are reports that some auditors raised this issue and a system audit and forensic audit were conducted. But the report was very wishy-washy and the bank management was complicit in ensuring that it was buried.

'The RBI's role in the PNB scam has to be probed. If you are not going to investigate the RBI now, we are putting our banking system into turmoil.'

It meant the system audit was not taken to a logical conclusion. All this is in the public domain.

Because no auditor including those from the RBI was able to point this out, I say it is a systemic fraud.

That means the system has been designed carefully to ensure this is not audited or even when audited not much comes out and even some one points out something, the officials within the system connive to bury the matter.

When questions were raised how Harshad Mehta functioned, the RBI blamed everybody except the RBI.

At that time, the RBI was the controller of everything, yet they were not questioned for any misdemeanour.

I think the RBI's role in the PNB scam has to be probed.

This is a very good occasion to put the RBI on the hoist. Then, let us come to the conclusion whether the RBI was competent, innocent or guilty.

If you are not going to investigate the RBI now, we are putting our banking system into turmoil.

If the RBI is to be held accountable, then what about the finance ministry? Can you absolve the ministry of its responsibility?

If you start an honest investigation, the first stop is the role of the RBI.

If the RBI is found to be guilty, we can come to a conclusion on what extent was the finance ministry guilty.

If you are going to absolve the RBI itself, the finance ministry obviously gets absolved.

People are asking for JPC (Joint Parliamentary Committee probe). In fact, a JPC is a waste of public money as no concrete thing has come out of any JPC probe.

I am sorry to say the RBI must be one of the highly intellectually challenged organisations in the public functioning in India.

Loot of Rs 11,000 crore is not the issue, learning the right lesson is.

In this scam, those involved could be the bank branch, the bank, the RBI and the finance ministry. As an auditor, how do you think the roles of these institutions should be probed?

It is about a king wanting to sacrifice an animal in the aswamedha yagna. The pandit asks the king, how can we sacrifice an aswam (horse)?

The same argument went for gajam (elephant), vyaghrahm (tiger) too.

Finally, the pandit advises the king to sacrifice ajaputram (lamb)!

This is how the system is created.

The (security) guard who sits in front of the branch will be finally sacrificed.

Do you feel after a fraud of this magnitude, the public is losing its trust and faith in public sector banks?

There is something more.

Four weeks have passed after the scam was exposed, yet no big guy has been arrested.

This gives the impression that he wants to be soft on the biggies which is NOT in his DNA.

PM Modi is losing on the perception war here.

If you are not touching the bank management, you will not touch the RBI.

Finally, it means you are not going the touch the politician.

Even today, we do not know whether Nirav Modi has an Indian passport or a foreign passport.

If he is not an Indian national, how are you going to bring him back?

So, the idea of recapitalising banks is like putting water into a water tank when the taps are continuously leaking.

The end result: The political capital of Narendra Modi has taken a very big beating in the Nirav Modi case. 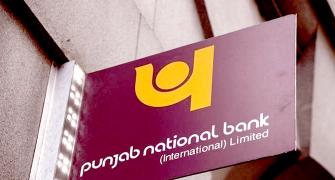