'In coming months, mutual fund industry will be stressed' 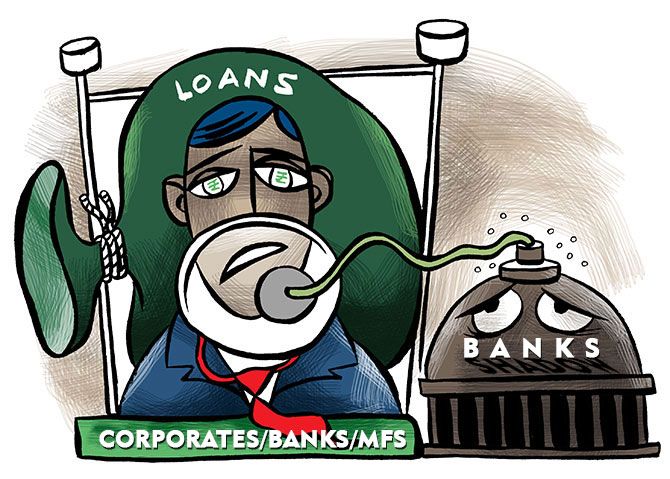 "Considerable delays in repayments, and possibly default, are expected from companies to whom mutual funds had lent to," economist Kavaljit Singh tells Rediff.com's Prasanna D Zore in the concluding segment of the interview.

How will the unfolding liquidity crises among the NBFCs hit India's banking sector?

Till recently, NBFCs were the largest net borrowers of money from the Indian financial system. Bank borrowings were the primary source of their funding, contributing 29% of their total borrowings in March 2019.

State Bank of India and its subsidiaries have an exposure of Rs 19,000 crores (Rs 190 billion) to DHFL.

No fresh disbursements are taking place at DHFL, and its business operations have come to a standstill. It posted a net loss of Rs 2,223 crore (Rs 22.23 billion) in the fourth quarter of 2018-2019.

The company is on the verge of bankruptcy.

DHFL itself has admitted that it is 'undergoing substantial financial stress' and its ability to raise funds was 'substantially impaired and the business has been brought to a standstill with there being minimal/virtually no disbursements... These developments may raise a significant doubt on the ability of the company to continue as a going concern.' (Note: DHFL has since clarified that the company is a 'strong going entity' and pointed out that 'some of the media have used select portions of our statement and created panic/confusion especially regarding the statement on the going concern. We urge that the entire statement be read in entirety, so that the news is factual and not sensationalised'.)

As DHFL's stock price has plummeted, its current valuation is around Rs 2,200 crore (Rs 22 billion).

Market analysts have estimated that the current value of the company's properties is in the range of Rs 500 crore to Rs 700 crore (Rs 5 billion to Rs 7 billion).

Even if all lenders and bondholders agree to a rescue package, banks will still have to take a haircut in the range of 20% to 40%.

How big is the mutual fund sector's exposure to the NBFCs, HFCs and other financial institutions that are outside the regulated banking sector? How big is the risk associated with this exposure?

Since the eruption of a liquidity crisis in July 2018, mutual funds's exposure to NBFCs has come down drastically as MFs withdrew their investments from commercial papers issued by NBFCs.

There have been significant outflows from the MF industry. Some shadow banks such as DHFL and Reliance Capital have sold off their mutual fund business to reduce their debt levels.

In the coming months, the MF industry will remain stressed as considerable delays in repayments, and possibly default, are expected from companies to whom they had lent to. 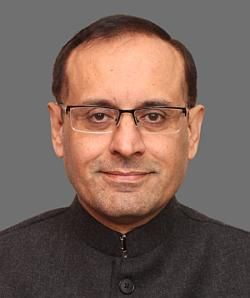 Why do you believe that going ahead some more NBFCs will default on their payment obligations?

The 2019 Union Budget contains measures to encourage public sector banks to buy out assets from NBFCs, but these measures are unlikely to provide a lifeline to crisis-hit entities.

In her Budget speech, the finance minister said, 'for the purchase of high-rated pooled assets of financially sound NBFCs, the government will provide one-time six-month partial credit guarantee to PSU banks for the first loss up to 10 percent.'

In other words, this facility is only for high-rated assets of financially-sound NBFCs, not the poor-rated assets of crisis-ridden NBFCs such as DHFL and Reliance Capital.

There are very few options left for NBFCs to raise new money.

One option is to find new strategic players who could come on board if the promoters are willing to sell their stakes.

In the present scenario, not many strategic investors will invest in crisis-ridden shadow banks as many stories about unethical governance practices have come into public.

The other option is to raise funds from international markets.

However, again, not many international lenders will be willing to lend money to crisis-ridden NBFCs.

Even if they agree to lend money at higher rates, that money would be largely used for paying off existing debt, rather than creating new businesses. Plus, international borrowing carries foreign exchange risk.

Therefore, the prospects of crisis-hit NBFCs raising tons of cheap money within India or from abroad are weak, and some are likely to default on their debt repayments in the coming months.

You have mentioned that pension funds and provident fund trusts have combined exposure of Rs 9,100 crore (Rs 91 billion) to IL&FS and Rs 3,300 crore (Rs 3.3 billion) to DHFL.
Are there any indications that these funds did proper due diligence before investing the public money into the various financial instruments of these two entities?
Who should be held accountable if these investments were to go bust?

I doubt whether pension funds and provident fund trusts did due diligence at their end. My guess is that they relied mostly on the ratings issued by credit rating agencies. That is why they have been caught in this mess.

As the ongoing crisis has put a serious question mark on the workings of credit rating agencies, I think it is high time that pension funds and PF trusts stop relying on their ratings and start in-house due diligence as they are managing money that belongs to millions of ordinary workers and pensioners.

More precautions should be undertaken by the authorities handling public money even if returns are lower. Better safe than sorry.

Is the Indian economy as financialised as the US? Could we have a Lehman Brothers-like meltdown if India's shadow banking sector continues to face the liquidity squeeze that it finds itself in right now?

A Lehman-like crisis can emerge in India if the liquidity crisis turns into a big solvency crisis affecting major systemically important shadow banks and thereby affecting the rest of the financial sector due to their higher interconnectedness.

The problem is that shadow banks do not operate in isolation. They are highly interconnected with the banking and the rest of the financial system.

If something goes wrong in the shadow banking sector, it would immediately affect the rest of the financial sector, and vice-a-versa.

Now that the government has transferred the regulation of housing finance companies from the National Housing Bank to the RBI, the onus is on the RBI to ensure that financially fragile shadow banks are identified, their financial health is daily monitored, and their governance practices are restructured so that they do not collapse.

The focus of the RBI should be to avoid the collapse of systemically important shadow banks and to maintain overall financial stability.

If it requires promoters of shadow banks to accept a haircut, let it be.

How do you see the shadow banking sector cookie shaping up in the near future?
What measures are necessary for preventing the likely contagion that could result if more NBFCs start defaulting on their payments?

It appears that the recent Budget announcements and the indirect liquidity window did not help much in restoring investor confidence in the shadow banking sector in general and weak banks in particular. Hence, the focus should shift to strict regulation and supervision.

The regulators should not underestimate the potential systemic risks that can propagate through the financial system via contagion.

The collective efforts of the financial regulators should be to maintain overall financial stability and to ensure that if a big NBFC defaults or collapses, the financial contagion is contained.

What is needed is a complete overhaul of regulation, supervision, corporate governance, and risk management practices in the shadow banking sector.

The RBI should enhance the strength of its surveillance staff dealing with NBFCs and should conduct off-site and on-site supervision at regular intervals.

The current 'light-touch' regulation approach is neither appropriate nor proportionate given the large size of India's shadow banking sector with a combined balance sheet of $410 billion (Rs 28.26 lakh crore or Rs 28,269 billion).

The regulatory reforms were long overdue, and the present crisis provides an opportunity to clean up the messy shadow banking sector. 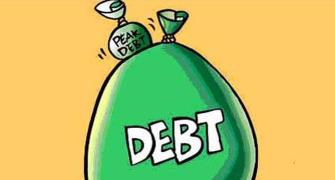