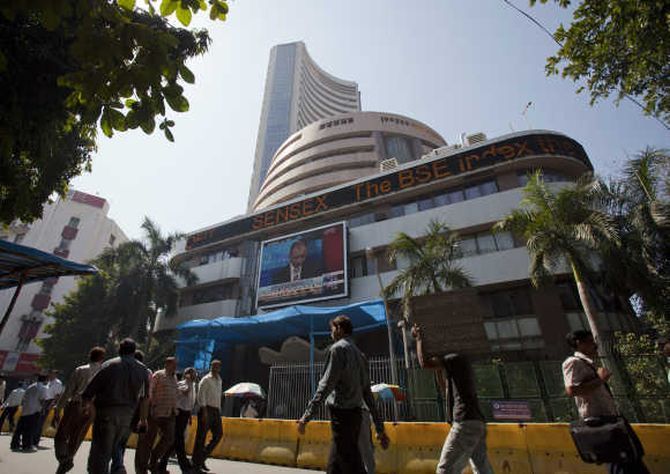 On a year-to-date basis, Indian markets are among the top-performing ones. Shankar Sharma (below left), vice-chairman and joint managing director of First Global Group, believes the rally is a continuation of the bull market that began in 2004. In an interview with Puneet Wadhwa, he says in India, small-caps seem the best bet. Excerpts:

How is India as an investment destination, given the macro economy might shape up and have a bearing on the markets?

Do you expect the markets to consolidate till the next Union Budget, or will the run-up continue at the same pace?

In my view, the markets in India will remain strong in the foreseeable future. Of course, it is important to remember we are in the middle of a global bull market, which was rekindled from March 2009 and has picked up pace in the past three months, since emerging markets (EMs) started catching up with US markets.

So, while we should be happy that India is doing well, it is not in isolation; every major market has been in a bull phase.

In terms of performance, India ranks sixth within EMs since May 16.

Also, since May 16, the rupee has been the second-worst performing currency, after the rouble.

But Russia has had major problems in the past few months, while India hasn’t. Despite record flows and low oil prices, the rupee seems very fragile.

This is something to be a tad concerned about.

Overall, I think India will do well on the economic front, owing to a combination of the lagged effect of the United Progressive Alliance (UPA) government hastening clearances in 2013 and the National Democratic Alliance (NDA) government improving efficiencies now.

Do you think the pace of flows will slow, as foreign institutional investors (FIIs) look for alternative destinations within EMs? What are the next triggers for India? 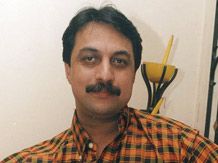 Which sectors and stocks will FIIs look to park their money in?

This is not a new bull market; it is merely the continuation of the bull market that began in 2004.

The reason is in the current market, the sectors that should have done well because of the BJP (Bharatiya Janata Party) government (power, infrastructure, etc) have actually petered out after the initial burst.

So, it is back to old favourites such as automobiles, consumer goods, pharmaceuticals, information technology; these are driving the markets. These have driven the markets for 10 years!

By definition, a new bull market has to be driven by a new list of stocks/sectors, not old ones. If the same ones are still driving the market, we can conclude we are basically seeing a continuation of the bull market that began in 2004.

Even in the aftermath of the 2008 crisis, India’s performance, compared to that of its peer group (Brazil, Russia and China) was off the charts.

That was because India managed the crisis better than any country I know of.

We didn’t bust our national balance sheet in stimulating growth; we kept our internal and external debt ratios low; we narrowed our current account deficit considerably, albeit a bit belatedly.

Basically, the NDA government has inherited a pretty good economy; now, it only has to straighten some kinks, and we should be well past six per cent annual growth. The April-June gross domestic product numbers, which can obviously be attributed to the UPA, since the current government had assumed power in June, is a pointer of things to come.

Do you think given the run-up seen in the frontline stocks and indices, the next six months will belong to mid- and small-cap stocks?

In my view, India looks fine; within India, what looks the best are small-caps.

We have been very bullish on these through the past few months, with a number deeply undervalued areas, and have been rewarded handsomely.

I see this as being the sweet spot in markets. Small-caps had been crushed during the 2008 crisis.

With the return of liquidity, these were ripe for a re-rating. We like several stocks in this segment.

What is your advice to a) an investor who has already been invested in the markets since the beginning of this year and; b) one sitting on the fence, who wants to jump in now?

It is a good time to get in now and add on every correction.

How will earnings growth take shape through the next few quarters? Have you revised your estimates in the wake of the June quarter results?

-Which sectors and companies will lead a recovery and why?

We don’t pay any attention to aggregates such as ‘market P/E (price/earnings) multiple’ and ‘market earnings growth estimate’; we don’t spend any time calculating nonsensical ratios and metrics such as these.

It never fails to surprise me how the entire financial world continues to rely on such absurd measures to gauge the direction of markets.

As I have said earlier, in large caps, we have liked automobiles, consumer goods and pharmaceuticals for years. We continue to like those.

On the other hand, we haven’t liked infrastructure, power etc, and continue to dislike those. So, we are still stuck to a rather boring investment style, with the only departure being our big liking for small caps through the past few months.

The banking sector, especially public sector banks, has, of late, seen skeletons tumbling out of the closet.

Isn’t all this making foreign investors wary of investing in India, despite all the euphoria surrounding acche din (good days)?

FIIs aren’t blessed with a mind of their own. In 20 years of our dealing with them, we have seen there aren’t more than a handful of really independent thinkers in this space.

The rest chase momentum (and there is nothing wrong with this, as long as you know when to jump off the roller coaster).

Deep, core analysis is a luxury we have only in bear markets. In bull markets, there is no time to be reflective and thoughtful about issues such as these. Or, for that matter, any issues at all.

The Supreme Court’s decision on coal block allocation will have far-reaching implications on the power, banking, metal and mining sectors.

Despite the possible roadblocks, are the long-term prospects attractive enough for you to look at these in terms of a two-three year horizon?

I have maintained the Supreme Court’s decision on 2G telecom licence cancellations was a complete travesty, based on patently wrong understanding and wrong facts.

It should have been overturned completely (it was only partially overturned insofar as auctions were concerned). The coal block allocation order is on the same lines.

I have never believed courts are the best places for commercial matters, as such matters are terribly complex and chances of arriving at wrong conclusions by non-business experts are always high.

And, such orders have the effect of destroying the business confidence of domestic and foreign investors alike.

As I have mentioned earlier, there are many better places in the market to spend one’s money on than power, coal and infrastructure.

As an investment theme, how do the capital goods, automobiles and oil & gas sectors look from a fresh-investment perspective? Among these sectors, which stocks make it to your investment list?

The automobile segment is our preferred area, and old favourites such as Tata Motors, Bajaj and Maruti Suzuki continue to entice us. We don’t have a great deal of interest in oil & gas, capital goods, etc.

How will you approach real estate and infrastructure as an investment theme, given the run-up in these stocks? Are there any potential multi-baggers here on a two-three year horizon?

These sectors are for the young and fearless. Now, we are too old, too hidebound, and too gun-shy to start dreaming of multi-baggers in these spaces. 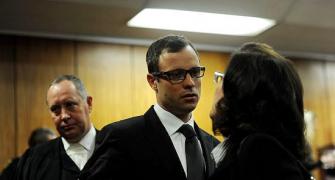