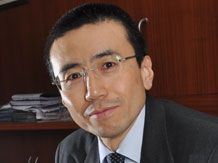 The markets have been on a downward spiral amid fear of the US Federal Reserve winding down quantitative easing as its economy sputters to life.

Nobutaka Kitajima, chief investment officer -- equity, LIC Nomura Mutual Fund, tells Business Standard the reaction to the Fed’s statements has been overdone and the current downturn has punished certain stocks much more than their inherent economic worth and business potential.

What are the chances that the Fed might push back the tapering off of quantitative easing? Is US economic recovery in the US on firm footing? Have the markets overreacted?

Recent comments by the Fed and economic data from the US do suggest improvement in the macroeconomic outlook.

Improvement in the housing market is, to me, a strong evidence that the economic recovery is on sustainable ground.

The time elapsed since the start of the global financial crisis is around six years now, which in itself is quite long and US companies and individuals had been de-leveraging their balance sheets.

The monetary accommodation in the US has been considerable and not normal/unconventional.

The normalisation is bound to happen in due course.

Financial market reaction to the Federal Reserve’s comment appears overdone, as the process of normalisation (on the monetary policy side) is indicative of a more benign outlook on the real economy.

Federal Open Market Committee has said it will not raise interest rates before the unemployment rate falls below 6.5 per cent or the outlook for inflation goes above 2.5 per cent.

We are still quite a distance from both. (Fed chief) Ben Bernanke wants to ensure the US will not suffer from a Japan-like deflationary spiral.

Could the developments in Japan, China and the Euro zone impact this decision?

Among Japan, Europe, and China, the outlook for Chinese economic growth is worrisome.

The government itself is accepting the reality of economic slowdown, amid an anti-corruption campaign.

Aggressive implementation of fiscal/monetary policies is not expected.

It’s likely that downward pressure on the economy will become even stronger due to the effects of the recently introduced real estate control measures and strengthened controls on asset management instruments.

As it must be well aware of the limitations of past growth models and their side effects, and Chinese government, going forward, is expected to implement policies that focus on long-term stable growth.

What are the implications of this on emerging markets, especially India, which is also grappling with a widening current account deficit amid a sliding rupee? Where does it leave the Reserve Bank of India in terms of rate cuts?

Heightened uncertainty due to the potential of the QE withdrawal in the US resulted in outflow of funds from EMs, especially fixed income, including Indian currency.

A sliding rupee will be positive at the macro level to correct imbalances in the current account.

A steady depreciation of the currency is expansionary in nature and positive for the real economy in the long run.

However, RBI might be concerned with the very sharp movements of the currency and the potential for capital outflow, and might not want to undertake sharper rate cuts in view of the volatile financial markets.

Do you think foreign institutional investors’ fascination with India in the emerging market pack could be fading, given the worsening macros?

The current slowdown has exposed some of the weaknesses in the system and brought to the fore the need to undertake some far-reaching reforms.

With the government finally beginning to show some resolve in taking a few of the much-needed measures, the economic fortunes would see a change for the better in due course.

However, it will take some time for large policy announcements to trickle down to the ground and the government is still largely in governance paralysis.

It would be hard to project that an increasing number of new investment projects will be kicked off, given the already high level of leverage in the corporate sector, though incremental direction is positive.

Could the developing political landscape drive flows out of India?

The size of the capital market is limited in EM, which tends to exaggerate volatility one way or the other.

I expect gradual depreciation of the rupee, given the inflation differential.

Near-term flow of funds depends on the perception of future outlook of investors.

Political uncertainties in places like Turkey, Syria, Brazil, as well as domestic election schedule in India are not helping investor confidence, but these tend to provide interesting entry points.

If the government pursues its new found resolve to improve the macroeconomic situation by sustaining fiscal consolidation efforts, improve the supply-side situation in the economy, foreign funds are unlikely to exit India given the inherent growth potential of the country.

In terms of specific sectors and stocks, where do you see some respite from the carnage we may see over the next 6-12 months? What about precious metals?

I feel the current market downturn has punished certain stocks much more than their inherent economic worth and business potential.

Further, the market is not factoring in some of the positive measures that the government has undertaken to resolve the economic logjam.

I believe the companies which focus on the domestic economy should deliver very good returns, when the cyclical recovery takes root (these have been impacted the most in this downturn and are trading well below their intrinsic value) -- financials, telecoms, energy and materials, and consumer discretionary, including autos, while the export-oriented sectors like information technology and health care may benefit from a stronger US economy and weaker rupee.

In short, defensive companies have outperformed and are trading at a premium over the last several years.

We expect a gradual shift to cyclicals in the future.

As inflationary pressures subside in the next few quarters, we expect the market will start to discount the eventual economic recovery. One might include precious metals among defensives.

Close to 700,000 equity folios met with closures in May -- the highest monthly closures of equity accounts in the industry's history. How has LIC Nomura MF fared and what is the road ahead for the industry?

The past five years have been extremely difficult for equity investors, when other investment alternatives such as gold have delivered better returns compared to equity.

This has led to loss of appeal for equity as an asset class.

I believe we are at or close to the bottom of the economic downturn, and the process of healing has begun.

Investors are best advised to stay invested in the stock market and partake in appreciation that is likely to happen over the next few years.

You recently merged five schemes into one. What is the rationale behind such a move?

Though these schemes were different in investment objectives, over the years, they were getting overlapped and thus showing similar performance.

In order to meet the requirements of today’s investors and give them clear demarcation and good performance, decision of merger was taken.

This will help us in identifying the product gap and launch future funds accordingly. 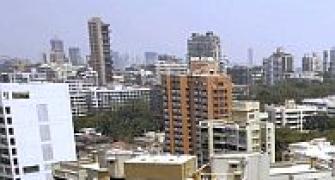 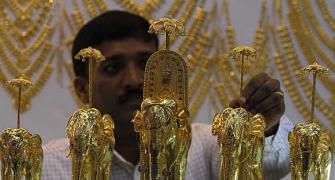 Jewellery stocks tank up to 20% POLL: Rupee may strengthen in a month 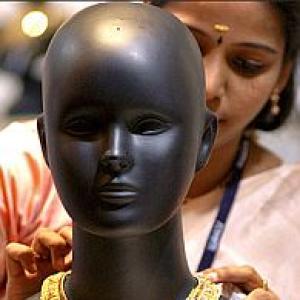