'India has the opportunity to attract capital.'

'While the dollar will clearly grow, there will be less depreciation of the rupee.'

'India has fared better in terms of the growth-to-exchange rate differential around the world.' 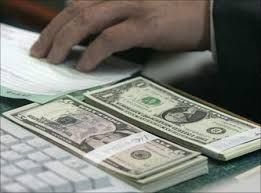 With more Indian companies expanding their global footprint and global majors increasing their operations in India, banks such as Citi are busy, more so at a time when some developed, as well as emerging markets are raising growth concerns.

Michael M Roberts (pictured below), global head (corporate banking & lending), Citibank, talks to Business Standard about how the bank is geared to benefit from India’s unique position among emerging markets.

The operations of foreign banks in India are limited compared to the opportunity. Why?

That depends on how you define limited.

At Citi, we are actually doing very well.

We are a big foreign bank in India.

There might be restrictions on the size of a bank but we have really been able to achieve what we wanted to do.

In fact, we think there is a huge growth opportunity and we will continue to invest.

We will continue to grow, as we bring our expertise from around the world. We do not feel constrained.

While economies in Europe, along with those of China and Japan, are slowing, growth in India is picking up. What does this mean for banks such as yours?

Many parts of the world are slowing.

Compared with other large countries (Russia, China and Brazil), India has much stronger fundamentals.

We will allocate capital and resources where we see better opportunities. I think in many respects, the opportunities in India are far greater.

So, for banks such as Citi, it is an attractive opportunity.

We are looking at countries that have high growth and among emerging markets, India has the highest growth rates.

We have invested about $3 billion of capital in the country, which is a significant amount; it is higher than most countries I mentioned.

So, while some countries will receive less global resources, India is net beneficial.

We have spoken to many multinational companies and, in global capital allocation, India has the opportunity to attract that capital.

You would have seen this from the stock market perspective; you will see this from banks; and you will also see this on the part of other global investors.

India has the opportunity to attract capital.

With the dollar strengthening against most global currencies, what does it mean for emerging markets such as India?

We are in the third year of a dollar-strengthening trend.

India has fared better in terms of the growth-to-exchange rate differential around the world.

The strengthening of the dollar isn’t good for many emerging markets.

Clearly, as the dollar strengthens, it could become difficult for companies to borrow money in dollars.

It could also be difficult for countries to borrow.

In many respects, India is doing relatively better.

The fundamentals here remain strong, with concern on the current account deficit disappearing, the government’s deficit continuing to narrow and interest rates moving in the right direction.

While the dollar will clearly grow, there will be less depreciation of the rupee.

There is a lot of scepticism in India. What is your expectation of credit growth here?

I think the economy hasn’t really reflected the opportunity.

The economy is growing, but it could grow faster.

There is a sense of optimism among many industrialists I have met.

But there is also a view that they want to wait and see the reforms or government action that will bring changes.

There is a twin view -- optimism on one hand and healthy scepticism on the other.

Many want to see a confirmation that these changes will take place.

It is not a conceptual question about ‘do you invest in India’? It is a question of wanting to be certain that changes are taking place.

That is true of the companies I have spoken to.

Globally, what are the key market risks you face in lending? Where does India stand among Asian and Latin American countries in terms of market risk?

For instance, there is political turmoil in Russia and Greece is increasing the risk to Europe.

We look for political stability, a functioning government and a monetary policy that is consistent.

This wasn’t always the case. There was a time when India was not as stable as it is now.

For a country of its size, India is in a unique position. It comes down to political stability.

The world’s largest democracy functions smoothly, even when the ruling party changes.

Where does India stand in terms of your global fund allocation? Is it among the top five growth markets?

We are present in about 100 countries.

Through the past 50 years, we have been supporting American, European and Japanese companies.

What we see is rapid internationalisation by these companies.

Most Indian companies will find Citi in most countries they want to operate in. We want to provide seamless service and financial product acumen on a global basis.

Among emerging countries, India is not just in the top five, it is also growing.

Meanwhile, Russia, also among the top five, isn’t growing, given the sanctions and the political turmoil.

Today, Brazil is in a difficult situation and it probably has a negative growth rate.

So, if you look at India, it is already big.

When we allocate capital, we think about the risk capacity we have. India is a much more favourable story.

We have been in India for 112 years. It is one of our oldest investments. Now, there is great sense of optimism. In most countries I go to, it is exactly the opposite.

Amid the evolving regulatory and Basel-III norms, global banks are consolidating their balance sheets. When do you expect this trend to end and what does this mean for the Indian economy?

As new risks emerge and are better understood, regulators in concert or individually will continue to refine capital models.

This is an ongoing partnership between banks and regulators, a continuing journey.

In general, Indian banks were relatively unscathed and better placed to meet Basel-III requirements post the crisis of 2008 and we have seen significant activity in terms of capital-raising to meet these requirements.

In the years to come, a lot more capital will have to be raised by Indian banks.

Fortunately, capital markets are wide open for the Indian financial sector and the reaction to the effect of the Budget to this sector has been positive.

If India has to grow at double digits, its companies will need to look beyond bank credit to fund growth -- global capital market debt and equity.

This represents a big opportunity for us; we expect this trend to continue and become more intense. 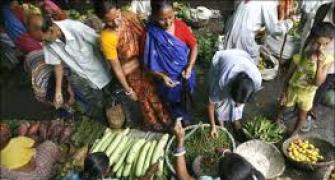 Why vegetable prices are sky high once again 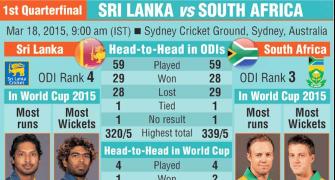