News
Business
Movies
Sports
Cricket
Get Ahead
Money Tips
Shopping
Sign in  |  Create a Rediffmail account
Rediff.com  » Business » 'If India has to grow, emphasis must be on the poor'

'The world is going to be more insular.'
'What India needs to do is develop the domestic market for domestic consumption.'
'The emphasis has to be on Bharat as against India.'
Illustration: Uttam Ghosh/Rediff.com 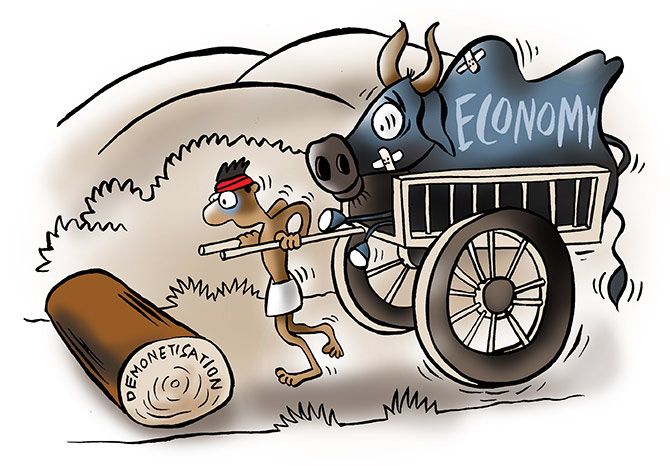 Dr Krishnamurthy Subramanian, associate professor of finance at the Indian School of Business, Hyderabad, is a member of both the Reserve Bank of India's expert committee on governance of banks and SEBI's standing committee on alternative investment policy.

Dr Subramanian, who serves on the board of Bandhan Bank, the first bank to be licensed after Independence in eastern India, also works with the finance ministry to reform food policy.

Rediff.com's Shobha Warrier discusses the 2017 Budget with him.

It is a mixed feeling for me. There are a bunch of things which I am happy about and there are a few things I am unhappy with.

I am happy with the emphasis the Budget has on the rural and agriculture sector without being too populist.

One of the key narratives today is quite a few developed countries are becoming protectionist and they do not want to import much.

So the returns from the export-oriented policies which China and many other East Asian economies have followed will be diminishing soon.

The world is going to be more insular.

So, what India needs to do is develop the domestic market for domestic consumption.

Unlike the smaller countries like Taiwan, Vietnam, etc, India's economy can grow catering to the domestic market.

For domestic consumption to grow, the income capacity of the bottom half of the population has to go up.

It can happen only through productive enterprise and jobs.

It means the emphasis has to be on Bharat as against India.

Looking at some data from 1990 to 2013, we see that the number of poor people has increased.

This shows more people have benefited, but inequality has increased.

So, if India has to grow, the emphasis has to be on the poorer sections of society.

It is also a fact that economic shocks affect the poor more than the middle class or the rich.

We are a population of 1.2 billion and if the people at the bottom of the pyramid are pulled up, this market itself is enough for India to grow.

That's why I am happy with the emphasis on the Budget to increase the productive capacity of the rural sector and not giving out doles.

One such policy is the Fasal Bheema Yojana which covers 40% of the irrigated area under insurance in fiscal 2018 and 50% in 2019.

Insurance is very useful to this section of the population.

Next is the target for agriculture.

So, there is emphasis on insurance and credit.

There is emphasis on irrigation through the Pradhan Mantri Krishi Sanchal Yojana and the allocation is up by 71%.

The worry everybody has is that we are having jobless growth.

With automation and technology, the biggest challenge Narendra Modi has is to create jobs for the young population.

How is the Budget going to tackle this?

Another positive aspect of the Budget is the emphasis on affordable housing.

With this, construction activities will start, which is very labour intensive.

It can give employment to low skilled workers.

With work on gram sadak, infrastructure activities will begin and again, it is another area that can give jobs to many.

Allocation for MNERGA also has increased to Rs 48,000 crore.

All these will create jobs for low skilled workers of the bottom third of the population in both the rural and urban areas.

Unfortunately, those who are not as rich as the top third of the population but not as poor as the bottom third need jobs and it has not been addressed at all.

I feel Make In India should be combined with Make For India because export oriented growth is not going to happen.

For this to happen, a lot of job creation in the second third of the population is essential, but this is not happening.

What is the biggest disappointment in the Budget for you?

It is the banking sector.

Nothing much has been done to ease the problems in the banking sector.

NPAs in the banks are rising and a lot of problems structural and governance related.

I have spoken to the Naik Committee about this.

Creation of The Bank Investment Company spoken about in the last Budget is ignored now and the Bank Board Bureau headed by Vinod Rai has not done anything so far.

Why do we have to wait for the Budget to address the problems the banking sector faces?

Of course, it can be addressed otherwise.

The banking sector, particularly in India, is the heart of the economy.

If the heart is blocked and cannot pump fresh clean blood which is credit properly, the body will lose its vitality.

We expect activities in the economy because of the allotments in infrastructure and housing but do you feel because the heart is not functioning properly, it may take more time for a revival of the economy?

Yes, it may take more time. That's what I am saying.

The initiatives in infrastructure and housing are good, but because the problems the banking sector faces is not addressed, the effect of the initiatives will not happen soon.

A clean up of the banking sector is absolutely essential and urgently needed.

Is the Budget in the direction of achche din?

As a political slogan it is good, but it takes time for any initiative to show results.

It is going to take time to clean up the mess created by the previous government.

How long can this government give excuses about cleaning up the mess? People expect results.

I agree. The reality is it takes time to see the results.

Liberalisation started in 1991, but we saw the results only a few years later.

A lot of economic results come with a lag.

I think to some extent, the government has over-promised and it may have to pay the price politically.

How many marks will you give the Budget?

I am taking out one-and-a-half marks for not addressing the problems the banking industry faces.

One good thing about the Budget is that it is not a populist Budget.

Instead of giving fish free, this government is teaching the poor fishing, and this is the right thing to do.

That's the difference between this government and the earlier one. 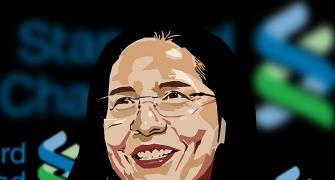