'India should take up defence manufacturing in a more serious manner and encourage greater private participation.' "I am not for opening up defence to FDI. No foreign company is going to put in 74 per cent and give you the latest in technology," S N Subrahmanyan, MD and CEO, Larsen & Tourbo, tells Amritha Pillay.

When do you see things stabilising for your company and at the macro-economic level?

In our order backlog in India, 20 per cent is from the private sector and the remaining is divided among the public sector, state governments, and the central government.

Of that 35 to 40 per cent is multilateral-funded.

One can ask with the pandemic and the strain on state and central government budgets, how things will go forward.

The various measures, specifically taken by the central government, are phenomenal.

For instance, the Rs 90,000 crore for discoms and allowing states to borrow 2 per cent more are two big steps.

Are you expecting a change in capital expenditure by states, the Centre, and the public sector?

Our calculation says the capex of the states and the central government is expected to come down this year by Rs 3 trillion to Rs 4 trillion.

We will need to get more aggressive to keep up with last year's levels or we look for opportunities in Africa and East and Southeast Asia to compensate us for that.

You have refrained from giving a guidance, but what is the estimate of the size and nature of orders we may see this year?

We expect to book orders and convert certain bids (where the company is eligible but contracts have not been placed) into contracts in verticals like heavy engineering, water, and power transmission.

In other segments like building, transportation, and hydrocarbons, the prospects are not similar to what they were in January-February, when we were budgeting.

Both the central and state governments are clear they wish to kick-start the economy.

The only way to do so is to announce projects, tender them, and ask contractors to create jobs.

Employment created through MGNREGA is a short-term solution. 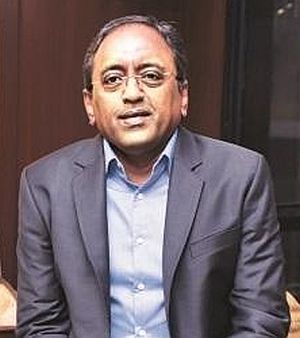 The only way to create long-term employment is through projects.

Therefore, we will see more projects coming up and we should be a beneficiary of those.

For now, things will be a little lukewarm.

We will not see significant private capital expenditure for the next one to two years.

The private sector's balance sheets are stretched. Two months of operations are lost. It will take time.

For us, we cannot get too much work done unless we are on the site.

Even during April and May, we have billed, but it is nowhere near what we used to do.

However, what we need to bill is still available in the order backlog.

Assuming by June-July we are able to get back 230,000 labourers to our site, we may need to put in double shifts in place, and have to find ways to do more with fewer people.

Our teams in various verticals are working to see how we could get back what we have lost.

I am nowhere making a statement that we will get back the entire billing we have lost, but it is a sincere attempt to progress quicker.

GHow do you see the current clamour for localisation with a strong sentiment against Chinese imports in the capital goods sector?

We are one of the few organisations which decide the selling price first and then try to keep the cost below that.

Once we have a selling price, we are stuck with it for two-and-a-half years.

We are not going to get a paisa more from the client.

Therefore, we go to the best and most efficient supply chain and at the moment it is China.

If the Make in India campaign catches up and if there are Indian manufacturers who are efficient both in terms of pricing and technology, we will look at those sources.

No doubt, this is going to be a tough year.

Capital allocation is going to be difficult and we need to rebuild an economy that was earlier chugging along in a fairly decent manner.

There is also the psychic fear around the pandemic. I hope there is a vaccine soon.

Until then, we need to live with the virus; we need to get back to economic activity and be positive.

What are your views on the stimulus package, under which domestic defence manufacturing is expected to get a fillip?

Defence is a permanent start-up.

We have two heavily-armed nuclear-power neighbours.

India should take up defence manufacturing in a more serious manner and encourage greater private participation.

I am not for opening up to foreign direct investment.

No foreign company is going to put in 74 per cent and give you the latest in technology.

At best, firms abroad are going to assemble or provide a second-hand product.

With COVID-19, does your earlier expectation that your service basket -- which comprises information technology, real estate, and finance -- will grow faster still hold? Both real estate and finance may be under pressure.

I expect it (service basket) to. These businesses are spread across the world and that is an advantage.

Some countries have flattened the (COVID-19) curve and are opening up their economies.

Some industries to which our businesses provide services are in a bit of a trouble, for instance, transportation, hospitality, oil and gas, and, to some extent, automobiles.

I am hopeful between the second and third quarters these industries will bounce back.

There will be a setback in the first quarter, however.

By the fourth quarter things will get better and hopefully the pandemic will also subside. 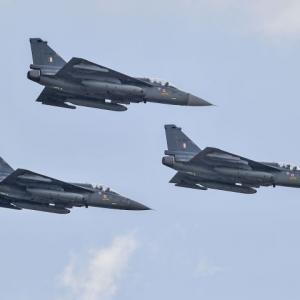