Thinking big, China is changing the world order; with mixed priorities, we can but tag along, writes T J S George. 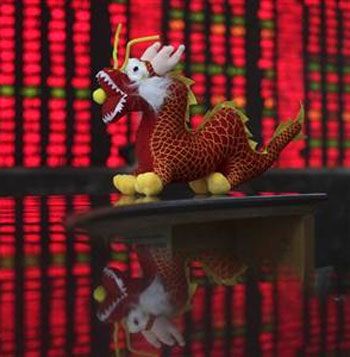 It is now clear that China is seeking to change the way the world is run. Its two big schemes -- the Silk Road Economic Belt and the Maritime Silk Road, or Belt and Road in short -- are so daring and perceptive that the world is struck yet again by the long-term view of China's strategists.

Add to this the concept of the Asian Infrastructure Investment Bank and its runaway success -- and we can see China overtaking America in influence even without getting anywhere near its rival in technology and military might.

India is a negligible factor in this new great game though it is in the direct line of fire as indicated by China committing $46 billion for power and infrastructure projects in Pakistan. India will remain negligible for the foreseeable future given the confused priorities of our political parties and the absence of a united national will.

The magnitude of China's gain as a result of its new initiatives can be gauged from the way major powers responded to them. Britain ignored the objections of its traditional ally, the US, and joined the AIIB. Germany, France and Italy quickly followed. America's closest allies in Asia-Pacific, Australia and New Zealand, also checked in. So did Iran. Some 46 countries including India were on the founders' register as the deadline closed last month.

The bank will mean a shift away from the West and its institutions like the World Bank and the International Monetary Fund which have controlled much of the world's affairs till now. This will worry those who look upon China's ambitions with suspicion. Their consolation is that, although the new system will be China-driven, it will, hopefully, not give China the power to ride roughshod over others. All founding members of the bank are shareholders. China will be the largest single shareholder, but it will be in no position to ignore the combined might of the other members.

To that extent the structure of the bank may act as a restraining influence on the kind of assertiveness China has shown in many of its  bilateral dealings. This position of obligatory reasonableness is what President Xi Jinping probably had in mind when he told the Boao Forum (yes, China has established a parallel institution to the World Economic Forum of Davos as well) that China would accommodate the interests of others while pursuing its own and offered to sign treaties of friendship and cooperation with all its neighbours.

A similar check will be enforced by the practical compulsions of the belt and the road as well. As China's own documentation says, the belt 'focuses on bringing together China, Central Asia, Russia and Europe; and connecting China with Southeast Asia, South Asia and the Indian Ocean'. The maritime road will 'go from China's Coast to Europe through the South China Sea and the Indian Ocean in one route, and through the South China Sea to the South Pacific on the other'.

The unifying theme is connectivity through massive investment, massive projects and financial integration. The ideas envisaged are globe-girdling  as well as mind-boggling. Consider just one detail. Countries are called upon to provide 'unified coordination mechanism for whole-course transportation, increase connectivity of customs clearance, reloading and multi-modal transport between countries'.

Sixty or more countries may be participants in this gigantic programme. Its primary thrust will come from China and so, perhaps, will the lion's share of infrastructural investment; China has the world's largest accumulation of spare foreign exchange, around $4 trillion. However, as in the case of the AIIB, participating countries are not necessarily helpless before a dominant China. Connectivity infrastructure has to be built in the jurisdictions of sovereign countries which can insist on having a say in the approval and execution of projects, not to mention their management. China will have to modulate its involvement accordingly.

China's economy is slowing down and India's is gaining traction. But India will necessarily remain a country that has no option but to go along with China's schemes because India, for all its oratory and prime-time showmanship, is lightweight in international politics. It took China 30 years to reach its present high-voltage status; such a short span was enough because the whole billion-strong nation concentrated on development.

In our case, Prime Minister (Narendra) Modi concentrates on development. On the ground his allies concentrate on religions: with patriotic calls to sterilise this group and disenfranchise that. Only one vision can win -- Narendra Modi's or Sakshi Maharaj's.

This column was first published in the New Indian Express, and is re-published with the kind permission of the author. 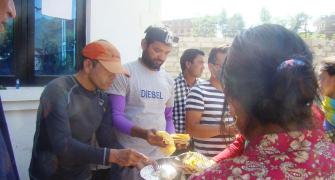 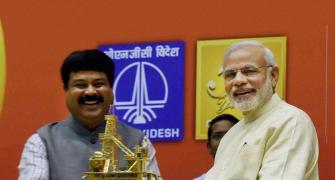 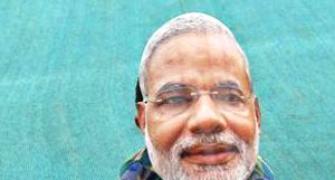 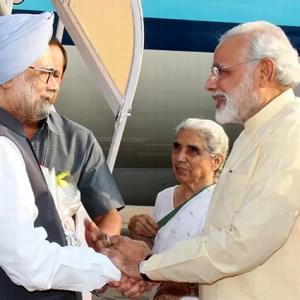