News
Business
Movies
Sports
Cricket
Get Ahead
Money Tips
Shopping
Sign in  |  Create a Rediffmail account
Rediff.com  » Business » Too much optimism on inflation targeting is misplaced

Are we adopting an idea whose time has come and gone? My feeling is, yes, says ex-banker C Joseph Chacko in the fourth article of the series. Image: It is generally agreed that the adoption of inflation targeting alone will not be a panacea for emerging economies, says ex-banker C Joseph Chacko. A vegetable vendor in a wholesale vegetable market, in Kochi. Photograph: Sivaram V/Reuters.

India has finally entered the league of nations that are following inflation targeting. As per an agreement signed between the reserve Bank of India and the Government of India on February 20, an inflation target of six per cent is fixed to be achieved by January 2016 and four per cent by 2016-17, with a band of (+) or (-) 2 per cent from the target. It is proposed to form a new Monetary Policy Committee outside the RBI. The RBI will have to publish inflation targets, at half yearly intervals, for the ensuing 18 months. The governor will have to explain reasons for the deviations from the targets, if any, and suggest remedial measures.

Inflation targeting is a monetary policy strategy used by central banks for maintaining inflation at a certain level or within a specific range. It fixes the future target for the inflation level and aligns the monetary policy measures to achieve the goal. J M Keynes had indicated the usefulness of such a measure as early as in the '30s. The text book advantages of such a prescription are obvious -it reduces investor uncertainty, allows central banks to fix policy rates “counter-cyclically”, ensures transparency and communication, fixes greater accountability on the central bank, can help the central bank to insulate from political pressures for overly expansionary policies etc.

Inflation targeting, as a policy, has been adopted by 28 countries -- both industrially developed and developing economies -- across the world. The success rates are varied. The level of price volatility has been found lower in many countries which adopted the system. But it is also observed that such countries adopted it as a part of their overall economic restructuring and policy reforms. But whether targeting can by itself control inflation has not been proved by empirical studies.

It is generally agreed that the adoption of inflation targeting alone will not be a panacea for emerging economies. The global economic crisis of 2008 dampened the enthusiasm of many countries. According to Jeffrey Frankel, professor at Harvard University, 'Inflation targeting passed away in 2008'. The fact that 26 countries adopted it from 1991 to 2007, but only two followed after 2008, supports this statement. It is also argued that it can succeed in normal economic circumstances, but will be ineffective in extraordinary situations.

So, are we adopting an idea whose time had come and gone? My feeling is, yes. The concept of an ideal inflation target is not something new to this country. As early as in 1985, the Sukhamoy Chakravarty Committee had suggested an inflation target of four per cent for India. This was opposed later by Chakravarthi Rangarajan, former RBI governor, who suggested a rate of five-six per cent, with the objective of achieving six-seven per cent economic growth. The RBI governors who came later, while emphasising the prime objective of inflation control, had also in mind, stability of exchange rates, government’s borrowing needs, import controls and export promotion as their functional priorities. Duvvuri Subbarao, former governor, had argued that inflation targeting is neither feasible nor advisable for India.

His views were based on hard realities on the limitations of RBI monetary policy as below:

It is to be examined whether the tools in the RBI arsenal are adequate for and capable of achieving inflation targeting. The main methods in the hands of the RBI are -- adjusting reserves (CRR, SLR), changes in rates (repo, reverse repo) and open market operations (OMO).

The RBI followed tight money policy in the 'seventies, 'eighties and the first half of the 'nineties. It continuously raised the reserves and rates and kept the lending rates of interest at very high levels. The conventional wisdom is that if availability of credit for private sector is restricted, the availability of money supply gets reduced which will bring down the prices. But this tight money policy not only worked against growth, but also failed to achieve its objective of price stability.

Traditionally, RBI followed its monetary policy as a response to the inflation stimulus and it was never a driver for the level of inflation. Further, RBI can only control inflation caused by internal factors, but has very limited role in respect to external factors. The recent downward swings in inflation numbers were not due to any RBI measures, but due to the fall in price of crude.

While the prevention of depreciation of the rupee needs tightening of money supply by increasing the rates and reserves, the promotion of growth objective requires lower rates and greater availability of credit. This dilemma of conflicting objectives is one of the main problems faced by the Indian economy today. This will continue even with the IT regime unless proper fiscal consolidation measures are undertaken by the government prior to announcement of targets.

From the experience of the countries which showed reasonably favourable success rates in inflation targeting, it is observed that there are certain essential prerequisites for the success of an IT regime. Institutional independence of the central bank, well-developed infrastructure of forecasting and modelling, availability of accurate data, fully deregulated pricing not overly sensitive to exchange rates, highly sound financial system, sound banks, well-developed capital markets, smooth transmission mechanism etc are some of them. India has to go a long way to reach anywhere near these goals.

Lowering the fiscal deficit has to be the top priority for the government. Reducing subsidies on oil, food and fertiliser will require enormous political will. The government has to improve supply side of farm products, introduce better storage and transportation facilities, eliminate the huge wastage in agricultural products, and control hoarding and black marketing.

The huge NPA level of banks is a serious problem for the health of the banking system. The recovery mechanism in banking has to be strengthened by effective legal reforms. Capital infusion in weaker public sector banks has to be another top priority. The expected huge additional government expenditure after the seventh pay commission will have its effect in demand pull inflationary pressures. Proper safeguards are to be planned.

Adopting inflation targeting before structural preparations is like putting the cart before the horse. Perhaps, the favourable CAD (current account deficit) position caused by the fall in crude prices might have emboldened the government. But the strength of the boat is to be tested in rough waters. Ideally, the Monetary Policy Committee could have been constituted and allowed to function for some time, before the announcement of the targets.

The single focus on inflation control may take away the attention from equally pressing problems like unemployment. If anybody argues that the government which has come to power on the promise of inflation control needs to find a scapegoat in the RBI or in the MPC for its failure to fulfil the promises, he cannot be blamed.

Too much optimism on inflation targeting is misplaced. 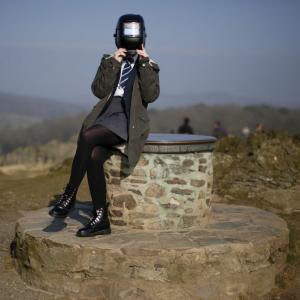