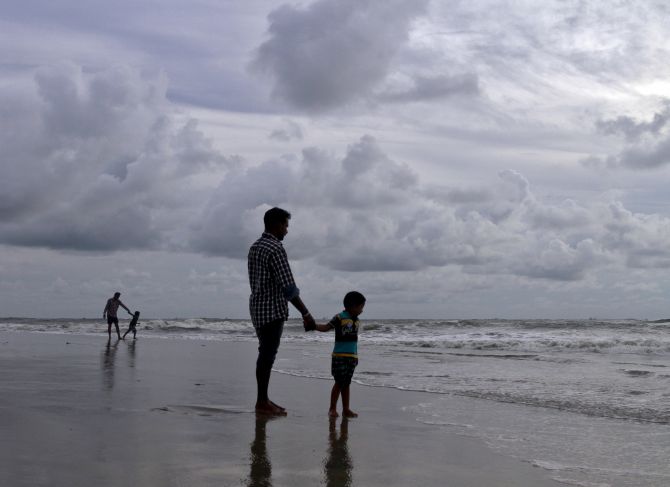 The fear of drought created by the prediction of a weak monsoon by the India Meteorological Department seems to have given way to cautious optimism.

The change in mood is largely because of better-than-expected rainfall in the first half of the four-month monsoon (June to September).

Rainfall has been well-spaced and quantitatively almost normal in most parts of the country.

A good kharif harvest, therefore, can be expected, with the consequent positive impact on food inflation.

Nothing can yet be said conclusively about rainfall in the second half of the season; but, in the past few years, it has been even better than in the first half.

If that happens -- which seems quite likely as the monsoon now tends to remain active till late September instead of beginning to retreat from the first week of that month -- the IMD may have gone wrong once again in its monsoon forecast.

In fact, the IMD has erred in seven out of the past 12 years.

This year, the IMD projected the total rainfall in the country to be 93 per cent of normal in its long-range forecast made in May, and lowered it further to 88 per cent in the updated version in June.

In its regional breakup of the rainfall, it projected that the country's key northwestern farm belt would get the least rain -- some 15 per cent below normal.

But this region has got the most rainfall among all the regions till now. The final picture will, of course, emerge only at the end of the season.

Interestingly, the monsoon rainfall so far seems closer to the prediction made by the private weather forecaster, Skymet, than that of the IMD.

Skymet anticipated a normal monsoon with the total likely rainfall at 102 per cent of normal levels.

More significantly, it has stood by its prediction made prior to the monsoon season, while the IMD has chosen to modify its forecast after the onset of the monsoon.

A good deal of investment has gone into upgrading the IMD's data gathering and computing systems, particularly after the 2004 drought which the IMD failed to foresee.

It now has at its disposal a dense infrastructure of satellite-based automatic rain gauge stations, facilities for upper air observations, a network of Doppler radars and a supercomputing system to ensure speedier collection, transmission and processing of data.

Obviously, such resources for gathering first-hand weather-related data are unlikely to be available to private forecasters, forcing them to depend on secondary sources of information.

Yet, they seem to make more reliable weather forecasts. The IMD, on the other hand, seems unable to gainfully utilise its resources, though it has been changing its prediction models quite frequently.

The time has come for the IMD to look into this aspect with seriousness. It may be worthwhile for it to seek assistance from other local or foreign weather forecasting agencies which have better prediction records.

Image: A boy holds his father's hand as they walk on a beach in Kochi. Photograph: Sivaram V/Reuters 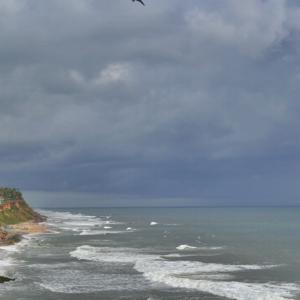 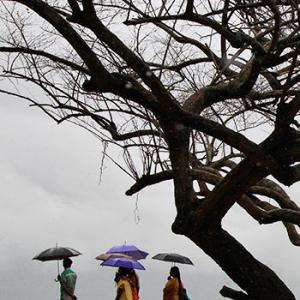