News
Business
Movies
Sports
Cricket
Get Ahead
Money Tips
Shopping
Sign in  |  Create a Rediffmail account
Rediff.com  » Business » Mr Modi needs to do more than a prime minister does

Companies know the costs of investing into a broken system on the word of a prime minister and thus private-sector investment revival will not happen without a clear pro-market legislative agenda from the government, says Mihir S Sharma. 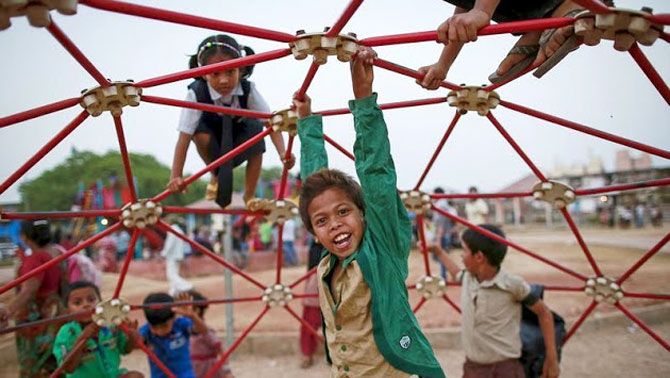 Image: The presence of a business-friendly, action-oriented government with a majority in the Lok Sabha should at least have energised investors' animal spirits. Photograph: Reuters.

It's now widely understood that, in spite of its best intentions, the Narendra Modi government is not moving quite as swiftly towards creating an economic revival as was expected. The government itself is, understandably, putting the best possible face on this delay, citing both the improvement in macroeconomic indicators such as inflation - which is largely the product of factors beyond its control - and the various measures it has implemented since May. And, certainly, some of those measures will help: auctioning coal and spectrum, the attempt to fast-track some central environmental clearances, assurances of independence delivered to the chiefs of public-sector banks and so on.

And yet concrete signs of revival are not easy to find. Perhaps one of the only such is the data on "investment intentions" from the database of companies maintained by the Centre for Monitoring the Indian Economy, or CMIE. According to this data, new investment announcements rose 80 per cent in 2014-15 over 2013-14. That does sound like a revival; except the implementation of these new proposals, or of previously existing investment plans, continues to stutter.

And even within 2014-15, the rate of investment announcements slowed in the March quarter, according to CMIE's managing director. He also pointed out that the concentration of these new announcements in Gujarat - 40 per cent - suggested in fact that "the rest of the country has seen a significant slowing of proposals". It is, thus, difficult to conclude that an investment revival has occurred, or is in the process of occurring.

This was not supposed to happen; the presence of a business-friendly, action-oriented government with a majority in the Lok Sabha should at least have energised investors' animal spirits. And, certainly, the financial markets were excited for quite a while. But the real sector waited. Why? Partly it maybe because, new central clearances aside, a lot of capital continues to be tied up in projects halted by legal challenges and state-level regulation. 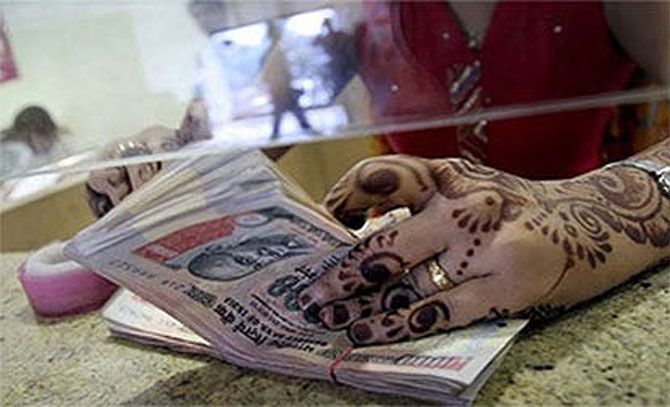 Image: Some partial investments into projects that were planned and made when global prices or estimated demand were at earlier levels may not even be viable any more. Photograph: Reuters.

Other projects may need additional investment to continue to be viable, but their operators may be so deep in debt that nobody will lend to them. Banks concerned about non-performing assets are being stingy with further lending in any case, whether or not the Reserve Bank of India (RBI) cuts rates. And, finally, some partial investments into projects that were planned and made when global prices or estimated demand were at earlier levels may not even be viable any more. The government can clear as many of those projects as it can, but they won't move.

In other words, the effects of the last, flawed investment binge are still with us - the mistaken project choices, the debt overhang, the tied-up equity and the non-performing assets. Assuming that "clearances" were the basic problem, as was done for much of the last few years, was always reductive; and it has allowed policymakers to miss the real issues, which will require much deeper structural reform than has been discussed so far.

Legal changes will need to be introduced to allow or push promoters to exit failed projects, so that the projects' viability can be evaluated independent of their promoters' stressed balance sheets; state-controlled banks will need internal accountability, or be privatised, or downsized as a force in the economy; and regulatory capacity will have to be massively expanded.

Most of all, it has been burnt by seeing how the United Progressive Alliance (UPA) government seemed to be initially friendly to private enterprise, seeking it as a partner in the development of infrastructure and industry - and then turned away from it when times became tough. Image: Modi needs to ensure that his promises and actions are seen to be independent of him. Photograph: Danish Siddiqui/Reuters.

Prime Minister Narendra Modi enjoys considerable popularity and a credibility among business. Yet his repeated assurances, and even his executive actions, are not enough for private enterprise to forget that they have been burnt. Simply put, Mr Modi needs to do more than a prime minister does. He needs to ensure that his promises and actions are seen to be independent of him - that they will survive a turning of the political climate such as happened under the UPA, as well as the most stringent judicial inspection.

Mr Modi has, so far, behaved as successful chief ministers do. He has urged his ministers to make changes to specific policies through fiat that are broadly in line with sectoral demands; he has made a pitch for increasing investment, and sought administrative quick fixes that he hopes will make things easier for business. But prime ministers faced with the problems that he is need to stop thinking like chief ministers. They need to change the law, not just the rules. They need legislative changes, not executive rulings. They need Acts, not just actions.

In other words, reform is not about what a prime minister does. Reform is about what a Parliament passes. It is a legislative programme.

Some piecemeal, but nonetheless welcome, signs of such an effort can indeed be discerned. The first is the bankruptcy legislation that was promised by the finance minister in his Budget speech. There is still no news on how this is being drafted and the principles it will incorporate, but it is an important first step towards freeing the movement of capital.

Second is the news, last week, that another Budget promise was being followed up on - the commerce ministry has set up a panel to examine how to replace the current regime of multiple trade permissions with a regulatory framework. The committee has 30 days to produce a report and a draft law. And there is the possibility that the government's acceptance of the recent T S R Subramanian report - greatly flawed though it is - might herald a redrafting of India's complex and contradictory environmental regulation.

These are useful, but simply not enough. They need to be embedded in a larger and comprehensive effort to rework the legal framework that oversees Indian enterprise. There is as yet no evidence that this is seen as necessary by the only person who matters - the prime minister.

But, sadly, without such changes, corporate confidence cannot be restored. Companies know now the costs of investing into a broken system on the word of a prime minister. They know the costs of assuming that the courts will accept pro-market readings of archaic socialist-era legislation. Mr Modi must stop talking, and start writing.