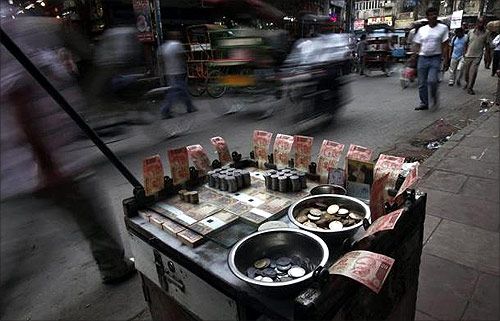 Narendra Modi set out with characteristic energy to showcase his government’s first year in office.

Much of what he has said in public rallies and interviews is on expected lines: corruption has been contained, sentiment has improved, this government is working unremittingly for India’s poor, there is hope instead of despair and so on.

Much of this has been dismissed as atmospherics; and others, including his predecessor as prime minister, have claimed that many of the schemes for which he has taken credit -- from rural employment to inclusive banking, provident fund reform and neem-coated fertiliser -- are legacies of the United Progressive Alliance that Mr Modi’s government has accelerated or modified.

But Mr Modi’s chosen variations on the achche din theme are, in fact, easy to explain.

It seems many of the real gains of his first year are issues he does not want tom-tommed at mass rallies.

The fear is that they are ‘anti-poor’ as defined by the conventional paradigms that inform the Indian political discourse, and so he will leave himself vulnerable to opposition evisceration (‘suit-boot ki sarkar’ being just one example).

Many have remarked that his speech in Mathura on the anniversary of his assumption of power, while delivered in Mr Modi’s characteristic spellbinding style, had content that seemed to be a complete reversal of the growth-promising speeches on the campaign trail.

In it, the prime minister was at pains to stress his ‘pro-poor’ credentials -- although, taken together, several of his government’s actions reflect political courage that has been notably absent in the past.

For example, diesel and petrol decontrol have been allowed to take hold, allowing prices to rise so far with global oil prices.

The government was also quick to take advantage of low prices to bolster its revenues by raising fuel duties.

His oil minister has talked openly even about deregulating prices of kerosene.

The Centre also sharply cracked down on the bonuses on the support prices offered by state governments, some of them ruled by the Bharatiya Janata Party, another important step towards curbing subsidies.

The fact that an adverse decision by the Bombay High Court in a transfer-pricing case against Vodafone was not appealed is a baby step in the direction of improving confidence in the government’s conduct of legal tax disputes.

Yet many of these steps have been subsumed by the sloganeering of the early months —Swachh Bharat, Make in India, Smart Cities et al.

This, however, raises a deeply problematic question.

It seems that even Mr Modi -- a salesman par excellence and one of the few Indian politicians who are able to present economic decisions in a way that gets votes -- is not willing to discuss even the limited amounts of economic reform he has carried out.

So will India ever graduate from the ‘reform by stealth’ paradigm to a more open and honest political economy? 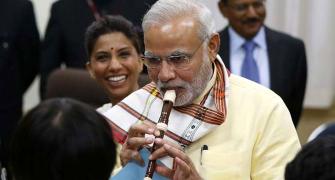 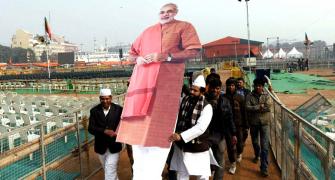 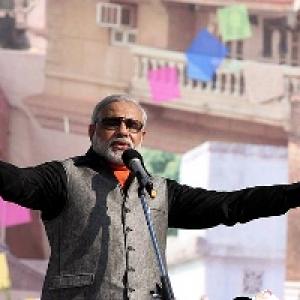