Modi and the many Gordian knots

Is it because of the failure to deliver serious institutional reform or that, at the end of the day, we are like that only, asks T N Ninan. 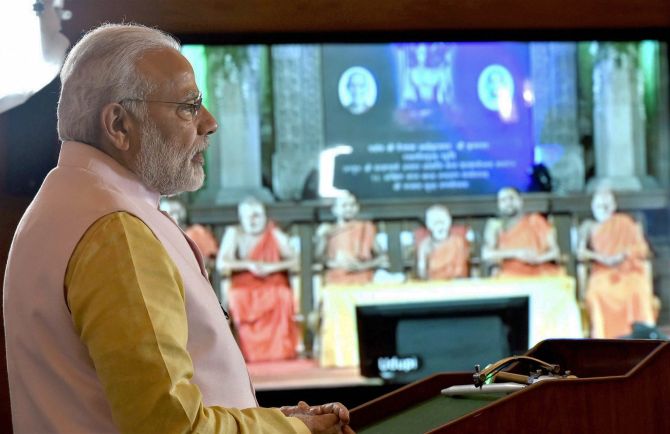 This year marks what would have been the close of the 12th five-year Plan (2012-17), had planning not been abolished.

These five years represent a break from the steady acceleration of momentum that had been the story till 2012.

The following decade, which marked the 10th and 11th Plan periods (2002-12), saw growth spurt to 7.8 per cent -- despite the fact that four of those 10 years were after the start of the financial crisis.

Against this, the 12th Plan will have averaged only about 6.8 per cent annual growth.

That’s not bad going when most other economies have seen sharper deceleration.

The world economy as a whole has shifted gears down, from more than four per cent growth to about three per cent.

China, which averaged 10.5 per cent for two decades, and reported an unworldly 14 per cent at the peak of the cycle, is now clocking no more than 6.7 per cent.

The erstwhile stars of South-east Asia are looking to do just about five per cent annually till 2020.

Many large economies expect no growth at all, while some large economies that were bigger than India’s not long ago (Brazil, Russia, France, Italy) have actually shrunk in size.

Almost all of this is well known, but to argue that the global situation explains our slowdown is to do a cop-out.

The fact is that many of the problems that have bedeviled the economy these last five years have purely domestic origins -- the policy paralysis that marked the last two years of the Manmohan Singh government, the crony capitalism of the time, the domestic debt crisis that has hobbled, and continues to hobble both banks and large companies, and (let’s face it) the Modi government’s unwillingness to grasp the nettle when faced with difficult policy issues.

The question is, what comes next?

Will there be a fresh acceleration to eight, nine and even 10 per cent growth, as callow government ministers kept promising in the initial days of the Modi government?

Or, are we going to see more years of relatively sluggish growth?

It’s hard to tell because the country could move in either direction. There is so much reform -- legal, administrative, policy -- waiting to happen that speeding up once again should be easy to do.

But India remains essentially ungovernable, seemingly incapable of coordinated action to deliver what a much poorer Bangladesh has done on key millennium development goals.

The initial policy reform was easy -- industrial licensing could be eliminated with a stroke of the pen.

Process reform and programme delivery are another game altogether.

Anyone in the three levels of Constitutionally mandated government can block or ignore initiatives.

The courts on their part think nothing of issuing stay orders like a rash, then fail to hear the substantive cases for months at a stretch.

Government teachers and doctors are beyond the reach of any carrot-and-stick approach aimed at improving the dismal record of public education and public health.

Why, just buying stuff sensibly is beyond us; which other major navy has destroyers without helicopters, frigates without proper sonar, and submarines without torpedoes?

It isn’t all bad, of course, and many parts of the system are working as they should, or we would not be doing seven per cent growth.

But these are real issues when you look to do eight per cent and more.

The question that begs an answer is, why even a purposive prime minister, intent on showing results, is unable to untie so many Gordian knots.

Is it because of the failure to deliver serious institutional reform or that, at the end of the day, we are like that only? 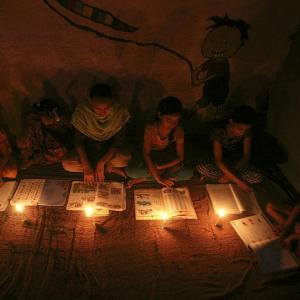