Waiting for capitulation in commodity markets is the better route to profits, says Sonali Ranade.

The commodity cycle has been in a downturn from May 2008 and has run through six years of a bear market.  While that's not unusually long for commodities, the cycle is nearing its end and prices look attractive in a historical perspective.  But it is it time to buy?

I take look below at gold, silver, copper and crude.  Broadly, the technical picture is mixed but the probability of significant price drops towards the tail end of the bear market in things like precious metals is high.

As noted earlier, it is the USDJPY pair that appears to be driving currency markets. Indications are that the USDJPY may take a breather and correct to 100 from its current level of 104 over the next four to six weeks and that may drive the dollar lower in other markets as well.

In India, the INR has been appreciating against the dollar ever since the dollar made a high of 68.68 against the rupee last year. That correction may now be over and the dollar could head for INR 64 again over the next two months.

Bulls should avoid calling bottoms although we are getting close to them. Waiting for capitulation in commodity markets is the better route to profits. 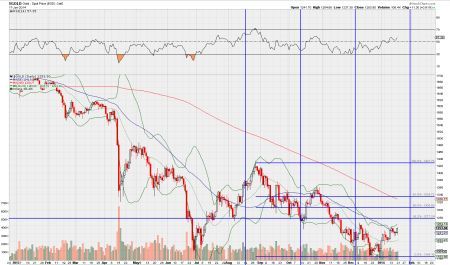 My sense is that we are likely to see more weakness in the metal further down the road that tests upward support trend line that stretches all the way from March 2001. New lows below $1180 appear indicated.

The metal is currently positioned at $1251 a notch above its 50 DMA that's currently hovering in the $1245 area. In the near-term, we might have the metal continue to rally towards $1270 area by the end of this month. The market's reaction to the price in the $1270 will decide the future course of price moves. A reversal from there will indicate further price breakdowns are in the offing.

A move beyond $1280 probably indicates a different wave count from the one I am using here that could take the metal all the way to $1360 or even $1440. But that appears unlikely given the weakness in price where one expects strength. Long-term, even if the metal rallies to $1440, the bear move down would be far from exhausted. India's central bank can rest easy for a while more. Gold imports won't pick up in a bearish market. 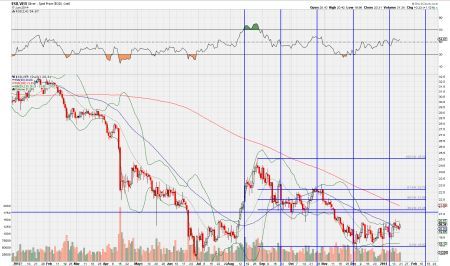 The metal's price moves follow gold though not exactly or with the same wave counts. By my reckoning, silver's latest leg down began from a high of August 28, 2013, and ended at $19.13 on December 2, 2013. Since then the metal has tried to rally upwards towards its major resistance of $22.

My sense is that the reactive move upwards will continue towards the 50 per cent retracement level that coincides with a major resistance and the 200 DMA. Even if the 200 DMA gets taken out, I expect the metal to turn down once again and retest $18 before the complete bearish wave from the top of $49.50 in April 2011 exhausts itself. Note, silver broke down from its top in April-end 2011 as against gold, which began its decent from September 2011. So expect silver to lead the way! 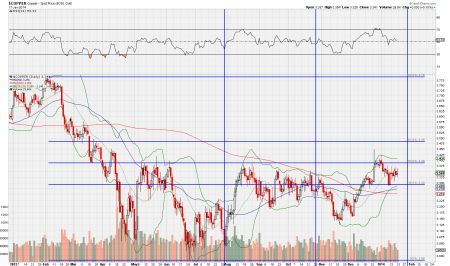 To my way of reckoning, copper completed its last bearish impulsive move at 3.0420 on March 30, 2013, and has been in a reactive uptrend since then that has quite a way to go yet.

On finding support at 3.25 as I expect, the metal could head for new highs beyond 3.45. Copper is not a bearish play and can be bought at a dip to 3.25 or even higher. 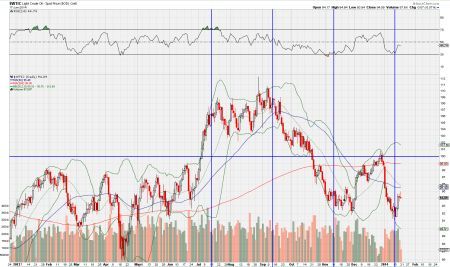 Crude is capable of a lot of surprises at this sage of the play. So I am gonna stick my neck out for the very short-term only. We will get a better picture of how things resolve in crude by early April. Expect the market to surprise either way.

Hard to say which way crude will breakout from 87 to 110 range of the last few years. But a break below $90 could be on the cards. And that's more bullish news for India's crisis managers back home. Don't bet on the long side of crude till the end of March. 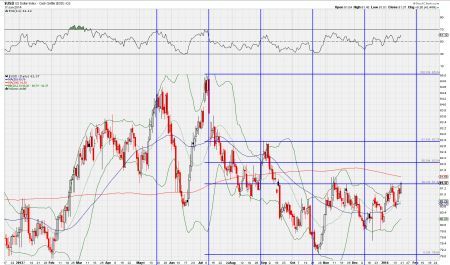 Any sustained move above 82 would invalidate my wave count and this analysis. The downside to the index is very limited.  So position traders should probably avoid large bets either way. 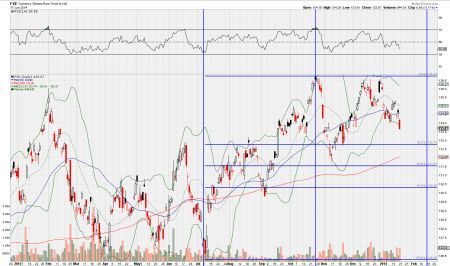 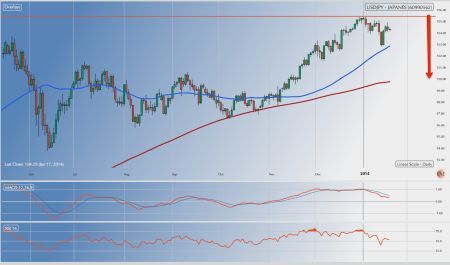 To my mind, the USDJPY pair has put in an intermediate top 105.44 on January 2, 2014, and has launched into the second leg of the correction for the run-up in the pair from the low of 75.79 in October 2011. Note the up-move from 79, which probably targets 110 or higher is not yet exhausted. However, the pair appears to be in complex “running correction” ever since it made a top of 102.88 in May last year and the current downtrend can be seen as a second leg of that correction although one must expect it to be much shallower.

With that in view, expect the Dollar to rally from the current level of 104.29 towards 105.50 but not breach the level next two or three days before turning down to reach for 100, which also happens to the current level of its 200 DMA. The process may take weeks but the trend after a brief test of 105.50 again should be down towards 100. A breach of 104 will confirm the trend. A decisive break above 105.50 will invalidate my analysis. 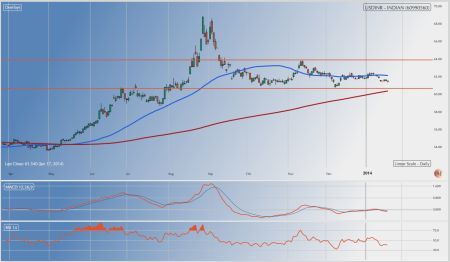 The Dollar has been in a correction against INR since the top of 68.80 on August 28, 2013. The correction continues but may be nearing a reversal.

My sense is that the correction in the Dollar from the top of 68.80 got over with the low of 60.83 on December 9, 2013, and the Dollar is coiling up for a rebound to the topside. My analysis would be validated when Dollar bounces off to the topside from the vicinity of 61 in a decisive upturn. In which case I would look to buy the Dollar after the said bounce with a stop-loss just under 60.80 for a intermediate target of 64.

A break below 60.75 would invalidate my analysis.  A note of caution, though. The journey to 64 after a bounce from the vicinity of 61 will be neither one-way nor swift. The Dollar is also correcting to the downside against other major currencies and this will mute the moves to the upside to begin with. 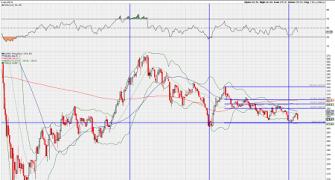 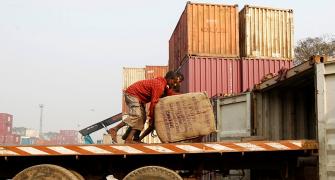 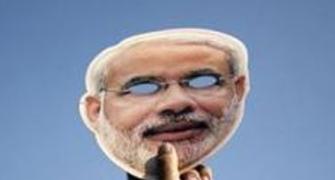 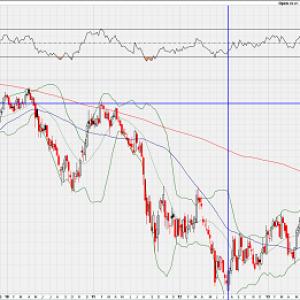 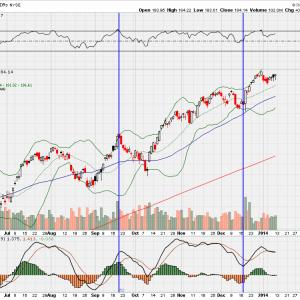