Job creation will require skill development for productivity enhancement in what is today the unorganised sector, says Nitin Desai. Job creation is considered to be the most serious development challenge that India faces.

It is a major source of contention in the political space. Data warriors have been arguing about the impact of demonetisation on employment.

But this jousting is futile as our employment data systems do not provide the granular information required for connecting short-term trends to underlying causes.

Even the basic information on employment and unemployment that they provide shows little variation over time or under varying economic conditions.

The fact is that in India nobody can afford to be openly unemployed.

Those who cannot find regular employment in the labour market end up doing casual work, or get absorbed in the large number of family enterprises.

Labour market conditions may be reflected more in fluctuations or trends in the proportion of persons in the relevant age group who offer themselves for work (labour participation rates) than in the explicit unemployment rate.

Yet, identifying a job creation strategy requires some assessment of current trends in employment generation. A recent study provides some clues for the trends from 1999-2000 to 2011-12, a period that covers the high-growth phase (Ajit Ghose, India Employment Report, 2016, Institute for Human Development and Oxford University Press):

'Gender inequality in work declined between 1999-2000 and 2011-12 as the improvement in employment conditions for women was larger than for men.'

Recent trends look less favourable as the Labour Bureau’s annual Employment-Unemployment Surveys show an increase in unemployment from 3.8 per cent in 2011-12 to 5 per cent in 2015-16. One analyst (Vinoj Abraham, 'Stagnant Employment Growth', Economic & Political Weekly, September 3, 2017, vol. 52, no. 38) has estimated 3.7-5.5 million as the “employment loss”.

How large is the job gap? How soon can India reach a point when there is no hidden underemployment and all who want work can find it at a fair wage and decent work conditions?

The Institute of Human Development study cited earlier estimates the current surplus labour number at 117 million-52 million who can be withdrawn from work without loss of production, 52 million who are not at present in the labour force but are able and willing to work, and 13 million who are the reported unemployed.

Annual additions would be of the order of 6-8 million. Can we absorb about 16 million a year in decent work and reach full employment by 2030?

Some have argued for export-driven manufacturing growth drives job creation as in China.

The prospects for export growth as the driver look less attractive now because of the slowdown in the major Organisation for Economic Co-operation and Development markets and growing protectionist threats.

A major concern about the medium-term future of manufacturing and commercial service jobs comes from the prospective growth of robotics and automation, which may slow down the growth of global value chains.

We have launched a major drive for growth in manufacturing output with Make in India and for skill development with Skill India.

We need to connect the two so that manufacturing growth is oriented to absorb labour and skill development creates the capacities needed for the industries and services of tomorrow.

India could do well by promoting jobs in infrastructure construction, urban development, and housing, in technology development and deployment, particularly in the info-tech sector and in accelerated investment in the energy transition that it is already pursuing.

The organised sector cannot deliver jobs on the scale required.

Job creation will require skill development for productivity enhancement in what is today the unorganised sector.

Anything which galvanises entrepreneurship and improves working conditions to attract skilled labour in this sector will contribute towards this end.

Creating jobs is not enough. Our labour markets are far from competitive and labour reforms are required to ensure not just competition but also fair wages and decent work conditions.

A very limited proportion of workers are able to exercise market power through trade unions.

The vast majority of workers in the unorganised sector lack any form of security and are subject to local monopsonies of employers.

Labour market efficiency is questionable, as there is wage differentiation by caste, community, gender, and geography for virtually identical tasks.

Some reforms in employment-protection and wage-determination processes in the organised segment of the economy, particularly the public sector, are necessary.

But the really crying need for labour reform is in ensuring greater security and more just and fair wage determination processes in the unorganised sector.

We need a labour policy that addresses inequities and exploitation as vigorously as it bemoans excessive protection.

India can meet its job creation challenge. But for that it needs a growth strategy centred on modernising its labour market and galvanising the large hidden potential of the unorganised sector. 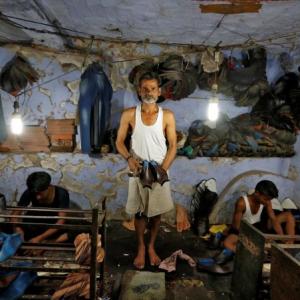 How many jobs were actually created under Mudra?