'Political parties bring out money they have stashed away and start spending it. How large that spending will be depends on how much money has been stashed. So, you are going to have a strong upside coming from the election effect,' says Pronab Sen. 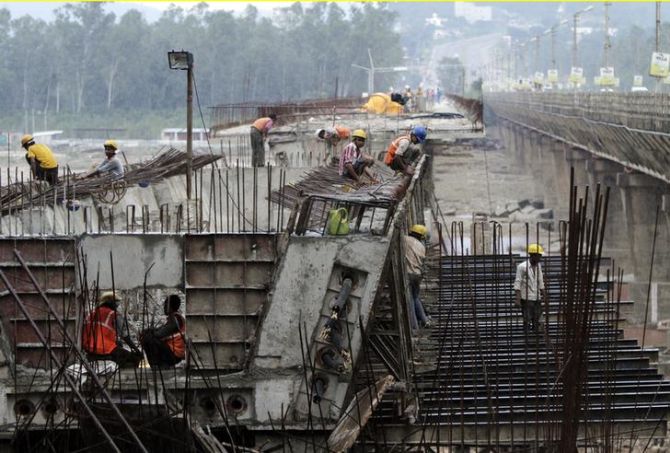 We already knew manufacturing was doing well in the first quarter as shown by the index of industrial production (IIP).

We also knew there was low base effect in manufacturing, which is why you get 13%-plus growth, which was a significant contributor to the 8.2 per cent GDP growth.

The surprise is agriculture.

The other big surprise is construction, which for many years was stagnating and suddenly has recorded a 7% growth.

Public investment in infrastructure and housing have started showing up.

The downside is services have not come up at all.

So, there is something going on that we have to figure out.

Weakness in services has to be seen.

Given the correction in the base effect, I don't think that GDP growth will be over 7.5 per cent in the current quarter.

What may happen is this type of agriculture growth will not repeat, as it was rabi crop now and what will come now is kharif.

Agriculture growth will reduce a bit now. Manufacturing will come down dramatically.

It was hovering around 5.5 per cent and will come down to around 7 per cent from the high of 13 per cent.

The question is whether construction will continue its upward march.

The services sector was till now growing at over 8 per cent. Now, it is 6.5 per cent, which is a dramatic drop.

Here, the Centre does not have a major role.

What you could expect in the last two quarters of FY19 is the effect of election spending.

Political parties bring out money they have stashed away and start spending it.

How large that spending will be depends on how much money has been stashed.

So, you are going to have a strong upside coming from the election effect.

I am not taking a call on growth numbers for the last two quarters.

The latter could be substantial. In the earlier years, it had added 0.3-0.5 percentage points to GDP growth.

I don't think oil prices will impact GDP very much. It will roughly be at the same level as now, around $70 a barrel.

If the trade war continues, one should expect dollar prices of imports to actually come down, except for oil.

To that extent, the impact of rupee depreciation may not be large on our import bill, in rupee terms.

It will be very significant on those who have borrowed abroad with repayment liability in dollars.

Rate hike has not really shaken it off.

The trend of decline here has reversed, but is not yet strong enough.

The fact is that banks are still not in a position to lend strongly.

How long it will take to address the problem is anybody's guess and depends on how the IBC process works.

Pronab Sen is the former chief statistician of India. 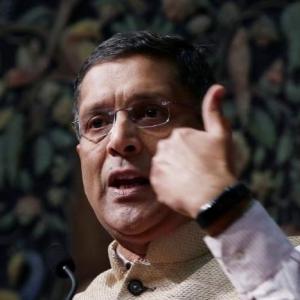 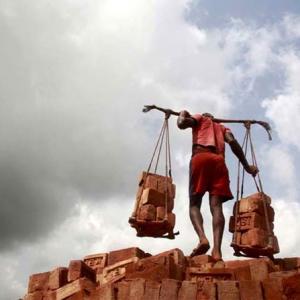