Incrementalism can only work if subsequent Budgets and opportunities in between Budgets are used to reform as well, says Ajay Chibber. 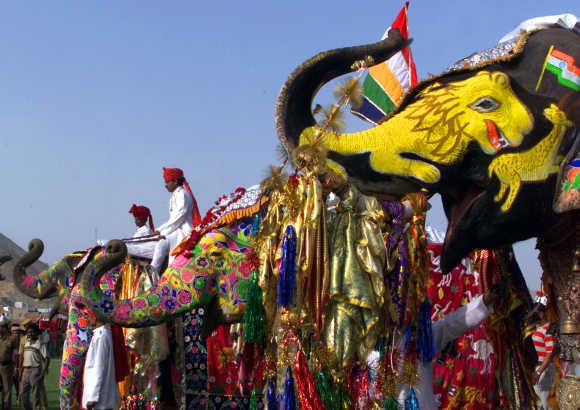 This Budget signals a shift from a hand-out to a hand-up economy.

Many are disappointed that it did not go far enough: the path of fiscal consolidation was delayed; big-bang reforms were postponed; the middle class, women, the environment and agriculture were neglected.

This is all partly true. Perhaps the Delhi election results made the government more cautious. But the Budget does have some features which, if implemented and followed up seriously, could alter India's economic governance fundamentally and change the role of the state in the economy. The new GDP numbers have also delivered a "doosra", making it harder to assess the Budget.

They may be an improvement technically but don't yet meet the smell test, as every other indicator does not show the economy doing so well. And if the economy was doing as well as the new GDP numbers show, then why deviate from the fiscal consolidation path? But leaving that aside for now, the Budget does contain five game-changers.

The first is fiscal devolution. By accepting fully and budgeting for the recommendations of the Fourteenth Finance Commission or FFC, the Budget puts teeth into the idea of cooperative and competitive federalism.

The net transfers to the states do not go up by a lot - some 0.35 per cent of GDP - but the states will have much greater freedom to decide how to spend their resources.

In the past not only was the Centre keeping too much of the divisible pool in its own hands, it was also forcing states to spend their fungible financing on the state share of centrally designed flagship schemes.

A know-it-all Centre, at the apex of which sat the Planning Commission, decided on central schemes for the entire country and required states to implement them with matching funds.

So the same scheme would be designated for health, education, rural electrification or mid-day meals in Kerala, Nagaland, Rajasthan and Jammu and Kashmir, where the development needs or the state implementation capacity were very different.

Very little flexibility was permitted. With the fiscal devolution now in the Budget, each state will have much greater freedom on how to spend its funds, how to design them to match administrative capacity - and the number of centrally sponsored schemes will be reduced.

The onus of delivering and accountability will be on states, not on the Centre. The second is universal social security, or "Jan Kalyan".

If India wants to become a more capitalistic and a less socialist economy, a safety net is vital as it will allow bolder labour reforms in future, and boost consumption. Lack of safety nets makes any reforms in labour markets more risky and also forces people to save more for health and old-age needs.

The third is the proposed bankruptcy law, without which business contracts are not easily enforceable, bad loans remain on the books for too long and risk aversion sets in.

A good bankruptcy law will allow much quicker dispute resolution, and will allow economic contractual issues be taken to special bankruptcy courts and reduce the burden on the court system.

The fourth is the revival of "strategic disinvestment" - the Indian euphemism for privatisation. This was first pushed forward by the first National Democratic Alliance government under Atal Bihari Vajpayee, and has been fortunately revived in this budget.

Several Navratnas are being considered - IOC, NALCO, BHEL, NMDC, and the Dredging Corporation of India (a Miniratna). India has locked up large amounts of capital in these companies with low returns, and it's time to take a more strategic look at how to unlock this capital - so that these companies must become globally competitive or be privatised.

The fifth game changer is the Investment and Infrastructure Fund.

The Rs 70,000 crore increase in infrastructure spending is good, but it's a drop in the bucket compared to what India needs. India does not have the fiscal space that China and some other East Asian countries followed for their infrastructure investment.

A new PPP model is the only way out to try and bring in private capital.

The new Infrastructure and Investment Fund can be used to leverage a new PPP approach.

The Congress government set up an Investment Fund in the 1990s to hold the proceeds from disinvestment. But this fund was gradually diluted and for all practical purposes absorbed into the normal budget.

But the new fund can be used to leverage additional resources, issue attractive tax-free infrastructure bonds only if it is run as a separate commercial entity, like a sovereign wealth fund, and not as a revenue arm of the Budget.

Some Budget decisions should be reconsidered. The decision to treat foreign portfolio investment the same as foreign direct investment is one such bad idea which could come back to haunt India in the future.

One Budget is not enough to change course fully.

Incrementalism can only work if subsequent Budgets and opportunities in between Budgets are used to reform as well.

The FM must also signal that the subsequent budgets will tackle the missed reforms - the delivery of food and fertiliser subsidies, widening the tax base and introduction of the GST, power sector reforms and more aggressive reforms of PSUs and state-controlled banks. A directional roadmap is needed.

Such a golden opportunity to change the role of the state will not come easily again and must be grasped.

The state must not be a producer but an enabler. As the old saying goes: "Jahan raja vyapari, wahan praja bhikhari" ("where the king is in business, there the people are beggars"). 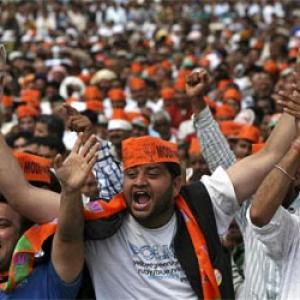