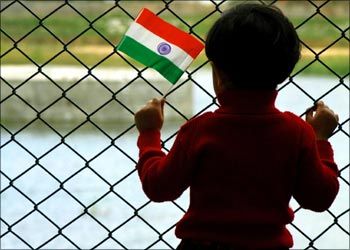 The Planning Commission has not been central to the policymaking process since the mid-1960s, says Nitin Desai.

In his Independence Day speech, Prime Minister Narendra Modi announced the end of the Planning Commission.

There will be few mourners at its funeral, mainly old war horses like me. So this is in the nature of an obituary for an institution in which I served for a decade and a half, and where I learnt to understand the complexities of India's political economy.

When the Commission was launched in 1950, it was basically Jawaharlal Nehru's instrument for providing a coherent vision for the development actions of the central and state governments.

Along with his letters to the chief ministers, it was also an instrument for high-level policy education. In those days, it attracted some of the best economic brains from India and around the world to its portals, and for several decades every Indian economist of note was associated with the Commission in one capacity or another.

Twice in its long history, the Commission put its stamp on development policy - first in the 1950s and then in the mid-1960s.

In the fifties, P C Mahalanobis and Pitambar Pant were the ones who articulated development strategy - the former with his machines-to-make-machines strategy of priority for heavy industry, and the latter with the preparation of long-term perspectives for development that provided a quantitative framework for macro-policy and sectoral target-setting.

Many economists have criticised this as a mistaken import substitution policy. But this planning approach was formulated at a time when Europe and Japan were still in the throes of recovery from the war, and the prospects for export-led growth did not look promising even to the Indian economists who put forward a wage goods-oriented development strategy.

The achievements of this phase of planning in terms of capacity building are substantial. Apart from the steel plants and heavy machinery factories, these years saw the establishment of the Indian Institutes of Technology and the Indian Institutes of Management, the commissions for atomic energy and space, the Council of Scientific & Industrial Research labs and much more that is the basis for the scientific and technical capacities that underlie today's success stories.

Nor was this capacity building confined to the urban industrial sector. The system of agricultural research and extension, the expansion of the rural credit network, and community development were also all started in this phase.

The second time the Planning Commission made a real difference was in the mid-1960s, when, with the emergence of non-Congress governments in some states, the discretionary system of state Plan financing faced political problems.

This is when the Planning Commission, a little distant from the pressures of competitive politics, could and did come up with a solution in the shape of the Gadgil formula of central Plan assistance to the states.

There was a third time when the Commission looked like playing a seminal role in shaping development policy: that was in the early 1970s, when Indira Gandhi went in for a leftist policy of bank nationalisation, monopoly control, state trading in foodgrain, etc.

The instigators of this policy were more her kitchen cabinet - though, from Yojana Bhavan, D P Dhar and Sukhamoy Chakravarty did play an important role. But this phase of policy did not last very long, and by 1975, the rollback from leftist policies started and gathered pace after Indira Gandhi returned to power in 1980.

The missed opportunity was in the 1960s, when the boom in world trade greatly improved the advantages of export-led growth. Unfortunately, two wars, two severe droughts, the loss of two prime ministers and the conflicts within the Congress led to a loss of policy coherence as the government coped with the basics of survival.

Since then the Commission has played a relatively low-key role, working within the interstices of the dense structure of the sectoral ministries to influence policy. I was personally associated with the division that appraised public investment projects, mainly to assist the finance ministry in its responsibilities for project approval and indirectly to orient public investment projects towards efficiency, equity and environmental protection.

There were other attempts like the brave effort at reorienting agricultural planning around agro-climatic zones that my friend, Yoginder Alagh, pushed.

A more recent instance is the role of the Planning Commission in promoting public-private partnerships in infrastructure and galvanising infrastructure development, where its role was openly criticised by at least one senior minister.

The fact is that the policy revolution of 1991 rendered obsolete much of the methodology of planning that had evolved over decades and gotten congealed in the minds and working practices of Yojana Bhavan.

Quantitative targeting of domestic production became irrelevant with delicensing of production and trade; approval and monitoring of public investment became problematic with the growing integration of the public sector into the market economy.

Moreover, with the growth of competitive populism, public spending shifted away from investments in the productive economy to social welfare doles.

The role of the Planning Commission in federal finance also declined. The allocative power shifted to the loose confederation of sectoral ministries with the proliferation of centrally sponsored schemes, which are in essence conditional transfers of resources to the states.

The status and the role of the Planning Commission has been the subject of debate for several decades now. Attempts to reorient it have usually characterised the start of every new regime at least from the early 1970s.

Yet after Nehru, no prime minister has reposed faith in the capacity of the Planning Commission to guide development. Even in the United Progressive Alliance, it was the personal relationship between Montek Singh Ahluwalia and Manmohan Singh that mattered rather than an institutional linkage between Yojana Bhavan and the Prime Minister's Office.

In Mr Modi, we have a prime minister who is capable of imposing his vision of development on the sectoral ministries and the states.

The new institution to replace the Planning Commission will be shaped by him and will carry the clout that Nehru's Planning Commission had. If this clout is combined with a clear public vision of development, then we will be back to the halcyon days of the 1950s when the government did something innovative month after month. 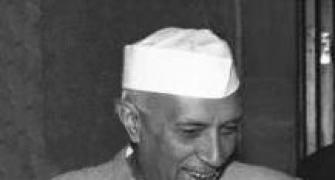 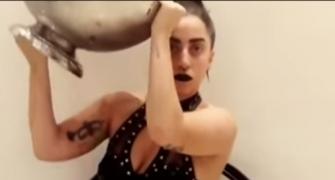 ALS ice bucket challenge: Bill Gates, Lady Gaga have done it; will you? 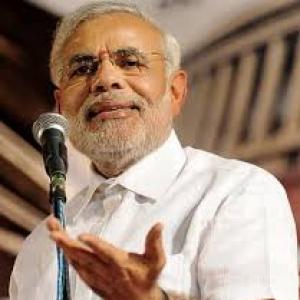