News
Business
Movies
Sports
Cricket
Get Ahead
Money Tips
Shopping
Sign in  |  Create a Rediffmail account
Rediff.com  » Business » Why saving the Taj is the most difficult battle for India

Why saving the Taj is the most difficult battle for India

Poor people in Agra have paid a big price to keep the environment of the Taj clean (or cleaner). Industries have been closed down, relocated and many lives disrupted and made poorer, says Sunita Narain. 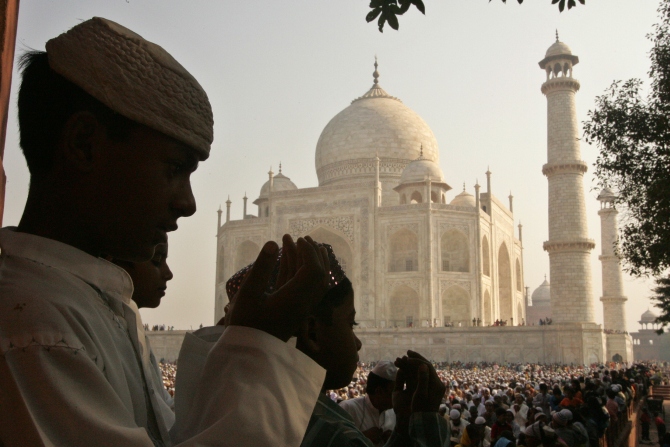 Image: Muslims offering prayers at the Shahi Masjid outside the Taj Mahal in Agra. Photograph: Reuter

The fight to save the Taj Mahal from pollution is the country's longest and perhaps most difficult battle.

It began in 1983, when 10,400 sq km of area was declared the Taj Trapezium Zone and polluting units were prohibited.

Since then the Supreme Court has directed a series of actions to clean the Taj, including bringing in compressed natural gas (CNG) to replace dirty coal.

Local industries and residents have paid huge costs to close down polluting units or to relocate them.

But now it is feared that this battle may not be over. Recent studies have once again suggested that the scourge of pollution is still adversely affecting the white marble of the Taj.

This time, it is not sulphur dioxide, which was suspected in the 1980s of turning the gleaming façade yellow.

This time, the villain is said to be black and organic carbon particles that are emitted from vehicles and other polluting units.

The administration is gearing up for another purge - this time, it wants to remove all the makers of petha, a unique and local sweet made of, believe it or not, the common vegetable, ash gourd. But will this be enough? Should it even be done?

What do we know of the state of the Taj discolouration? Is it extensive? Is it leading to irreversible damage?

Or is it about surface stains that can be cleaned? In its 1996 landmark judgment, the Supreme Court drew upon the petitioner lawyer M C Mehta's assessment, which it quoted as saying that the white marble had yellowed and blackened in places. "Yellow pallor pervades the entire monument.

In places the yellow hue is magnified by ugly brown and black spots and according to the petitioner the Taj is on its way to degradation due to atmospheric pollution."

This was when the court also had before it a scientific study, which contradicted this claim.

The government-appointed committee under the chairpersonship of S Varadarajan, the then chairperson of the Indian Petrochemicals, had commissioned Italian company Tecneco to study the impact of pollution on the Taj.

A petrographic, chemical and physical analysis of marble samples - from the Taj and also from the original quarries at Makrana in Jaipur - concluded that the cause of deterioration and black spots was not pollution, but microscopic algae.

Since then, there has been even less research on the causes of deterioration of the monument.

The studies only point to the extensive problem of pollution in the vicinity of the Taj and in the airshed of the trapezium. Clearly, this is not enough, and for two reasons.

One, we will not be able to fix the problem unless we know the underlying cause. While this may be enough to say that more must be done to control air pollution for the health of Agra residents, it is not enough to determine the actions needed to conserve the Taj.

It is time we had more clarity - otherwise, in another few decades discolouration will again be the headline and by then it may be too late to save the Taj.

Second, we will not be able to convince people of the actions that need to be taken unless we have information and evidence at hand.

The fact is that poor people in Agra have paid a big price to keep the environment of the Taj clean (or cleaner). Industries have been closed down, relocated and many lives disrupted and made poorer.

This was possible because the directions came from the Supreme Court, which was acting in the public interest.

But it was also possible because people who were impacted by these decisions were poor and powerless.

As India becomes richer, more literate or politically informed, it will be much more difficult to push through such necessary actions, without hard, credible data on the nature of the problem and the steps required to be taken.

The fact is that the Supreme Court directions to clean the Taj have had an impact. There is a drastic reduction in all pollutants between 2005, when natural gas became available, and 2012.

More importantly, pollution around the Taj - monitored by the Archaeological Survey of India and the Central Pollution Control Board - has reduced dramatically.

So the logical question is, why should the Taj still be under threat? Is it because there are new sources of pollution that were not accounted for in the earlier decisions?

Or is it because governments have not implemented the directions of the court yet? Or is it because the airshed is polluted and it is no longer enough to keep the quality of air close to the monument clean?

For instance, in Agra and Mathura vehicular traffic has imploded.

The city has not invested in public transport and even though compressed natural gas (CNG) is available it has not made optimum use of this clean fuel.

The question is to determine the cause so that action is deliberate and effective.

The fact is that if India has to reconcile the conflict between industrialisation and environmental sustainability, its technological and management choices will have to be built on good science. This is the absolute minimum. 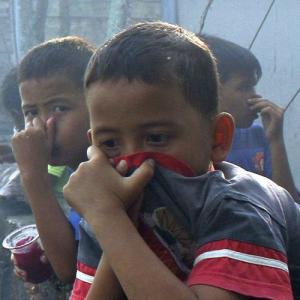