Why Modi sarkar must first push reforms in NDA-ruled states The monsoon session of the Indian Parliament was washed out with no forward movement on any significant piece of legislation.

This is another low point for Parliament, which was commented upon as "an arena of combat" by the President in his address to the nation on 14 August.

It is time to ponder the way forward, even as we wait for less self-serving political parties to emerge.

The so-called Indian National Congress (INC) does not meet the requirements of a national Opposition since it appears to place the interests of a family and party above those of the nation.

The Bharatiya Janata Party (BJP) too seems to have underestimated the widespread public antipathy towards the actions of the external affairs minister, the Rajasthan chief minister and the Vyapam skulduggery in Madhya Pradesh.

So, how to encourage green-field employment generating investments which are not in any way conditional on parliamentary approval?

It is possible that this environment of bitter confrontation between the government and the INC may persist till the next general elections.

Consequently, to continue implementation of a development agenda the central government needs to make common cause with state governments ruled by NDA or other like-minded parties.

The central government and select BJP-ruled or -led state governments could still forge ahead with faster implementation of existing programmes and pass legislation which falls in the Constitution's concurrent list.

Several of our states are comparable in size to the larger European countries.

If progress on labour laws and land availability can be achieved even in a few of our larger states that should have a substantial positive impact on the nation's economy.

An important development has been the move since the NDA government took over in May 2014 to let states take the initiative on reform of labour laws.

The central government readily conveyed its no-objection to the President on this move by Rajasthan.

However, even under the revised law the maximum number of workers that a firm can employ while retaining the flexibility to lay-off employees without state government approval is just 300.

On land acquisition it is not clear which specific on-going or planned large projects are being held up by the existing UPA legislation.

Obviously, major highways and new railway tracks need land in large proportions and this depends on a land acquisition law which does not cause indefinite delays.

However, the central government, state governments, Railways and defence are sitting on large land banks, some of which could be used to provide land for industrial and other private sector projects.

This should have a favourable demonstration impact on the rest of India.

It should be for lenders to determine whether a state government is in a position to service its hard currency debt.

It is anomalous that private firms small and large are allowed to borrow in hard currencies through External Commercial Borrowings (ECBs), Foreign Currency Convertible Bonds (FCCBs) and Foreign Currency Exchangeable Bonds (FCEBs) but state governments are not allowed the same facility without central government approval on a case by case basis.

The central government should dilute this right and states would welcome such a move.

Incidentally, at the end of March 2015, total outstanding central government rupee debt was 49.8 per cent of GDP while that of all the state governments combined stood at 21.2 per cent of GDP.

It is a general sense that one of the factors inhibiting economic activity is the prospect of commercial disputes ending up in lengthy and costly litigation.

It was felt at one stage that the Securitisation and Reconstruction of Financial Assets and Enforcement of Security Interest Act of 2002 (SARFAESI) and Debt Recovery Tribunals (DRTs) would resolve disagreements faster and thus encourage funding of long gestation infrastructure projects.

The SARFAESI Act provides for the enforcement of rights of a secured creditor without the intervention of courts or tribunals within 60 days of notice to the defaulter.

In practice, DRTs hold unending hearings; and, even if a judgement is finally obtained, actual seizing of assets given the reluctant assistance of district administration and police takes interminably long.

This is another example of what the central and NDA ruled state governments could improve by filling all vacancies in lower and high courts.

And courts need to be supported by meeting their legitimate demands for adequate space and administrative resources.

Our district and sessions courts are often rife with conflicts of interest.

Further, to reduce appeals against decisions of lower courts let alone high courts, judgments need to be well-argued, and thus rarely overturned at a higher level. High courts are responsible for selection of district and session court judges.

It should help improve overall levels of professionalism and probity if the high courts in NDA-ruled states were to authorise standardised written examinations for selection of judges at lower levels.

Migrant workers and professionals who move from their homes to other states provide first-hand accounts of living conditions and employment opportunities across India.

The better performing states throw up more employment opportunities including at unskilled levels.

The personal word of mouth accounts of migrant workers about better living-working conditions in their host states tend to be credible back in their home states.

It follows that promotion of better economic performance in NDA-ruled states and thereby competitive federalism should be a central government objective as it would yield rich electoral dividends. 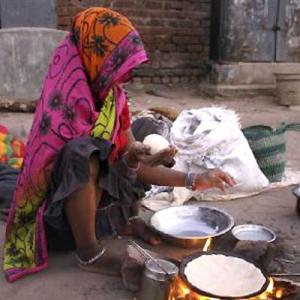