Realistically, coal will be the major fuel for electricity generation in India, as in America, for a long time, notes Shyam Ponappa.

The Supreme Court judgment on the allocation of coal mines raises a number of questions on all resource allocation and usage in India. 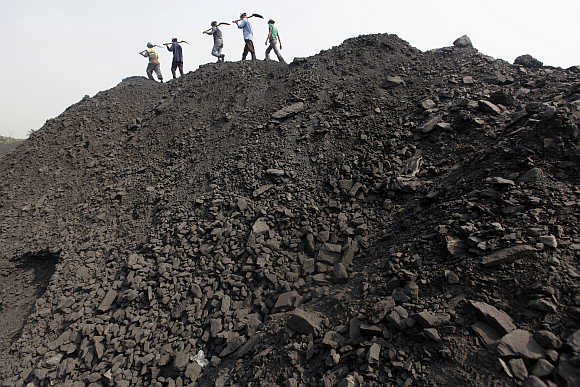 Given the present state of our economy, society, living standards and productivity, and of our institutions, the need is for the government to frame a sound approach plan for resource use in the public interest.

A number of issues need to be resolved.

For instance, is radio frequency spectrum in this set, though it is not a depletable resource, such as coal or gas?

If so, should the government's approach be the same for all of these, or different? If it should be different for any, what are the reasons, and how should it be different?

Is there a different way to approach resources such as forests and timber, with the emphasis on long-term sustainability and desirability?

Solutions such as the reflex to auction everything focus on allocation itself as the "problem" to be "solved". In the case of coal, the problem is defined as the allocation of mining rights.

Instead, shouldn't the objectives be to deliver electricity at reasonable prices for sustainable productivity and living standards?

The implication is that policies and regulations must serve our needs for energy balanced with environmental mitigation, and not merely be an unexceptionable allocation policy for coal.

Coal-fired plants have high mitigation costs if they employ washeries, sorbents and low-emission boilers to improve efficiency and reduce pollutants, scrubbers for gases, treatment for effluents, and land reclamation and redevelopment. These costs are often glossed over in the coal-allocation debate.

Realistically, coal will be the major fuel for electricity generation in India, as in America, for a long time.

These costs need to be built in, and the equipment installed and processes adopted for optimal mitigation. Given the costs, the shortage of energy availability, and our polluted environment, if power producers also have to pay for winning auction bids for the right to mine coal, we simply cannot expect to achieve the divergent goals of low-cost energy for users, as well as high economic growth, together with environmental requirements.

We must find ways to provide access to coal on reasonable terms, or more generally, to resources, including radio frequency spectrum. This is like leaping across a chasm; policymakers cannot take "incremental" steps over it.

For example, Ambuja Cement is supposed to have effective mitigation and reclamation practices. In America, reclamation has various results: for example, a fish hatchery can be set up to use cold-water bodies in deep mining operations; or a wood-product undertaking can combine with major replanting to develop new and sustainable economic opportunities in the region.

Other possibilities that could be explored here include measures such as washeries to reduce ash, and low-emission boilers to increase efficiency and reduce pollution.1 How can the government begin to act on this approach?

By incorporating the following elements in a collaborative problem-solving initiative:

•The "honest, experienced administrator": if you don't know good, dedicated professionals among administrators and technocrats, consider these examples, where the details are omitted because of space and time constraints.

For both the Calcutta (Kolkata) Metro and the Bangalore Metro, compensation for land acquisition was entrusted to one individual in each case, appointed by the political and administrative leadership. One was from the Indian Railways, the other from the Indian Administrative Service.

There were no significant problems with either set of awards, and the projects were completed expeditiously.

•An element of revenue sharing as in oil and gas production-sharing models, so that there are incentives for appropriate investment.

•One or more representatives of good-faith operators, depending on the level of contention in the sector, the principle being that there should be more if there is negative contention. •One or more domain experts on efficiency, mitigation and reclamation from industry.

•A problem-solver with legal expertise, who can identify and resolve outmoded regulations, and avoid problematic clauses to the extent possible.

•A financial expert who understands cash flows. The charter: to frame policies that will facilitate sustainable least-cost electricity delivery together with desirable mitigation and reclamation.

Integrity must drive the process and decisions.

These problems are not unique to India; concerns about underselling mining rights have been expressed in America as well, although the emphasis is more from perspectives of mitigation and reducing environmental damage, or improving the environment.

For example, some reports assert that coal-leasing policies in Montana's Powder River Basin, which accounts for about 40 per cent of America's coal production, have been too generous because bidding is not sufficiently competitive.

Others counter that the reason for limited competition is that only four large mining companies operate in the region, each in its preferred location.

The economic compulsions of capital-intensive operations with the attendant heavy machinery and logistics needs induce mining companies to remain in an area where they have established operations.

Another criticism in America is of low-cost coal being exported to markets where higher prices prevail. In other words, taxpayers are subsidising companies.

Additionally, there is the criticism of insufficient mitigation, and that environmental damage from emissions is considerably more than operators allow for.

Advocates for auctions assume that the administration will remedy these using auction funds. In reality, funds are fungible and not often directed to specific purposes, unless there are explicit restrictions.

More importantly, there's the contradiction in that users want lower-priced electricity despite higher operator costs, whereas the outcome is likely to be the opposite.

In principle, the judiciary needs to reconsider its approach to culpability in good-faith contracts, and retrospective penalties, because we can't afford this uncertainty about everything.

The law can concentrate on transgressors, but the government, too, can change its approach, genuinely pursuing objectives in the public interest with openness and integrity. 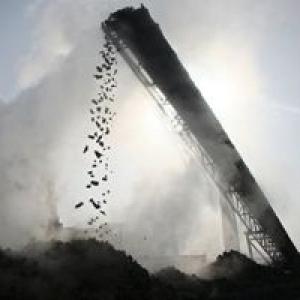