News
Business
Movies
Sports
Cricket
Get Ahead
Money Tips
Shopping
Sign in  |  Create a Rediffmail account
Rediff.com  » Business » Why governments fail in delivering what they promise

Why governments fail in delivering what they promise

Poor predictability, credibility and effectiveness of fiscal performance have been key reasons for successive governments failing to deliver on their promises, in large part because the finance ministry business process remains unreformed to this day, says Rathin Roy. 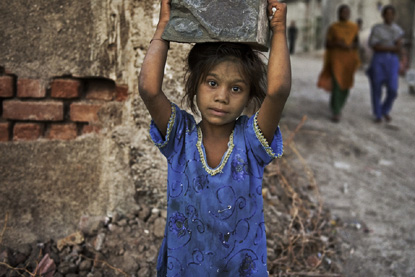 Image: Be it poverty, child labour or unemployment, the government must take adequate steps to eradicate such problems from the society at large.. Photograph: Reuters

Last year, I wrote in the Business Standard urging government to use the timely abolition of the Planning Commission to execute urgent reforms in our fiscal budgeting process by introducing medium-term fiscal budgeting.

Nine months later, the 2016 Budget circular issued by the finance ministry asserts that Plan ceilings shall be communicated by the Budget Division of that ministry in the absence of a Planning Commission.

The ministry's Plan finance divisions will deal with the central and state Plan allocations.

First, in consultation with the finance ministry it fixed annual gross budgetary support (GBS) for central and state Plans.

The GBS ceilings were decided after consultation with the states and signed off by the prime minister, a recognition that these consultations were not just technocratic, but a central political feature of our federal system.

The Planning Commission had to satisfy the PM and manage the expectations of the states as to the allocation of GBS, benchmarked by the Five-Year Plan estimates and calibrated in light of the emergent fiscal situation each financial year.

While these allocations were proposed by line ministries based on their own assessments of fiscal need, the planning commission was allegedly able to take a cross-sectoral view.

Thus, for example, if Punjab had fewer poor people and got less on the anti-poverty front, it could expect to get a relatively higher share of agriculture sector CSS than, say, Goa.

Again, the PM, as chairman of the Planning Commission, would sign off on this exercise.

I have joined with others in critiquing the above process as flawed, in its creation of an absurdly irrelevant distinction between Plan and non-Plan expenditure, disempowering line ministries, and allowing the Centre room to meddle in fiscal matters best left to states by overdesigning and micromanaging the criteria for allocating resources to CSS.

The abolition of this process was an opportunity to create a medium-term fiscal framework which would provide a strategic and accountable platform with which to undertake integrated budgeting. But this has not come to pass.

The accounting exercise continues to be the focus of attention at the expense of strategic imperatives.

The latest circular signals that this will continue through to the presentation of the third Union Budget of this government.

The finance ministry will continue to operate the antiquarian and irrelevant Plan/non-Plan distinction.

The old process of negotiation with states mediated by the PM will be replaced by finance ministry bureaucratic fiat.

As I wrote last November, a medium-term fiscal framework would allow each entity to do its job accountably. This will not happen in Budget 2016.

The finance ministry will continue to set annual revenue "targets" instead of assessing the medium-term potential for revenue mobilisation based on the expected GDP growth rate, tax rates and buoyancies. Pressure to meet revenue targets will increase the incentive to be adversarial.

The medium term statements presented in the Budget will continue to be add-ons with zero operational or policy relevance.

Rather than working out the balance between investment expenditure, transfers and consumption over the medium term so as to generate a realistic fiscal consolidation path, the finance ministry will be deciding annual spending ceilings based on an outmoded Plan/non-Plan distinction and will therefore be accountable neither for fiscal consolidation nor for value for money.

But that is not all. There can be no worse kiss of death to cooperative federalism than the bureaucratisation of Centre-state fiscal relationships as represented by this circular.

A senior finance ministry official has been quoted as saying that life would become much easier for the finance ministry because the "to and fro on the GBS was finalised after mediation from the prime minister.

This is likely to be avoided this year as the amount can be decided by the PM based on discussions with the finance ministry alone".

Most finance bureaucrats will naturally be content to stay within their comfort zone of Plan budgets, GBS and so on, especially as it increases their turf.

The push for change must come from the political level which will bear the cost of this bureaucratisation.

Thus, this circular negates the PM's federal mediatory role in the fiscal process; in this context, bizarrely, the architect of cooperative federalism becomes the PM of the Government of India, not of the governments of India.

This also disempowers the line ministries, whose control over allocations to CSS will be second guessed, even vetoed, by finance ministry bureaucrats.

Poor predictability, credibility and effectiveness of fiscal performance have been key reasons for successive governments failing to deliver on their promises, in large part because the finance ministry business process remains unreformed to this day.

I therefore again plead that the government pay attention to this vital, if unglamorous, task rather than perpetuating bad practices like simulating the fiscal activities of an irrelevant planning commission.

We will need to wait till 2017 for this to happen now but a decision needs to be taken fast to go ahead with reforms before history repeats itself yet again.