News
Business
Movies
Sports
Cricket
Get Ahead
Money Tips
Shopping
Sign in  |  Create a Rediffmail account
Rediff.com  » Business » What is capital convertibility & how India should move towards it

What is capital convertibility & how India should move towards it 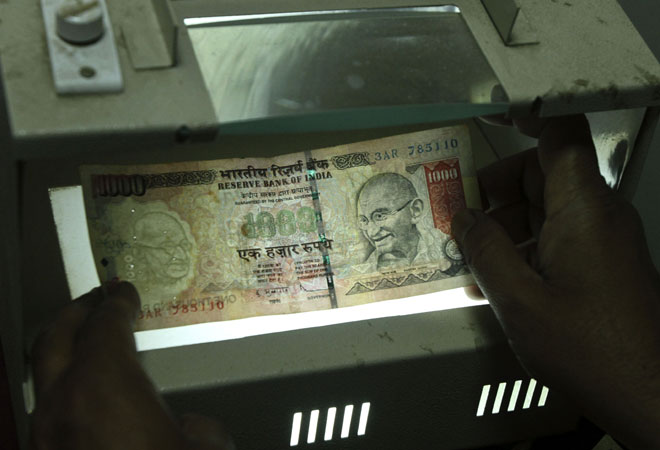 Image: India should move towards capital convertibility, though it must be mindful of the macroeconomic, institutional and regulatory context in which it works to the economy's advantage.  Photograph: Reuters

The issue of a completely open capital account, or full capital convertibility, saw a significant change in perspectives and positions after the financial crisis of 2008.

Up until the crisis, the predominant global view on this issue, perhaps best reflected in the institutional stance of the International Monetary Fund (IMF), was that more convertibility and a floating exchange rate were unambiguously good.

All economies should move towards this objective, though they must be mindful of the macroeconomic, institutional and regulatory context in which it work to the economy's advantage.

However, after the crisis, the perspective changed.

It shifted from focusing on the efficiency gains to highlighting the risks.

The IMF played a significant role in this transition, raising questions about the merits of unconditional and absolute convertibility.

Massive volatility in capital flows and, consequently, in exchange rates could have significant and persistent impacts on the domestic economy in both the financial and the real sectors.

A more pragmatic view on the convertibility issue would suggest that in such situations, governments and central banks must consider the use of some form of controls and market interventions to gain control over a potentially spiralling situation.

In other words, while the efficiency gains from convertibility may swing the argument under normal circumstances, the risks come to the forefront, particularly in countries in which an underdeveloped ecosystem does not provide adequate buffers to protect stakeholders against extreme volatility.

If one is to characterise the current state of the debate, it would be in terms of this pragmatism.

Don't lock yourself into positions that might cost you heavily in turbulent times.

Always retain the capacity and instruments to protect domestic stakeholders from extreme volatility.

And make sure that both domestic and foreign stakeholders know this and believe it. India has moved steadily down the path towards full convertibility.

In the pre-crisis paradigm, it was often criticised for being too slow and cautious. However, with the paradigm itself changing, there really isn't a clear benchmark to assess where India's, or for that matter, any country's capital account management framework stands currently.

Both theory and practice in this domain are in a state of evolution, as reflected in the essays in a recent book* co-edited by Bruno Carrasco, Hiranya Mukhopadhyay and myself.

Theoretical developments are taking the debate in the direction of identifying capital account management instruments and time frames for their use that will most effectively deal with different sources of capital account and exchange rate turbulence.

Practical perspectives, coming from central bankers who were directly involved in managing external turbulence, provide insights from the experiences of different countries about how specific instruments were used in different situations and how effective they were.

One might have thought that the pragmatic middle ground was now the dominant position in the debate and that research efforts were focused on refining the understanding on what kind of controls might work when and why and, very importantly, what will not work and why.

Going by this yardstick, the Indian regime appears to be an eminently sensible one.

There is a broad acceptance of the benefits of free capital movements.

There is also an understanding of the different level of risks that different kinds of capital flows pose.

Exchange rate flexibility is also part of the framework, but within certain boundaries.

And the willingness to step in with a variety of interventions, both market-based and administrative, in order to deal with extreme volatility has been demonstrated.

Against this backdrop, the recent statements emanating from both the finance ministry and the Reserve Bank of India (RBI) about the aspiration to move towards full convertibility are significant.

Equally significant are the apparently contradictory messages from the central bank, highlighting the risks intrinsic to a more open capital account.

Based on the background provided above, I think that the debate has shifted from "more open versus less open", which was essentially a pre-crisis formulation, to "matching vulnerabilities with toolkits", which is the tagline for the post-crisis pragmatism.

From this perspective, I would argue that a constructive debate on the appropriate capital account management framework for India needs to address three major issues, each of which involves trade-offs.

First, should all inflows be made completely free?

Currently, there are restrictions, mostly in the form of limits on amounts invested by foreign investors in government and corporate bonds.

These limits have been steadily raised, but caps remain.

That outflows of debt investments can be destabilising was demonstrated in the 2013 episode.

But if domestic market conditions for these securities are appropriately structured, foreign investments can contribute to increasing depth and efficiency.

The policy objective here should be to create domestic market conditions that will minimise the potentially destabilising effects of foreign investment.

We need to figure out if such conditions exist and can realistically be created; if not, some prudence, in the form of caps, may continue to be justified.

Second, intervention by the RBI in the currency market achieves multiple objectives, but they are not necessarily aligned. Is it being done for the purposes of reserve accumulation, which then provides a bigger buffer against external shocks?

An unobjectionable motive, but in the process, the RBI shoulders the responsibility of containing exchange rate risks, thus absolving other, particularly private, stakeholders from mitigating them.

The critical question is: how is exchange rate risk most efficiently managed?

Do market-traded hedging products offer the best prospect, in which case the policy focus needs to be on rapidly developing these options and ensuring that they are being used for purposes of risk mitigation.

Or, all things considered, is there a public good aspect to exchange rate risk, which justifies a major role for the central bank in the process?

Third, in episodes of high turbulence, what is the right sequence of intervention and where should the process stop?

On the one hand, there are enormous reputation risks for the policy establishment if an attempted defence of the currency should fail.

On the other, there are equal risks associated with not trying at all. Further, there are longer-term consequences of steps taken during the management of a crisis.

Obligations taken will have to be met some time and risks may be pushed from one part of the system to another, manifesting much later.

The short point is that a debate on convertibility in the current context needs to be exploring answers to questions such as these. 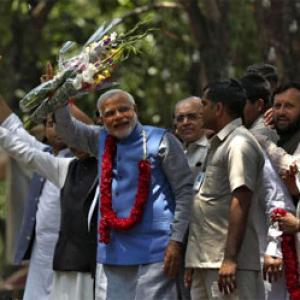