News
Business
Movies
Sports
Cricket
Get Ahead
Money Tips
Shopping
Sign in  |  Create a Rediffmail account
Rediff.com  » Business » What do the markets expect from 2015?

What do the markets expect from 2015?

In 2015-16, reforms will take hold, growth in GDP, will accelerate, and government processes and statutory clearances will speed up 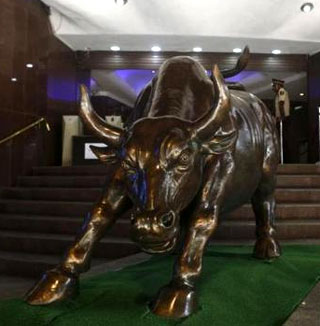 It is a truism that stock markets are driven by future expectations and expectations from 2015 must be high indeed, going by the excellent returns of 2014. The Nifty has gained 30 per cent since January, and it has risen 20 per cent since May, when Narendra Modi took charge of the government at the Centre.

Given underwhelming corporate performance and slow macroeconomic recovery, the bull run is truly remarkable. It has been driven entirely by foreign institutional investors (FIIs) who have kept faith with the new government. Since January, the FIIs have bought close to $16 billion (about Rs 97,000 crore) of Indian equity. Domestic institutions sold over Rs 30,000 crore (Rs 300 billion).

Optimists hope that in 2015-16, reforms will take hold, growth in gross domestic product, or GDP, will accelerate, and government processes and statutory clearances will speed up. So far, despite its Lok Sabha majority, the government has not been able to push major legislation through and it has been forced to rely on ordinances instead.

The National Democratic Alliance must find ways around the lack of Rajya Sabha numbers if it is to meet reform expectations. It will also have to allay the doubts of state governments to push labour reforms, and to keep the plan for a goods and services tax, or GST, on track. Ordinances cannot be more than stopgap measures. Investors will not make major commitments, especially in long-gestation areas like insurance, until there is ratification by Parliament and absolute clarity to the new laws.

GDP growth, according to some analysts, is projected to rise to 6.4 per cent in 2015-16. This will have to be driven by consumption demand, by the revival of private investments and higher foreign direct investment, or FDI, inflows. One issue is that the government cannot safely contribute large investments since it will struggle to contain a high fiscal deficit.

The global economy is suffering from lack of demand, which makes export-driven growth unlikely. Of course, the silver lining is that the prices of crude oil and industrial metals will stay weak. But the current account deficit has climbed to 2.1 per cent of GDP because exports have slowed and gold imports have risen.

An estimated 15 per cent of GDP (Rs 18 lakh crore) is stuck in stalled infrastructure projects. The government must find credible ways to rescue projects that can be rebooted, while enabling lenders to salvage what they can and exit unviable projects. The mid-year review of the economy pegs 2014-15 GDP growth at a moderate 5.5 per cent and makes it apparent that it will be a struggle to contain the fiscal deficit at the targeted 4.1 per cent of GDP.

Expenditure ran high through the first seven months of 2014-15. Tax collections have thus far fallen short of projections by over Rs 1.05 lakh crore. The disinvestment programme is also way behind expectations. The 2015-16 Budget must be based on more realistic assumptions and targets.

Corporate sales grew at only 5.9 per cent year-on-year for a set of 2,432 companies during the quarter of July-September 2014. This was the lowest sales growth rate in six quarters, suggesting consumption has collapsed. Vehicle sales, a good indicator of demand, have sputtered. There was moderate growth in vehicle sales between April and August, declines in the September-October period and a pick-up in November.

From the stock market’s perspective, the 2015-16 Budget must, therefore, stimulate consumption demand, while maintaining tax buoyancy and avoiding profligate expenditures. Missed the bull run? Here's what you can do 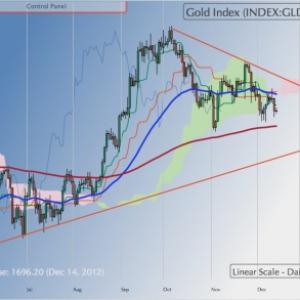