News
Business
Movies
Sports
Cricket
Get Ahead
Money Tips
Shopping
Sign in  |  Create a Rediffmail account
Rediff.com  » Business » Too much exposure to NRI investments is risky for India

Too much exposure to NRI investments is risky for India 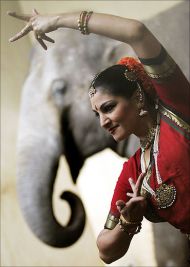 Nobody should underplay the risks associated with excessive exposure to one source of financing - be it commercial borrowing or NRI deposits, says AK Bhattacharya.

How critical have non-resident Indians or NRIs become to the Indian economy? An answer to this question is in the latest external debt report released by the Union finance ministry.

At the end of March 2014, NRI deposits (there are now three types of deposits and all of them have a lock-in period of over a year and hence are not classified as short-term debt) in the country were estimated at $104 billion.

Just three years ago, at the end of March 2011, NRI deposits were only $52 billion, half of what they are today.

The finance ministry's report attributes this rise to the mobilisation of fresh foreign currency non-resident (bank) or FCNR (B) deposits by commercial banks under the special swap scheme offered by the Reserve Bank of India during September-November 2013 - a move that helped shore up the rupee and build India's foreign exchange reserves.

Between 2011 and 2013, NRI deposits' share in total external debt hovered around 16-17 per cent, showing once again how the spurt took place in one year.

The rising importance of NRI deposits gets reinforced even more emphatically when you look at these numbers from a different perspective.

For instance, in 2011-12, the share of NRI deposits in the country's total net capital flows was 17.6 per cent and came down marginally to 16.6 per cent the following year.

But in 2013-14, it went up dramatically to 79.7 per cent. The debt flows are used largely to meet the current account deficit and their use increases during a period of crisis when other sources of financing like the foreign institutional investments tend to dry up a bit.

But it is important to note that India's reliance on NRI deposits has been on the rise, particularly in crisis years, even as the share of external assistance in total capital flows has come down to a trickle at around one to three per cent in the last three years.

There are, of course, many good reasons for NRIs to park their money in India in the three schemes that are now in operation.

Clearly, they earn a little more from these deposits than they can hope to get in developed economies, where such schemes will earn them much less.

Such deposits are also a reflection of their confidence in the Indian economy, its growth potential and financial system, where their money is not only safe but can also get good returns. 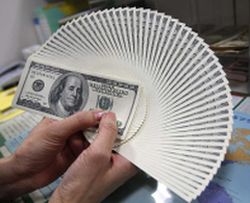 Finally, NRIs do have a social and emotional connect with the country they belong to and investing in these deposits gives them that extra satisfaction.

But the flip side of such increased engagement with NRIs is that their emotional connect with their motherland alone will not ensure that they remain invested in these schemes in India.

The social bond that NRIs have with this country can be an effective argument only as long as investing in India continues to make economic sense for them. So, an increased reliance on NRI deposits to help meet the country's capital flow requirements is not without risks and should not be played down just because the money is coming from NRIs.

Remember that in 1991, when India faced its worst balance of payments crisis, NRIs did not let the emotional connect with their motherland come in the way of their hard-nosed decision to pull out their deposits when the Indian economy came close to defaulting on its international payment obligations.

Indeed, NRI deposits flowed out of the country in 1990-91 and settled at $10.2 billion, estimated at around 12 per cent of India's total external debt then. Several tough policy steps were taken by the government then to get the economy back on the rails.

With some additional help from the International Monetary Fund and the World Bank, the Indian economy was saved from an imminent collapse.

It is only after the government of the day took those initial confidence-building measures that NRIs returned to India with their deposits. In 1991-92, NRI deposits fell, only marginally and that was mainly because the measures taken by the government then had prevented a steeper fall.

The point to be noted here is that NRIs are also rational investors.

Nobody should underplay the risks associated with any excessive exposure to one source of financing - whether it is commercial borrowing or NRI deposits. It is important to remember this even as the Narendra Modi government prepares to hold the next Pravasi Bharatiya Divas, which, as reports suggest, will be celebrated with unprecedented fanfare. Two things that can derail the Indian economy