Threats that India faces in a post-globalised world

India should plan its strategies on the assumption that the rightward swing will stay and the West will retreat into an economic fortress, says Nitin Desai. 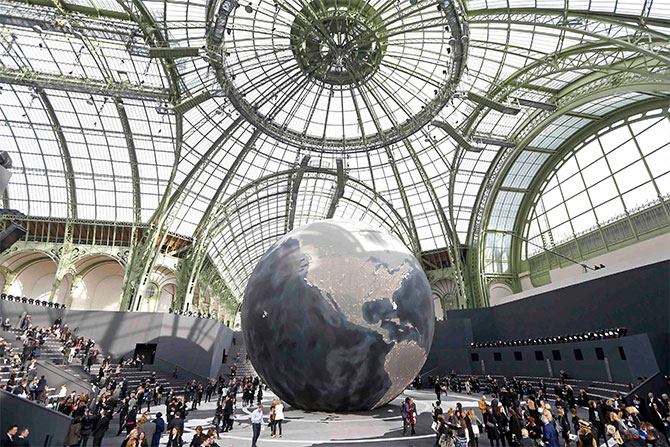 One month of the Donald Trump presidency has confirmed the fears that were expressed after his surprise victory. His acts are as extreme as his views and have been restrained only by the checks and balances in the US political system.

In Europe too, the far-right may well be legitimised in the forthcoming elections in the Netherlands and France. Exceptions, like Canada under Justin Trudeau, will be few.

The rise of the far-right is not just a passing blip but a necessary consequence of the way globalisation progressed over the past three decades.

Prudence requires that we in India plan our grand strategies on the assumption that the rightward swing will continue and the West will retreat into an economic and security fortress.

Protecting domestic jobs is at the very heart of the political appeal of the far-right (and also of the far-left!) in the West. At the same time, technological changes like automation and 3-D printing are encouraging localisation.

Hence, we may not benefit, as China did, from the trade growth and FDI associated with outsourcing and the emergence of global value chains.

Western stock markets will reinforce this inward orientation as lately non-globalised corporations have done better than the globalised ones.

Seven decades of trade and investment liberalisation may go into reverse gear. What survives may be a demand for trade liberalisation in services like banking, insurance and business services.

We should insist on including information technology and engineering services, where the right to travel to provide these services is currently under threat.

Virtually, every instance of sustained high growth has rested on rapid export growth. We may have to accept a seven per cent growth goal and rely more on domestic demand growth rather than exports. But this will require systematic income redistribution.

If the rich get richer, demand growth for discretionary consumption items will slow down as these households will be in the saturation range. Their consumption preferences may shift towards foreign goods like vacations abroad.

On the other hand, a shift in income distribution to the middle-and lower-income groups will increase the number of households in the rapid growth part of the logistic curve and boost domestic demand for better housing, health care, higher education and consumer durables.

The post-war growth of the West was based on such redistribution, a consumerist orientation as yesterday’s luxuries became today’s desirables and tomorrow’s necessities.

Hopefully, this capitalist case for income redistribution will carry some weight in a business friendly policy system!

Relying more on domestic demand growth reinforces the importance of vigorous competition and domestic investment. Given our huge infrastructure deficits, investment in physical capital will continue to command policy attention.

But public policy and corporate strategy must recognise that the shift in economic returns from physical capital to intellectual capital will continue.

This requires building up full spectrum research capabilities all the way from fundamental research of the sort that gets Nobel prizes to innovating engineering, creating space for creativity in the venture financing and transforming high education from rote learning to a deeper understanding of concepts and methods.

This, more than anything else, is vital for our future as an independent nation.

In environmental diplomacy, the challenge posed by a fortress West will be more in the rhetoric than in substance. They only paid lip service to principles like “common but differentiated responsibility” and the “polluter pays principle”.

All that will happen now is a more brazen trumpeting (pun intended) that India and China must do more. The challenge is more one of public relations than of substance.

But that is no reason for not doing what is necessary for managing the environmental down side of more rapid domestic consumption growth.

The challenge for security policy is as yet uncertain. Pax Americana is over and we are moving to a G-zero world with no one committed to sustaining the global order.

A USA less dependent on West Asian oil may withdraw its security presence in the Gulf and expect India rather than China to bear more of the burden of keeping oil supply routes open.

An isolationist USA and an inward looking Europe may abandon Central Asia to China and Russia.

China is moving to establish a presence in global finance, aid and investments in developing countries approaching the scale of Western efforts.

If China opens its economy, and that is big if its role as the mover and shaker of global economy will increase.

Are we ready for this power play?

But the difficult question is how to deal with a unilateralist isolationist USA. One answer is to follow a transactional approach focussing on shared economic and security interests.

But in any bilateral deal, we will face stronger pressures on intellectual property rights, market access for services, investor protection than in Trans-Pacific Partnership.

Mr Trump may be a dealmaker; but he also has a history of broken deals and bankruptcies.

Transactional relationships tend to have a short-term horizon, with a focus on immediate gains and costs.

Longer-term relationships require a strategic vision on both sides. The strategic vision which guided George W Bush and Barack Obama may not continue under the present dispensation in Washington.

Hence, we must rely more on the bipartisan Congressional support for stronger relations and the interests of US corporations in India.

Transactional relationships require rationality, based on facts and a willingness to compromise. But in a post-truth world, prejudice and myth, beliefs held without reference to evidence, determine action.

The greatest threat we face is not the retreat from globalisation. It is the attack on liberalism and the rejection of science and modernity that far-right electoral victories represent.