The rising vulnerability of emerging markets 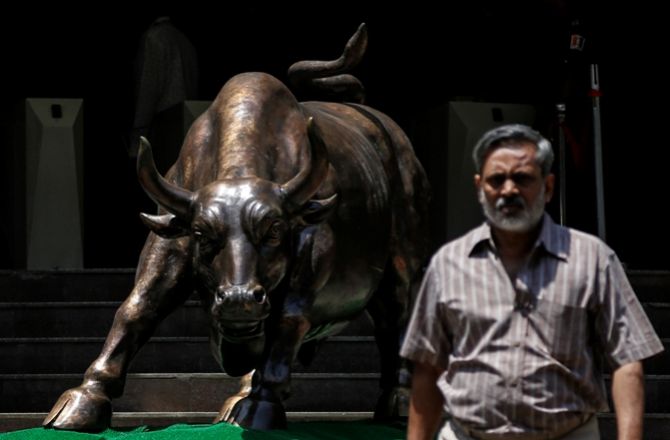 Emerging markets could be affected by a combination of lower liquidity and higher dollar interest rates caused by a hike in the US Fed funds rate, says Abheek Barua.

Europe's ability to shock the financial markets is slowly becoming the stuff of legend.

On July 9, we had a whiff of a banking crisis in Portugal as financial heavyweight Banco Espirito Santo's (BES) shares plunged on the news that its parent Espirito Santo International (ESI) delayed the coupon payments on some of its short-term debt.

The nexus between the banking system and sovereign debt made a reappearance as Portuguese sovereign bond yields climbed sharply (three-tenths of a percentage point in the first three days after the crisis).

Some of these fears were perhaps exaggerated. BES, according to the central bank of Portugal, is solvent and even if it were made to pay for ESI's sins, the dent on its balance sheet would be minuscule.

Besides, Portugal's government has successfully exited its bailout "regimen" and could easily recapitalise BES by raising funds from the market. However, the turmoil in the markets that followed the BES news just helped underscore the fragile sentiment towards Europe.

While the last couple of days have been somewhat quiet, the risk of a contagion to other Portuguese banks whose shares have taken a hit remains. That might be much more difficult for the Portuguese authorities to handle and it might have to resort to European Union or European Central Bank funding yet again and subject itself to the punishing demands of a bailout programme again.

The news from across the pond, however, is rather heartening. For one, there seems to be a complete disconnect between headline gross domestic product (GDP) growth and labour market performance.

Bad weather pulled first quarter GDP down 2.9 per cent and even if there was a massive rebound in the second quarter, it is likely that there would be no change in GDP over the first half. Yet, we added about 1.3 million jobs in this period, making it the fastest period of job creation during the phase of recovery.

Besides, as Capital Economics, a think tank, points out in a recent report (US Economics Weekly, July 14), the rise in employment is not being driven by low-paid burger-flippers.

The "quality" of employment is actually quite satisfactory, with jobs being added in construction and business services. The average pay for these is actually a little higher than the average of the existing pool of workers and this suggests that the quality of jobs has actually gone up.

If employment expansion proceeds at this pace, it is possible that the unemployment rate will soon drop below six per cent from the 6.1 per cent that printed for June. There is also some evidence to show that in some sectors it is increasingly difficult to find workers to fill vacancies.

While six per cent is widely seen as a threshold, and a fall in the rate below that level should nudge the US central bank into considering a reversal in its rate stance, there is a case against an immediate hike in the US Fed's policy rate.

Wage growth remains muted and overall Consumer Price Index inflation is just a little over the target level of two per cent. In a recent testimony to the US Senate committee, Fed boss Janet Yellen reiterated the need for continuing monetary stimulus, citing "significant slack" in the labour markets.

But these things have a habit of changing quite unexpectedly. If the improvement in the labour market continues, wage pressures are likely to build up and feed an inflation spiral.

Thus, the Fed might have to raise the Fed funds rate that it targets (it is currently in a range of 0-0.25 per cent) earlier than most analysts, including the Fed's in-house team, have anticipated.

This would lead to a rise in bond yields across the board and the easy trade in which investors borrowed cheap dollars to invest in higher-yielding assets will come to an end. Markets are slowly beginning to factor in this prospect.

The extreme optimists who had earlier predicted the first Fed funds rate hike in early 2016 have now advanced to the last quarter of 2015. The more conservative forecasters now expect a rate hike as early as March 2015.

Emerging markets (EMs) are bound to be affected adversely by this combination of lower liquidity and higher dollar interest rates, and it would be interesting to see which markets are more vulnerable than the others.

A recent report by the Institute of International Finance ("No time to relax", July 2014) attempts to do this. A useful reference point is the turmoil that EMs went through when the Fed first announced the prospect of a withdrawal of quantitative easing in May 2013.

Then the "fragile five" - India, Brazil, Turkey, South Africa and Indonesia - were seen to be most at risk and were characterised by large current account deficits and impending political uncertainty on the back of impending elections this year.

There have been changes since then. A reduction in the current account deficit and a decisive election mandate has, for one thing, taken India out of the list. On the other hand, Russia enters the list as domestic financial vulnerabilities persist on top of political uncertainty stemming from the Ukraine situation.

However, even if it does not make to the list of the most fragile and exposed, it will certainly bear some brunt of the reversal of the Fed's stance on interests. Our asset markets - debt, stocks and currency - need to brace for this. 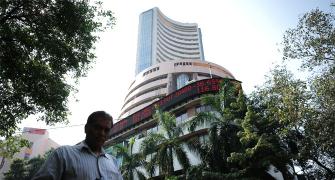 High on Modi but will the stocks deliver? 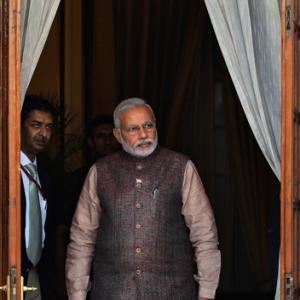 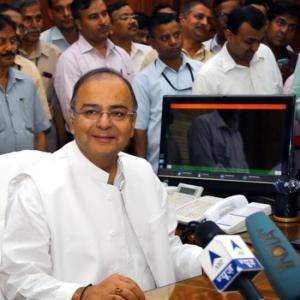