There are many good reasons why 2015 will be crucial for the Narendra Modi government. A new government with a clear mandate for a five-year tenure at the Centre usually takes six months to settle down. It gains momentum only after that initial period of six months by which time its strategies become clearer and its initiatives start yielding tangible outcomes.

In comparison, the first six months of a new government are largely spent figuring out what it needs to do and how. This may be a charitable explanation of what happened in the last six-seven months. But that is perhaps how the Modi government, which was formed last May, will explain its performance in 2014.

The weaknesses in the Budget presented in July 2014 were attributed to the short time the government had in preparing its first annual financial statement, although the P V Narasimha Rao government in 1991 had an even shorter time to present its first Budget that set the road map for economic reforms along with some bold decisions. For much of 2014, the Modi government did not even have a chief economic advisor. The prime minister’s economic advisory council had been disbanded and the Planning Commission was in limbo, denying the government the benefit of technocratic advice on policy.

High-level meetings with leaders of Japan, China and the United States were organised, securing commitments of large foreign investments and an improvement in relations with the three top economies, accounting for over 40 per cent of the world’s total gross domestic product. But domestic investments refused to get a fillip for want of adequate policy clarity and foreign investors were still wary of unfriendly tax policies in spite of assurances to the contrary.

There were also many announcements of grand schemes to boost the manufacturing sector in addition to expanding financial inclusion and increasing the coverage of the Aadhaar-based network of transfer of subsidies through bank accounts. But questions on how those schemes would be implemented raised doubts about the government’s preparedness and realism.

And then the divisive religious campaign of the Sangh Parivar kept rearing its ugly head and troubled the Modi government to the extent that it came in the way of the smooth functioning of the winter session of Parliament, emboldening the opposition parties to stall the passage of several reformist Bills for legislation. Left with no immediate alternatives, the Modi government decided to follow the ordinance route to assert its reformist commitment even though the path chosen was rightly criticised as undemocratic and unsustainable.

At the start of 2015, therefore, the prime concern of the Modi government would be to plan how well it could grab the opportunities the current year offers it and what it needs to do to exploit them for its own as well as the Indian economy’s benefit. The urgency for early action is also triggered by the general understanding that the low international crude oil prices, which have given some breathing space for the government’s finances in particular, may start climbing again in the latter half of the year. The Modi government, therefore, has a short window of opportunity to get its act together and reap the dividends through some durable reforms.

Four specific areas will be watched carefully in the first half of 2015 — the Modi government’s second Budget to be out by February-end, the success of the government’s strategy to deal with disruptions in Parliament and implement its legislative agenda, the effectiveness of the major programmes for subsidy transfers, and the influence the government can wield on the Sangh Parivar restraining it from promoting its pro-Hindutva campaign.

On the Budget, the expectations will be to break from the past few years’ template of overestimated revenues and underestimated expenditures. The numbers the next Budget produces must be credible so that the fiscal consolidation path it projects looks sustainable.

The gains from subsidy reduction as a result of the lower oil prices will be a bonus, but the additional impact of likely tax devolution to states in the wake of the 14th Finance Commission’s recommendations would also have to be built into the Budget numbers. Most importantly, tax policies have to incorporate the many sensible suggestions made by the tax reforms committee.

The Modi government’s approach to the opposition political parties in bringing them round to supporting some of the sensible legislative changes that is sought to be brought about will be an important element in ensuring a decisive and purposeful 2015. If the government opts for convening a joint session of Parliament to pass some of the stuck Bills for which ordinances have already been issued, it may move on with reforms — but the sustainability of that path will remain in doubt as its relationship with the opposition parties will continue to be strained.

An associated challenge will be to roll out without any hitch the Aadhaar-based network of transferring subsidies to their recipients. If 150 million families can be covered under the direct benefits transfer scheme for cooking gas supplies by March (the coverage has already increased from 23 per cent to 43 per cent in the last few weeks), the current year will see a dramatic transformation in governance touching all sections of society.

The biggest issue that must be tackled in 2015 is whether the government can enter into an understanding with the Sangh Parivar on how it should conduct its religious campaigns without any adverse impact on the government’s functioning. This will be a difficult task. But the kind of India that emerges at the end of 2015 will depend largely on the success or failure of this exercise. 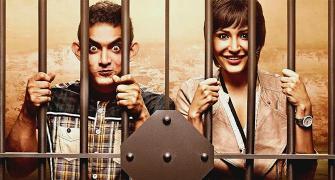 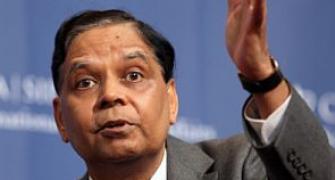 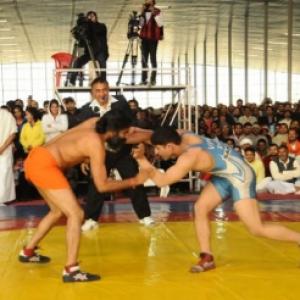