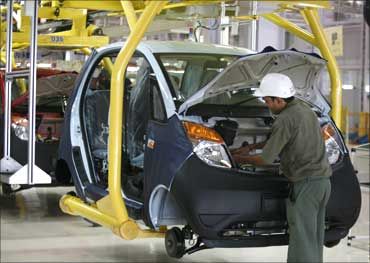 Thanks to rupee depreciation, India has a chance to fundamentally rework its stifled manufacturing sector, says Mihir S Sharma.

The most resolute believers in the price system choose to abandon their faith when it comes to Indian exports. The rupee may fall, they say, but that won't help Indian exports - because of supply constraints, uninterested trading partners, and too many imported, pricier, intermediate inputs.

Exchange-rate pessimism - specifically about whether exports respond to depreciation - has a long history in economics. Indeed, "elasticity pessimism" was the intuitive underpinning for the post-War Bretton Woods system of fixed exchange rates.

This was in spite of the fact that such pessimism about export markets essentially suggested, in Paul Krugman's irritable words, that "the overall demand curve for a nation's products is vertical or even upward-sloping" - which, to economists, is like a violation of the law of gravity.

Demand curves slope downwards, just like apples fall from trees. And besides, export pessimism ran into a small empirical problem: it didn't work.

Even in India, where traditional macroeconomics comes to die. The rupee has gone through several de facto devaluations and depreciations. In each case, India was running a high current account deficit; in each case, that went away following the depreciation.

Imports went from being 80 per cent more than exports in 1966, when the rupee was devalued, to just 6.5 per cent more in 1970. Exports went up by 37 per cent in four years without any supportive structural reforms whatsoever, in an economy riddled with "supply constraints".

Nor is this experience unique to India. Britain's current account went from a big deficit to surplus in two years, after it devalued in 1968. Similarly Italy, 1992; Mexico, 1995; Korea, 1998. In fact, it would be easier to list places where it didn't happen. Here's the list: None.

Even where it appeared that depreciation had no effect on exports immediately, it did after 12 to 15 months. During the late 1990s' East Asian crisis, there was much wailing and gnashing of teeth because the current account deficit wasn't being repaired, and exports weren't picking up; lo and behold, a little later, they did.

This balance-of-payments pattern should have been anticipated - it's called the "J-curve", and it has a pedigree stretching back to Alfred Marshall, the man who invented neoclassical economics in the 1870s. Imports can be tougher to cut down on, while exports take a little longer to build up, given that contracts and so on have to be signed. So, for a while, imports become more expensive, while exports don't respond sufficiently. But give the economy time to adjust, and it always does.

There is a large economic literature reconciling short-run sluggishness with a medium-term response. The higher the costs of adjusting contracts with foreign buyers, and the greater the barriers to entry into the export markets, the slower exports respond. That second point is perhaps where this ubiquitous "supply constraints" is supposed to fit.

But this story has holes. Consider textiles, for example. For three years, we've read that Indian garment and textile exporters are reducing production, since high costs have led Bangladesh and even Vietnam to out-compete them.

If so, any capacity constraints are clearly temporary - especially if there are more months like June, which saw a 20 per cent jump in orders. Similarly in steel: SAIL expects to double exports this year.

Even those companies struggling after the Supreme Court cut off supplies of high-grade iron ore are adapting; they're turning to lower-grade iron ore. "Pelletisation", which converts low-grade iron ore to pellets that can be used in steel plants, has gone from zero to 60 million tonnes in a few years.

Meanwhile, car companies with capacity freed up by dwindling domestic demand are focusing on exports, too: Toyota will increase exports by 25 per cent this year, and all of them are reducing their dependence on imported components.

In fact, thanks to depreciation, India has a chance to fundamentally rework its manufacturing sector. In recent years, India had all the classic features of a resource-exporting country with an overvalued exchange rate: excessive final- and intermediate-goods imports, a stifled domestic manufacturing sector, and a current account deficit.

So taking a short-term view of the current account deficit and trying to push up iron ore and coal exports to return to a pre-depreciation stage would be a mistake.

A weaker rupee provides a chance for an export surge, and India should seize it. Exporting natural resources and low-value-added products like jewellery and petrochemicals is a development dead end.

One World Bank study of 92 episodes of such surges - "significant increases in manufacturing export growth that lasted at least seven years" - showed they followed a massive currency depreciation, which caused a reallocation of resources to exporting sectors.

The discovery of new export products and new markets drive the surge - the World Bank researchers call it a "grand opening sale" that forges new trading relationships. The Harvard economist Dani Rodrik argues that such depreciations can even overcome failures of markets or governance in sectors that produce tradable goods.

This reorientation could do with help, though. Essential infrastructure like highways and ports costs money. But at world trade talks in Bali later this year, "trade facilitation" is the heart of the agenda.

The assistance that developing countries will receive to facilitate greater trade could be "soft" (just for transparency at borders) or "hard" (aid for actual physical infrastructure). India is likely to be a swing player again at these talks. So, if it is serious about a big push to manufacturing exports, it should demand that a deal involve "hard" assistance. If the government can't push domestic reform, let it at least commit to changing India's pattern of trade. 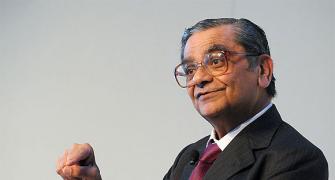 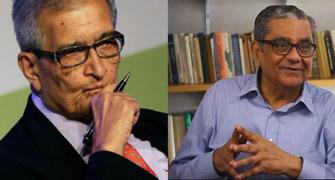 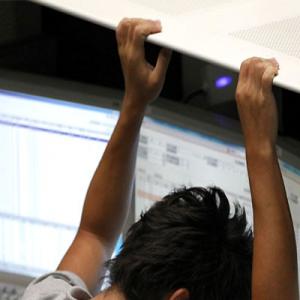 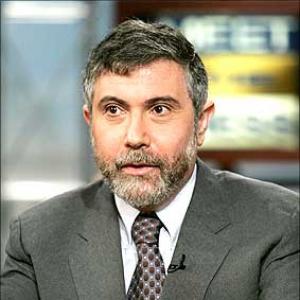 Why the panic over India, asks economist Paul Krugman