With the weaker-than-expected agreement at the recent Climate Change Conference at Lima, there is an urgent need to highlight endeavours in civil society and business for a sustainable global economy with grassroots empowerment, say Rajni Bakshi. 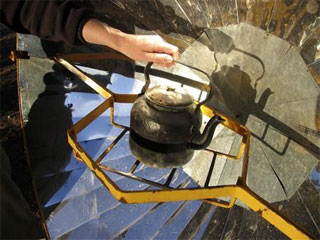 Chennakhotapalli, a village on the Bangalore-Hyderabad highway, could be a show case for climate mitigation action. Over a thousand farmers in the area are running projects - like organic agriculture and cooking without coal or wood - under the Clean Development Mechanism (CDM) that reduce carbon emissions.  But most of them are under no illusion that their efforts will actually stem climate change.

The CDM, a part of the Kyoto Protocol, encourages emission-reduction projects in developing countries, which earn certified emission reduction (CER) credits. Each credit is equivalent to one tonne of CO2, and can be sold and traded—mostly to be used by developed countries to meet their emission reduction targets.

So why do communities around Chennakhotapalli participate in the programme and yet have few expectations of change at the macro level? Because they know that without a major paradigm shift in both technology and business models, climate change cannot be stemmed, no matter how many villages and towns join the CDM.

While micro endeavours like the ones around Chennakhotapalli are celebrated at international gatherings like the recent Conference of Parties on climate change at Lima, their demand for a profound shift away from “business as usual” remains on the fringes. Thus, government-level negotiations are reduced to haggling over who has a greater “right” to add carbon to the earth’s atmosphere.

At the same time, given that the outcome of the Lima summit has been lower than the lowest expectations, there is an increasingly urgent need to highlight efforts by civil society and businesses of all sizes to create the building blocks of what can eventually become a paradigm shift.

For instance, why do farmers in a seemingly unremarkable village in South India even imagine that a different paradigm - one that replenishes rather than depletes the environment - is even possible.

That is because over the last quarter century many of them have been closely involved with Timbaktu Collective, a local non-governmental organisation that has revived hundreds of acres of barren land - filling it with trees, shrubs, pastures, and water bodies - using mostly organic methods that have a low eco-footprint.

India is home to hundreds of such innovative endeavours, many of which are inspired by Gandhi’s critical insight that an economic system that treats greed as a positive value is not sustainable.

This is what British economist Nicholas Stern confirmed when, in a 2006 report for the British Treasury, he famously described climate change as the greatest market failure in history, because everyone pursuing their self-interest has led to a collectively self-destructive outcome. 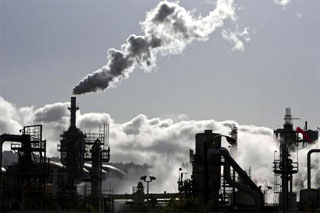 Many who share this assessment have creative responses to offer. For example, British billionaire Richard Branson supports a Carbon War Room, a potential hub for technologists, financiers, and innovators. This initiative aims to accelerate the adoption of business solutions that reduce carbon emission at gigaton scale.

According to the Carbon War Room’s website, almost all the technologies required to make a dramatic shift towards a low carbon economy already exist but are not being used on the scale required because government policy and financial systems are lagging behind.

The Rocky Mountain Institute in the US, led by Amory Lovins, co-author of the book Natural Capitalism, has been working closely with businesses to deploy technologies that will inaugurate a new industrial revolution. On 17 December, the Carbon War Room and the Rocky Mountain Institute announced an ambitious collaboration to advance market-based solutions to drive global energy use away from fossil fuels.

The United Nation Framework Convention on Climate Change (UNFCC) itself serves as a hub for a wide variety of information on technology, business models and finance.  UNFCC chief, Christiana Figueres, has promoted a web platform called Our Voices, which enables people across the world to appeal to their religious leaders to push for more ambitious climate action. Over the last year, some church groups on both sides of the Atlantic have withdrawn from investments in fossil fuel companies. Even some pension funds are migrating to cleaner investments.

However, these positive trends are up against daunting odds. The Green Climate Fund of the UNFCC needs to raise $100 billion annually for climate action, but at present it has commitments of about $9.7 billion.

At the same time, according to estimates of the International Energy Agency’s,there is still an annual global subsidy of $544 billion for fossil fuel consumption.

According to the International Monetary Fund, which also takes into account the negative effects of burning fossils, the subsidies amounted to about $1.9 trillion in 2011.

The G20 governments are not only lagging behind in commitments they have made to phase out fossil fuel subsidies, they are annually spending about $88 billion to subsidise the quest for still more fossil fuels.

It is in this context that the farmers around  Chennakhotapalli don’t see CDM as a solution. If human life is to be sustained in the tropics right into the 21st century the solution is not merely technology or finance but a shift in the  value system . The folks at Timbaktu have etched their creed on a stone that marks the entry to their land: “live simply so that others may simply live.” 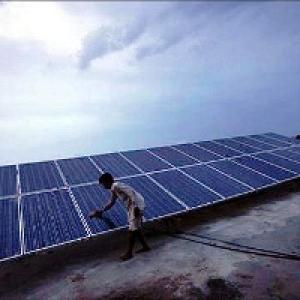 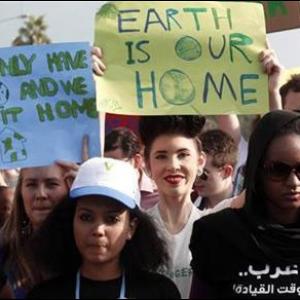