Filtering of websites has now been introduced as a discussable topic. The current battle is about who will control the most visible and glamorous layer, the content layer, writes Ajit Balakrishnan.

On January 18 users attempting to access the online encyclopaedia Wikipedia saw a black screen, and a statement that first said "Imagine a world without free knowledge", and then announced that "for 24 hours, to raise awareness, we are blacking out Wikipedia". Thousands of other sites joined this protest in a similar fashion. 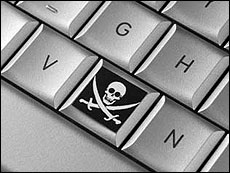 The din of protest soon reached such a level that the sponsors of the US bill being protested - the Stop Online Piracy Act, or Sopa - were forced to withdraw it, saying that the bill would not come up for a vote "until there is wider agreement on a solution."  From the phrasing you can be sure that this is only a tactical withdrawal, and the battle will soon resume.

Why this maelstrom of protest against a piece of legislation that started out declaring loftily that its goal was "To promote prosperity, creativity, entrepreneurship, and innovation"? For an answer to this you need to only glance at the armies assembled for and against it.

The supporters of the bill include all of Hollywood (studios, actors, directors, musicians and technicians), the American music and theatrical establishment, and the largest American trade union body in America - the AFL-CIO - among others.

The opponents are the the Silicon Valley crowd: Google, Yahoo!, YouTube, Facebook, Twitter, AOL, LinkedIn, and, of course, Wikipedia - besides the American Civil Liberties Union and Human Rights Watch.

Mr Murdoch has thrown his weight behind this anti-piracy movement with his tweet: "Piracy leader is Google who streams movies free, sells advts around them". A second tweet criticised Obama for "throwing his lot with Silicon Valley paymasters who oppose a pair of anti-piracy bills".

I haven't heard the word "piracy" thrown around so much since I, as a thirteen-year-old, buried my nose in Robert Louis Stevenson's Treasure Island, a book populated with sailors with names like Black Dog, with one leg, and with parrots on their shoulders, a book with mysterious oilskin-wrapped maps with 'X's marked on them that lead to treasure buried in far-off tropical islands.

It was a master-stroke when music companies, first in America and then the world, pinned the word "piracy" on all that people did without their approval with music.

What caused their ire was the appearance of the CD, the compact disc. Music companies watched in consternation as their revenues plummeted; young people were sharing copied CDs. Then the internet came along, adding to the misery of the music companies.

The digital era brought on what can justifiably be called the golden age of piracy, a term that history books have hitherto reserved for the 17th century, a time when people like Blackbeard and Morgan the Pirate roamed the Caribbean, flying the skull and crossbones flag, pouncing on Spanish ships carrying gold from South America to Europe.

The English authorities looked the other way until the attackers overstepped and started attacking British ships; the word "pirate" was invented to describe and prosecute them.

From our vantage point of the early 21st century we would probably condemn not just the pirates but also the Spanish galleons - after all, they were carrying gold and treasure that they had looted as colonialists from South America.

We feel a similar ambivalence about the current imbroglio about media piracy.

The framers of Sopa have proposed things which would bring a gleam to the eyes of authoritarian regimes worldwide.

They have, for instance, introduced the concept of a "US-directed site" and defined it as "an Internet site or portion thereof that is used to conduct business directed to residents of the United States".

So, off with the World Wide Web! Websites will henceforth be seen to be "directed" at one or the other country, and be subject to liability in the country they "face".

The original bill even required these servers to stop referring requests for infringing domains to their assigned IP addresses, which is the equivalent of telephone directory enquiry service not responding to requests about offending people's numbers.

Filtering of websites has now been introduced as a discussable topic.

The communication theorist and Harvard law professor Yochai Benkler has taught us that the internet has three layers.

Battles about who will control what layer have been going on for some time - but the battles about the physical and logical layers are conducted in technical conferences and have little mass media value.

The current battle is about who will control the most visible and glamorous layer, the content layer.

The author can be contacted at: ajitb@rediffmail.com