New York and the New World

Financialised masses not only provide feedstock inputs but are also voters whose political support for funded savings cannot be taken for granted, says Ajit Balakrishnan.

My office in New York, at 42 Broadway, is around the corner from Wall Street and no more than a dozen yards from the 11-feet-tall bronze bull sculpture that has come to symbolise the financial centre of the city.

The streets are usually crowded with tourists jostling to have their pictures taken with the bull. Traders earnestly make their way to work, or step out for coffee on a tense trading day.

But of late a new group of people has emerged in this landscape: the Occupy Wall Street protesters carrying placards that read: 'Occupy Wall Street, un-occupy Afghanistan'; 'You cannot be rich without making other people poor'; and 'Separate business and the state'.

The protesters range from age 20 to 70. Their confrontation with the police is, for the moment, non-violent.

The Web site maintained by these protesters, occupywallst.org, says: "(It) is a leaderless resistance movement with people of many colours, genders and political persuasions. The one thing we all have in common is that We Are The 99 Percent that will no longer tolerate the greed and corruption of the 1 per cent."

The site also draws a parallel between these protests and the ones in Egypt last spring: "From Tahrir Square to Times Square: Protests Erupt in Over 1,500 Cities Worldwide."

Similar demonstrations are starting to spring up in other American cities such as Los Angeles, San Francisco, Chicago and Boston.

The target of this ire are the 1 per cent of the 'haves': The banks, the mortgage industry and the insurance industry, collectively termed 'Wall Street'.

New York Times columnist Nicholas Kristoff, hardly known as an insurrectionist, murmurs in sympathy with the protesters and gives statistics such as 'the top 1 per cent of Americans possess more wealth than the entire bottom 90 per cent' and the average salary in the New York securities industry is 5.5 times that of other private sector jobs.

'The banks have gotten away with privatising profits and socialising risks, and that's just another form of bank robbery,' he adds. These are strong words.

Martin Wolf, again a writer not quite known for insurrectionist views, in a much-quoted 2007 article in Financial Times, described 'the triumph of the speculator over the manager and the financier over the producer' and pointed to the resultant regulatory, political and social challenges.

Academia is also recognising the disproportionate role finance has come to play in modern economic life and have given it a name, 'financialization'.

In their book, Financialization at Work, Professors Ismail Erturk and Julie Froud, of the Manchester Business School, write that the phenomenon of 'financialization' may be at the root of increasing inequalities in contemporary democracies.

They describe the process of financialization as working through 'coupon pools', the main feature of which is that on the one hand there is a 'massification' of household savings and on the other a dramatic growth in the number of financial intermediaries.

Intricate feedback effects work between the two. This large group of financial intermediaries is made up of venture capitalists, private equity partners or hedge fund managers, all of whom are deal-driven with a '2 and 20' fee structure, where they earn a 2 per cent per annum fee for the capital they manage along with 20 per cent of profits.

The financialized masses not only provide feedstock inputs but are also voters whose political support for funded savings and light-touch regulation of financial services cannot be entirely taken for granted.

Therefore, the intermediary elites must 'endlessly rehearse the justification of their positions in terms of general socio-economic benefits'.

They say the clearest empirical result of financialization and coupon pool capitalism is the increased inequality of income between the elite financial intermediaries and the financialized masses.

As for the future implication of financialization, the authors echo what Chinese leader Chou En-lai said in the 1960s when asked about the effects of the French Revolution of 1799: 'It is too soon to tell.'

Ajit Balakrishnan is chairman and publisher, India Abroad, and chairman and CEO, Rediff.com. Comments to ajitb@rediffmail.com 'The matchmaking business is worth Rs 5,000 crores' 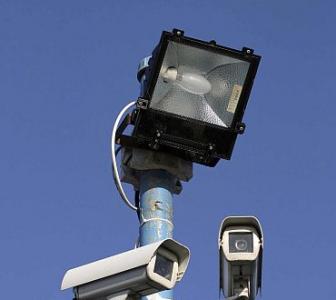 We may miss out on Olympics bus again: Ajit Pal