What can Mudra Bank do that can't be done now with some tweaking of the existing system? I dug around a bit and discovered, to my horror, that successive governments have focused on microlending for decades, says Debashis Basu. 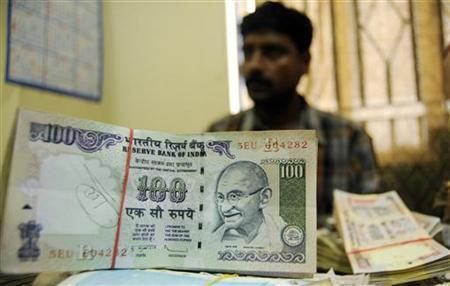 For some strange reason, every new government wants to launch a new bank, or a major financial institution and multiple financial products.

Previous governments have been responsible for superfluous organisations like IDFC with headquarters in Chennai, the Bharatiya Mahila Bank in 2013, the Rajiv Gandhi Equity Scheme, etc.

The Narendra Modi government, following the same path, may well outdo previous governments, because Mr Modi, like Indira Gandhi, believes the government alone can "fix" the many problems India has.

In just 10 months, the government has launched Jan Dhan Yojana with a lot of fanfare and a financial product called the Sukanya Samriddhi Scheme in January this year.

On April 8, probably with as much fanfare and full-page ads in newspapers, the government will announce the launch of the Micro Units Development and Refinance Agency (Mudra) Bank.

Is there a need for Mudra Bank?

Well, arguments can always be cooked up to support a direct government intervention to solve any one of our many chronic problems.

One such problem is inequitable availability of finance. Too much of capital goes to large companies and too little to small businessmen.

This is unfortunate because study after study has proved that not only are smaller borrowers more honest in repaying debt, but collectively they have a huge economic impact.

To believers of state intervention, like Mr Modi, the answer to this is a strong government initiative. How else can you break the stranglehold of "greedy" moneylenders and "lazy" bankers to provide money to the small guy?

This sounds "equitable" in theory and, therefore, an irresistible as a policy action.

Except that whatever Mr Modi is trying today, has been tried before and has failed miserably.

Remember, it is this same desire to ensure equity through determined government action that drove the socialist Indira Gandhi to nationalise banks and force them to lend to "priority sectors" that include small businesses and micro units.

Not only did such "directed credit" not work, but government control over banks led to large-scale corruption and repeated recapitalisation through taxpayers' money.

This further reduced the money available for small businesses.

It is a bizarre irony that 35 years later, Mr Modi, the darling of the Indian right, is responding to the same chronic problem with the same failed socialist solution of Indira Gandhi: a government bank for the small borrowers with a breathtakingly large remit.

Mudra Bank will be a Rs 20,000-crore institution, which would "primarily be responsible for refinancing all micro-finance institutions which are in the business of lending to micro and small business entities".

It will be supported by an additional Rs 3,000 crore (Rs 30 billion) from the Budget to create a credit guarantee corpus to guaranteeing loans being provided to the micro enterprises.

It would partner with state-/regional-level coordinators to provide finance to the "last-mile financier" of small and micro business enterprises.

Not to forget that it will "primarily be responsible for laying down policy guidelines for micro/small enterprise financing business; registration, regulation and accreditation/rating of MFI entities; laying down responsible financing practices to ward off indebtedness and ensure proper client protection principles and methods of recovery".

It would also be "responsible for the development of a standardised set of covenants governing last-mile lending to micro/small enterprises; promoting right technology solutions for the last mile; formulating and running a credit guarantee scheme and creating a good architecture of last-mile credit delivery to micro businesses under the scheme of Pradhan Mantri Mudra Yojana."

Phew! So Mudra Bank will be a lender, consultant, regulator, think tank and an agent of social change, all rolled in one.

Unfortunately, if this is what Mudra Bank is supposed to be, it will suffer from a congenital defect at birth: too many conflicting objectives - something that beset Unit Trust of India earlier and still affects government-controlled banks and insurance companies.

This is how all public sector units used to be conceived.

Clearly, the babus who have drawn up the Mudra Bank seem to belong to the 1970s, too, not just the idea. But wait a minute.

What can Mudra Bank do that can't be done now with some tweaking of the existing system? I dug around a bit and discovered, to my horror, that successive governments have focused on microlending for decades. As a result, the Modi government has already inherited a massive bureaucracy and welfare system meant for small businessmen.

Priority sector lending by all banks

There are at least three ministries now involved in helping small business in some way or the other: finance; micro, small and medium enterprises; and a new ministry of skill development and entrepreneurship; apart from ministries like tribal affairs and social justice running their own sectarian schemes for tribals and scheduled castes, respectively.

I may have missed a few more organisations and the many departmental schemes that try to put money extorted from taxpayers, into the pockets of chosen people.

This array of government companies, schemes and initiatives overseen by a vast bureaucracy, based on some warped but failed notion of government-delivered equity, was not enough for Mr Modi.

He had to set up a new bank, another new bureaucracy, borrowing ideas of the 1970s, even as there is no accountability for taxpayers' money already wasted on numerous initiatives to "support" small businesses of various kinds. And this from a regime that had promised minimum government. 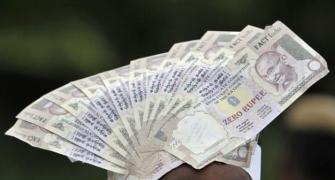 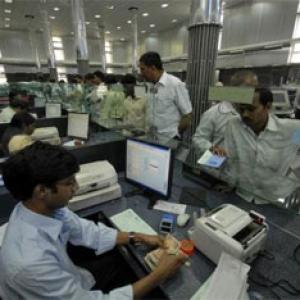 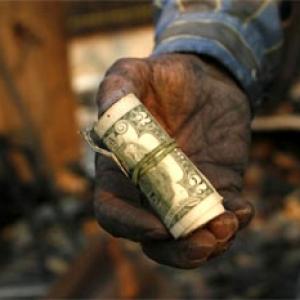