The turbulence in global markets over the past few years feels like it's been more intense than ever before. Confirming this visceral sense, medium-term market volatility (measured by the five-year average of the volatility index, or VIX) is at an all-time high (of 25.96).

The previous all-time high (of 25.79) was nearly ten years ago, in June 2003, when the world was grappling with the fallout of 9/11. Markets actually had to close down for a couple of days at that time, and there was a sense that the world had changed forever.

Muslim countries and countries with Muslim populations, empowered since 9/11 signalled the beginning of the decline of Islamic fundamentalism, have become richer, more confident and, of course, more assertive.

The Arab Spring is only one face of it, and, indeed, this empowerment has spread to people from many other non-Muslim emerging countries.

This "spring in the step" of billions of poorer people is, of course, the direct result of globalisation, which continues to move inexorably forward.

It is now exerting excruciating pressure on jobs and lifestyle in the rich countries, where embattled politicians have been trying  for over a decade  to paper over this fundamental change with policies that have led to a rolling series of crisis after crisis.

And it ain't over yet.

Market volatility will remain high  even if the VIX were to stay at its currently low level, the five-year average will continue to rise for at least another six months  and, to be sure, there will be few medium-term trends to rely on.

Immediately, of course, there's Europe. While Greece may well hang on through its next handout or two, it is hard to see how it can survive in the euro. Not only does it have  like most Western countries  nearly dysfunctional politics, it doesn't really produce anything that the world wants.

I can't remember ever having seen a "Made in Greece" label on anything. Sure, olives and feta cheese and, certainly, retsina are wonderful, but, as the saying goes, man cannot live by bread alone.

How a Greek exit from the euro zone will play out is anybody's guess. The only thing that's sure is that the lawyers will make out like bandits.

However, that will not be the end of Europe's  and the market's  woes. While most other euro zone countries are sounder, both financially and in competitiveness, the truth is that they are  or, certainly, will be  no match for the unwashed billions who don't need a month off in August and will be willing to work in incomprehensible (to Europeans) circumstances.

European competitiveness will continue to decline, and young people will be force-fed into lower-paying and more menial jobs. Political unrest will become endemic, which could lead to increased Islamophobia.

Already, the continent that brought us the Enlightenment is showing signs of an unseemly and immoral intolerance. Compounding this is the demographic challenge, which will continue to attract immigrants from neighbouring Muslim populations. Domestic politics in Europe will get even more difficult to manage.

This could finally lead to Germany (with a couple of its friends) exiting the euro, or what remains of it. More fun for the lawyers.

The other major play is, of course, the US, which is moving  also inexorably  towards more inclusive growth, to borrow a phrase we know well. And as we also know, this is a difficult process, particularly where the political power structure is so completely commercialised.

Mr Obama's original internet campaign provided some hope, but he, too, perhaps unwilling or unable to tilt at the huge windmills of vested interests, has fallen back into the status quo of politics.

Nonetheless, he is a necessary bridge, and, perhaps during his second term, we will see true American creativity rising to the occasion, as it always has.

But the main story is, of course, China, which is already fully immersed in its role as world leader. And, while everybody  self often included  wants to believe that it isn't real, it can't be real, that something or another will slow down the Chinese juggernaut, let's remember (from the market) that the trend is your friend. As long as China remains on a roll  and growth that is more than double the world average is being on a roll  don't bet against it.

In sum, the high market volatility is simply the result of the old order digging in its heels in a furious effort to fend off the future. This drama will continue  and volatility will remain elevated  till a critical mass of people acknowledges the new order.

Perhaps, the turning point will be when a Chinese politician heads the International Monetary Fund and an Indian the World Bank. 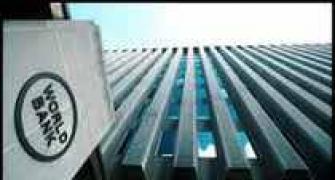 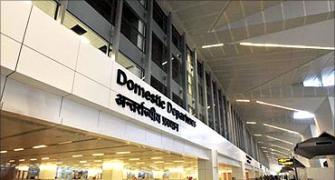 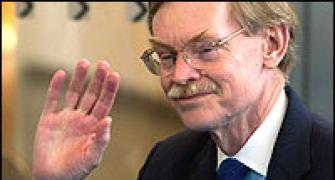 US govt wants an American to head World Bank 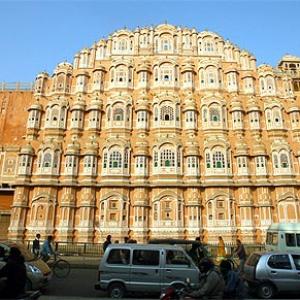 'The Arab Spring is in great distress'